There are enormous questions about implementation, and the first issue is that of identifying the farmers 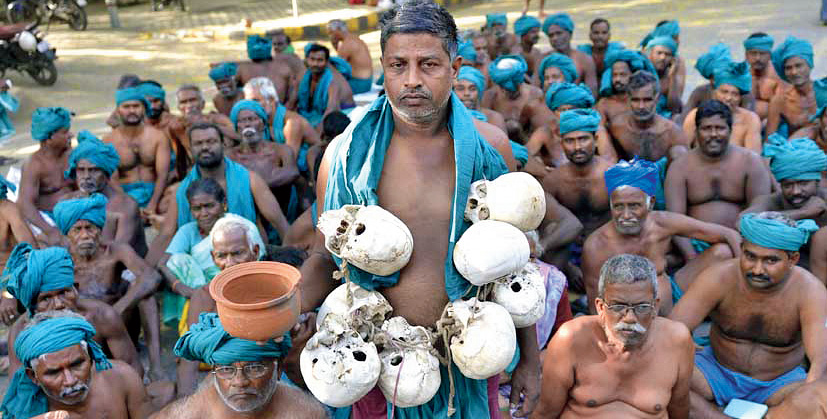 Everyone expected the Narendra Modi government to do something big — or at least promise something big — before the general elections. Everyone also sensed that it would be something to do with farmers, one of the economic and social concerns that have now also become a political talking point. But perhaps no one expected that the government would dare to make massive budgetary commitments for the coming year in a vote-on-account (or interim budget), which is constitutionally outside the mandate of an outgoing government. A vote-on-account is only supposed to include spending measures for the immediate future.

It remains to be seen whether the brazen declarations in Budget 2019-20 on both increased spending and revised taxation policies that hand out many concessions would stand the tests of legality and constitutionality. The more significant question may be: will the various measures suggested actually be of benefit to farmers?

The big measure — in fact, the only significant measure — is the income transfer scheme for small farmers described as a “historic programme”: the Pradhan Mantri Kisan Samman Nidhi or PM-KISAN. The budget speech promises that “vulnerable landholding farmer families, having cultivable land upto 2 hectares, will be provided direct income support at the rate of Rs 6,000 per year. This income support will be transferred directly into the bank accounts of beneficiary farmers, in three equal instalments of Rs 2,000 each.” This will be fully funded by the Central government, which expects that around 120 million small and marginal farmer households will benefit.

This number must be based on the Agricultural Census 2015-16, which estimated around 12.5 crore operational holdings of 2 hectares or less across the country. Given this number, the expected annual expenditure is Rs 75,000 crore that would be payable by the incoming government over 2019-20. However, since the ruling party clearly wants some quick financial transactions to translate into electoral gains, the government proposes to make the scheme effective from December 1, 2018, so as to pay the first instalment by March 31, 2019. To that end, the finance minister has allocated Rs 20,000 crore for this transfer in the current financial year.

A sum of Rs 75,000 crore is a large amount for sure, but when considered in individual household terms, the amounts do not seem too large. As the Opposition has been quick to point out, this comes to a measly Rs 500 per month per family, or Rs 3.33 per day for a five-member farming family. This is not just a small amount in itself, it is also tiny relative to the average costs of cultivation of most crops across India.

Consider the estimates of average costs of the Commission for Agricultural Costs and Prices for wheat and rice. If we take only the lower costs (A2+FL, or all purchased inputs plus the imputed cost of family labour) and not the costs as demanded by farmers (C2, which also includes imputed land rent of own land and rental costs of own machinery), then the average cost of production for wheat is slightly more than Rs 30,000 per hectare and that for rice is above Rs 40,000 per hectare. If a farmer cultivates both crops (and almost all crops are part of double or triple cropping patterns), then the cost per hectare is at least Rs 70,000 per year. For a holding of two hectares, the costs come to at least Rs 140,000. The transfer of Rs 6,000 per farming household then really does seem like more of an insult than any kind of real benefit.

Even with this niggardly amount, there are enormous questions about implementation. The first issue is that of identifying the farmers. The numbers suggest that the government wants to give this transfer to all those who occupy small holdings, not just those who have the titles to the land. But how will this be established? In most states, tenancies are not recorded, women farmers are not recognized, and even land titles are often in a complex mess that leaves out those actually occupying the land.

If handouts are to be provided by March 2019, there is no way that such complexities can be addressed in a reasonable way, so it is more likely that it will simply be those who hold land titles who will benefit. This can become a source of much angst and sense of injustice, if actual small and marginal farmers are denied and absentee holders or others benefit.

Indeed, this was one of the major problems in the Rythu Bandhu scheme in Telangana which has created much resentment among tenant farmers (the majority) who have seen no benefit. This scheme has been perceived as having contributed to the victory of the Telangana Rashtra Samithi in the recent assembly elections, but it is more likely that farming families — and other families in both rural and urban areas — benefited much more from the scheme of universal non-contributory pensions of Rs 3,000 per month to every adult of 60 years and more.

Also, this supposedly grand scheme does little to address the actual problems that farmers are facing. Across the country, in rallies, marches and protests, farmers have repeatedly made some clear demands: resolving issues of land rights; ensuring affordable inputs; resolving problems of water management; dealing the overhand of debt to both public and private creditors and providing access to credit for both machinery and working capital at reasonable rates; ensuring a fair system of crop insurance and protection against natural and economic disasters; a more responsive trade policy that does not make farmers bear the brunt of global price volatility.

None of these appears to have even been considered by the government, at least if this budget is an indication. Indeed, as far as crop loans go, there was a reduction in the Central government’s subscription to the share capital of Nabard, which assists agricultural cooperative credit societies. In 2017-18, Rs 3,880 crore was spent, while the budget outlay in 2018-19 was only Rs 3,500 crore — and of this only Rs 2,000 crore was spent. For the coming year, the outlay has been further reduced to Rs 1,500 crore.

Many other areas of spending that directly affect farmers and rural people generally show the same niggardliness. The MGNREGA outlay was already inadequate to meet its needs given the huge amount of unpaid dues from the previous year and, as a result, the entire budgeted amount of Rs 55,000 crore was already spent by December. But the revised estimates provide for only Rs 61,000 crore — which really means that the Central government will, once again, not pay state governments their dues, leading to cutbacks in the programme, delayed wage payments and so on — all the more devastating since there has been a period of extensive drought across at least eight states.

All in all, the approach to farmers in this budget reaffirms the Modi government’s tendency to rely on optics and jumlas rather than on actual spending and concrete policies. It may have worked in its favour politically for a while, but that period seems to be coming to a close. At any rate, it is unlikely that this budget will either bring much relief to farmers or secure their approval for the coming elections.

The author is professor of Economics, Jawaharlal Nehru University