At the event, chief ministers of the region expressed their concerns over the Citizenship (Amendment) Bill 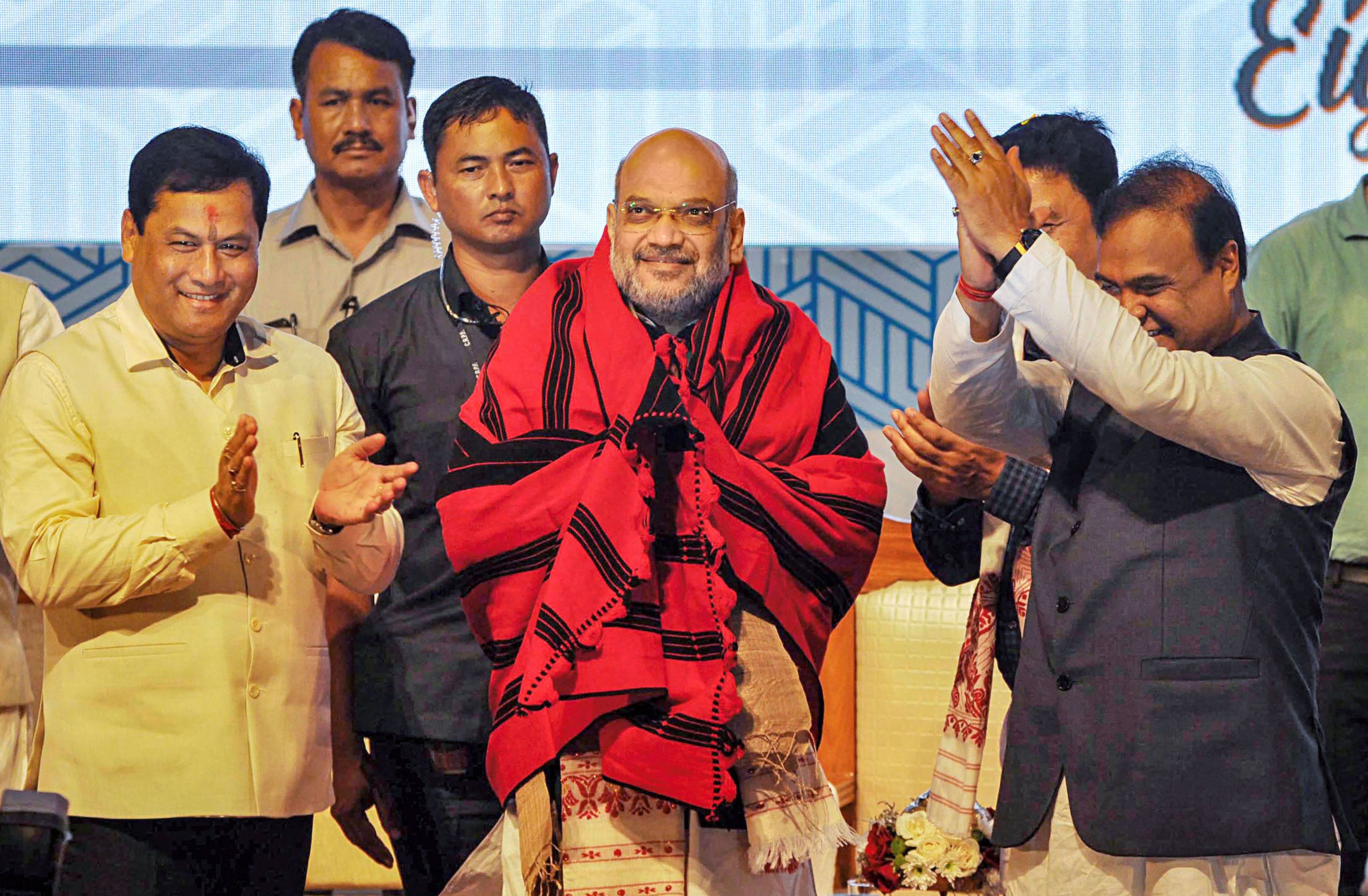 Union home minister Amit Shah asserted on Monday that the Centre intends to expel all illegal immigrants not just from Assam but the entire country.

Addressing the fourth conclave of the North-East Democratic Alliance (NEDA), the NDA's version in the Northeast, the BJP president also accused successive Congress governments of having alienated the region from the rest of the country.

'Our intention is to expel illegal immigrants from the entire country and not just Assam,' he declared. He alleged that the prolonged militancy in the region was because the Congress hardly cared for Northeast.

'The Congress governments sowed the seeds of strife in the Northeast. The party did not care for the Northeast and because of that militancy flourished. It always believed in the policy of divide and rule,' he alleged.

At the conclave, various chief ministers from the Northeast region expressed dismay over the Citizenship (Amendment) Bill.

Nagaland chief minister Neiphiu Rio said the 'highly controversial' Citizenship (Amendment) Bill will change the demography of the Northeast, if it is implemented by the Centre.

Strongly opposing the bill in the presence of Shah, Rio said all the Northeastern states had resolved earlier that they would not let the legislation affect the region.

'We believe it will change the demography of the North East. We need to understand the ground situation,' Rio said. He hoped that Shah and the central government would 'listen to us'.

Mizoram chief minister Zoramthanga requested Shah to exclude the Northeast from the purview of the bill, saying that all political parties that supported the bill are on the 'verge of suicide'.

'If at all, the bill has to be implemented, please see if the Northeast can be excluded from it. I request you to look into the vulnerability of the region. The Citizenship Bill is a very sensitive issue here. In most of the states where political parties supported it, they are on the verge of suicide,' he said.

The Mizoram chief minister said that he has full faith in the present dispensation at the Centre and believes that it will not take a decision that will adversely affect the interests of the region.

In addition to Zoramthanga and Rio, Meghalaya chief minister Conrad Sangma too expressed concerns over the Citizenship (Amendment) Bill at the conclave. Northeast has fears on the bill, Sangma said, urging him to take all the states of the region into confidence before bringing in the legislation again.

Sangma also questioned whether the Centre will bypass discussions with the states before reintroducing the bill.

'What will happen after Citizenship (Amendment) Bill? Will people continuously come from Bangladesh? Will there be any deadline or a continuous flow? We in Northeast have such fears,' Sangma said.

He requested the Centre to invite all stakeholders to discuss and arrive at a consensus over the issue.

The bill provided for according Indian citizenship to Hindus, Jains, Christians, Sikhs, Buddhists and Parsis from Bangladesh, Pakistan and Afghanistan after seven years of residence in India instead of 12 years, which is the norm currently, even if they do not possess any document.

The Lok Sabha had passed the bill on January 8 but it was not tabled in the Rajya Sabha.