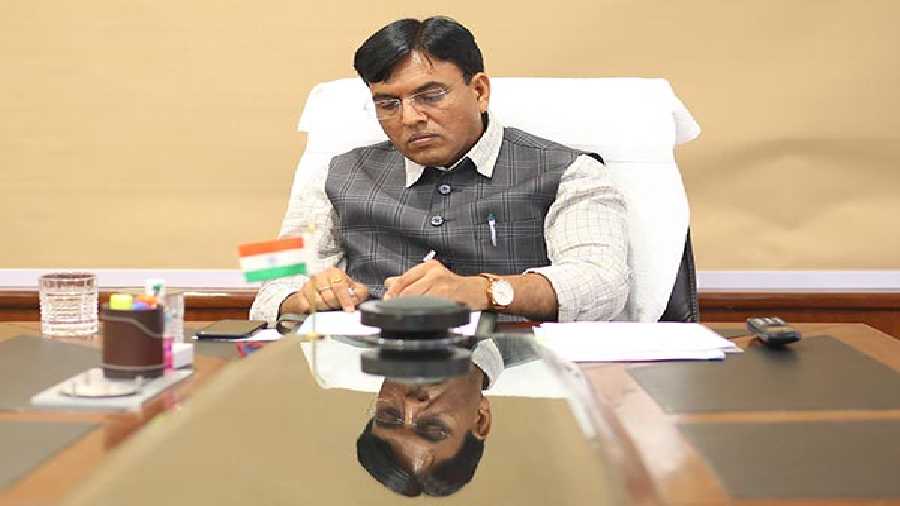 The minister launched the Intensified Mission Indradhanush (IMI) 4.0 virtually in presence of health officials of various states and Union Territories.

The IMI 4.0 will have three rounds and will be conducted in 416 districts (including 75 districts identified for Azadi ka Amrit Mahotsav) across 33 states and UTs, a health ministry statement said.

"India is implementing the largest immunisation programme globally where we annually cover more than 3 crore pregnant women and 2.6 crore children through the Universal Immunisation Programme (UIP)," he said.

Mandaviya noted that while the pace of routine immunization has slowed down due to Covid pandemic, IMI 4.0 will immensely contribute in filling the gaps and make lasting gains towards universal immunization.

It will ensure that Routine Immunization (RI) services reach the unvaccinated and partially vaccinated children and pregnant women, he said.

In the first round (Feb-April 2022), 11 states will conduct IMI 4.0. These are Assam, Uttarakhand, Gujarat, Jammu and Kashmir, Meghalaya, Mizoram, Nagaland, Rajasthan, Sikkim, Tripura and Chhattisgarh, the statement said.

The Union health minister saluted the commitment and dedication of the frontline vaccinators who brave difficult terrain and weather to ensure that the farthest village and household are covered with the protection of vaccines.

"The healthcare workers are providing a great service to the nation. Their dedication is an inspiration to me and to others for contributing to nation building," he added.

Mandaviya expressed satisfaction that efforts have been reflected in the latest National Family Health Survey which has indicated increased coverage.

"Vaccines are one of the most effective, affordable and safe methods to protect infants, children and pregnant women from diseases and mortality.

"With the aim to increase the full immunisation coverage, the prime minister launched Mission Indradhanush in December 2014 to cover the partially and unvaccinated pregnant women and children in pockets of low immunization coverage, high-risk and hard-to-reach areas and protect them from vaccine preventable diseases," he said.

Highlighting the important role of vaccines in public health, the minister highlighted the achievements of the country-wide COVID-19 vaccination drive under which around 170 crore doses have been administered till date.

This achievement of India has been acknowledged and applauded globally, he added.

He emphasised the need of "Sabka Prayas" and "Jan Lok Bhaagidaari" to achieve the goal of universal immunisation in the country.

"Only with the collective and collaborative efforts of the Centre, the states and beneficiaries shall be able to achieve the target of full immunization coverage in the country," he stated.

The minister urged states to work holistically at different levels, coordinating with district administration, panchayats and the urban local bodies, the statement said.

The minister virtually launched the IMI 4.0 portal and released the Operational Guidelines for IMI 4.0 -- "Strengthening Immunization in Urban Areas-A framework for Action -- a handbook for "Mahila Arogya Samiti on Urban Immunization" and awareness material developed as part of the campaign.

Till date, ten phases of Mission Indradhanush have been completed covering 701 districts across the country.

As on April 2021, during the various phases of Mission Indradhanush, a total of 3.86 crore children and 96.8 lakh pregnant women have been vaccinated, the statement said.

As a result of continuous efforts over the years for strengthening routine immunization and intensification drives conducted from time to time, the immunization coverage has shown a considerable improvement as per the latest reports of National Family Health Survey (2019-21) as compared to National Family Health Survey -4 (2015-16), the statement said.

The Full Immunization Coverage among children aged 12-23 months of age has increased from 62 percent (NFHS-4) to 76.4 percent (NFHS-5).

Three rounds of IMI 4.0 have been planned to catch up on the gaps that might have emerged due to the COVID-19 pandemic, it isaid, adding the activity will be conducted in 416 districts across 33 states and UTs, the statement said.