Advertisement
Home / India / India developed ties with Russia as US couldn't do it earlier: Blinken

India developed ties with Russia as US couldn't do it earlier: Blinken 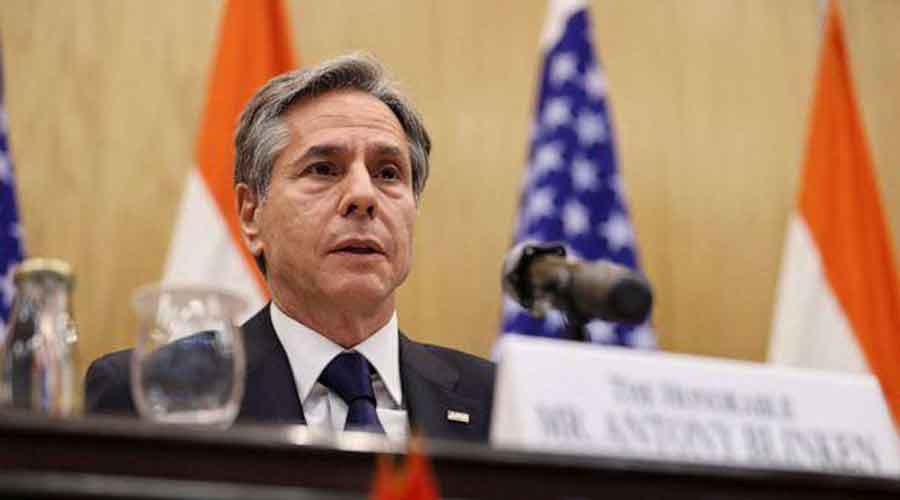 Asserting that now there is a growing strategic convergence between the United States and India, Secretary of State Tony Blinken said New Delhi built its partnership with Moscow out of necessity as the US was not in a position to do that earlier.

"In the case of India, there is a relationship that goes back decades. And Russia, for India, was out of necessity a partner of choice when we were not in a position to be a partner," he told lawmakers on Wednesday.

"Now, we are investing in that effort. I think there is a growing strategic convergence between the United States and India," Blinken said.

"And of course, China is a big part of that," Blinken said in response to a question from Senator William Hagerty during a Congressional hearing by the Senate Appropriations Subcommittee on State, Foreign Operations.

Hagerty had sought Blinken's views on the India-US relationship.

"What I see before us is something I'm certain that is very frustrating in the short-term when we have our differences and you deal with that every day," Hagerty said.

"But in the long-term, the strategic partnership that we have with India I think poses the opportunity to do more good in the 21st century," he said.

Blinken in response said he very much shares the perspective shared by the Senator.

"I think this partnership has the potential to be one of the most important and foundational partnerships that we have going forward over the next decades," he said.

Blinken said US President Joe Biden has spent "a lot of time directly engaging with Prime Minister Modi and India's leadership". "We have energised the Quad that brings India together with Australia and Japan and us. This has been a very important vehicle for strengthening our collaboration across a whole variety of fronts with India," he said.

"The leaders will discuss opportunities to deepen our vital security relationships, enhance economic ties and expand our close cooperation to deliver practical results. In Tokyo, President Biden will also meet the leaders of the Quad grouping of Australia, Japan, India and the United States. We look forward to having further details to share about this trip soon," Psaki said.

US to assess Pakistan's role