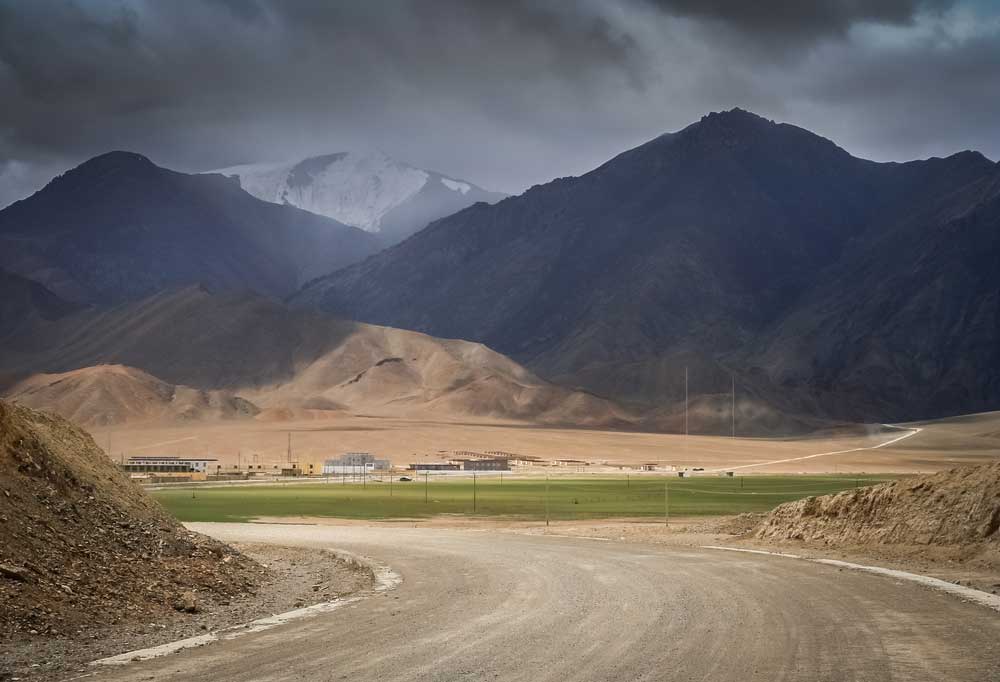 Aksai Chin region: “The situation is very tense and the tension is simmering in Galwan Valley and other pockets in the area along the undemarcated and disputed common boundaries between the two countries. Both sides have pitched tents amidst a massive troop build-up,” a ministry official said.
(Shutterstock)
Imran Ahmed Siddiqui   |   New Delhi   |   Published 19.05.20, 09:41 PM

Indian and Chinese troops have pitched tents along the undemarcated “Line of Perception” in Galwan Valley near Aksai Chin, sources in the defence ministry said, the build-up coming amid heightened tension in the eastern Ladakh sector over New Delhi’s move to construct a road.

An army official said the road project — the latest flashpoint between the two sides in this sector — was well within Indian territory.

The sources said both armies have been holding up banners and advising the other over loudspeakers to vacate the space.

“Lines of Perception” are notional boundaries that troops of neighbouring countries restrict themselves to while patrolling border areas.

“The situation is very tense and the tension is simmering in Galwan Valley and other pockets in the area along the undemarcated and disputed common boundaries between the two countries. Both sides have pitched tents amidst a massive troop build-up,” a ministry official said.

The official said the road project was behind the May 5 cross-border clash between the two sides, when Indian and Chinese soldiers had come to blows and hurled stones at each other near the Pangong Lake in Ladakh. China controls two-thirds of the lake.

A recent road project India had inaugurated close to its tri-junction with Nepal and China has already tuned into a diplomatic row.

Indian Army chief Gen. Manoj Naravane had last week said Kathmandu may have protested at “someone else’s behest”. No country was named but speculation had swirled around China.

Sources said the road project was part of India’s efforts to build infrastructure in remote areas and the contentious road was well within Indian territory. “Even the Chinese have built a new road in the territory under their control and we never objected to it. India has never transgressed into China’s territory,” an army official said.

Work on the road has since been halted following the May 5 face-off.

Local commander-level talks had ended the face-off but the situation has remained tense in pockets of the Ladakh sector, with the two armies locked eyeball to eyeball, sources said.

Two PLA helicopters had hovered close to the Line of Actual Control (LAC) in eastern Ladakh on May 5 and Indian Air Force fighter jets had also been airborne at the same time.

While the Indian Army has officially denied any build-up of troops in the area, sources said flag meetings between the two armies were being conducted every day. “Flag meetings are being held to resolve frequent border skirmishes, including the one on May 5,” a defence ministry official said.