This is the third stated disengagement along the Line of Actual Control, after the Galwan Valley last year and Pangong Tso in February this year 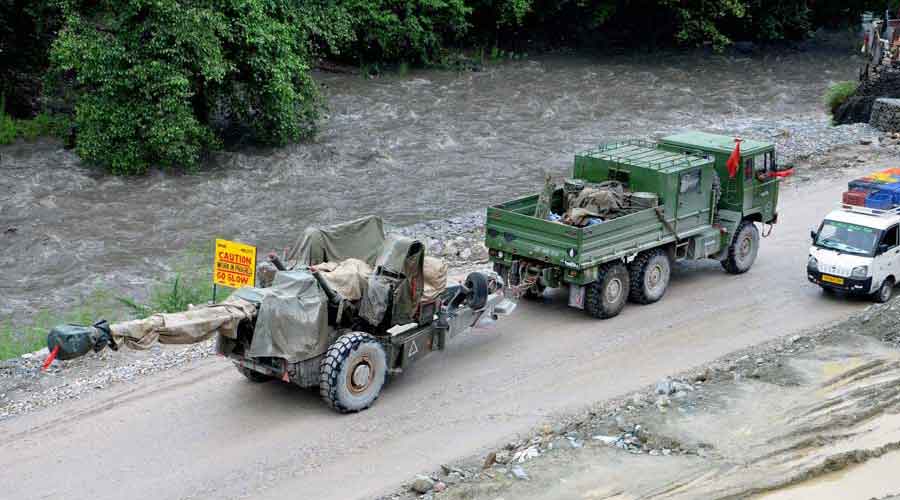 Indian and Chinese troops have completed disengagement from one of the friction points known as Patrolling Point 17A, also called the Gogra Post, along the Line of Actual Control in eastern Ladakh, the Indian defence ministry said in a statement on Friday.

Sources said the latest disengagement agreement was completed after creating a demilitarised “buffer zone” within India-claimed territory similar to the ones at the Pangong Lake and the Galwan Valley. The defence ministry statement, however, does not mention any buffer zone.

This is the third stated disengagement along the Line of Actual Control in eastern Ladakh, after the Galwan Valley last year and Pangong Tso in February this year.

On Friday, the defence ministry said in a media release: “As per the agreement, both sides have ceased forward deployments in this area in a phased, coordinated and verified manner.”

The defence ministry said: “The disengagement process was carried out over two days i.e. 04 and 05 August 2021. The troops of both sides are now in their respective permanent bases.

“All temporary structures and other allied infrastructure created in the area by both sides have been dismantled and mutually verified. The landform in the area has been restored by both sides to pre-stand off period.”

The defence ministry’s statement said the two sides, during the military talks on July 31, had a candid and in-depth exchange of views. “As an outcome of the meeting, both sides agreed on disengagement in the area of Gogra. The troops in this area have been in a face-off situation since May last year,” it added.

A joint statement released by the defence ministry on Monday almost 44 hours after the 12th round of corps-commander-level had talks ended, did not say anything on the disengagement agreement reached between the two sides on Gogra.

Military veterans had earlier questioned the government’s purported concessions in agreeing to create a buffer zone within India-claimed territory as part of the agreement with China to disengage troops from the Pangong Lake’s north and south banks and the Galwan Valley.

They said the creation of buffer zones within India-claimed lines meant territory loss for the Indian Army.

Indian and Chinese armies had been locked in standoff at PP17A since May last year. In August last year, the Chinese People’s Liberation Army had agreed to disengage from Gogra and Hot Springs (PP-15) but they later went back on their word.

“This agreement ensures that the LAC in this area will be strictly observed and respected by both sides, and that there is no unilateral change in status quo,” said the India media statement.

“With this, one more sensitive area of face-off has been resolved. Both sides have expressed commitment to take the talks forward and resolve the remaining issues along the LAC in the Western Sector.”

The sources in the security establishment said under the disengagement agreement, both sides would return to their permanent base at the Gogra post. Neither side will patrol the buffer zone till all the modalities are worked out at operational and diplomatic levels.

“Disengagement is a long-drawn process. Creating a buffer zone is a temporary measure to prevent any flare-up between the two sides as troops were earlier eyeball to eyeball,” said a retired lieutenant general.

A retired colonel said the Chinese had stepped back a few kilometres while still remaining within India-claimed lines following partial disengagement from the Galwan Valley and the Pangong Lake and India retreated by the same distance and ceding more territory.

“The government should come clean on the specifics of the disengagement agreement agreed upon by both sides,” he said.