Prabir Purkayastha, 71, was detained in his office through the survey that ended after midnight and had his phone impounded 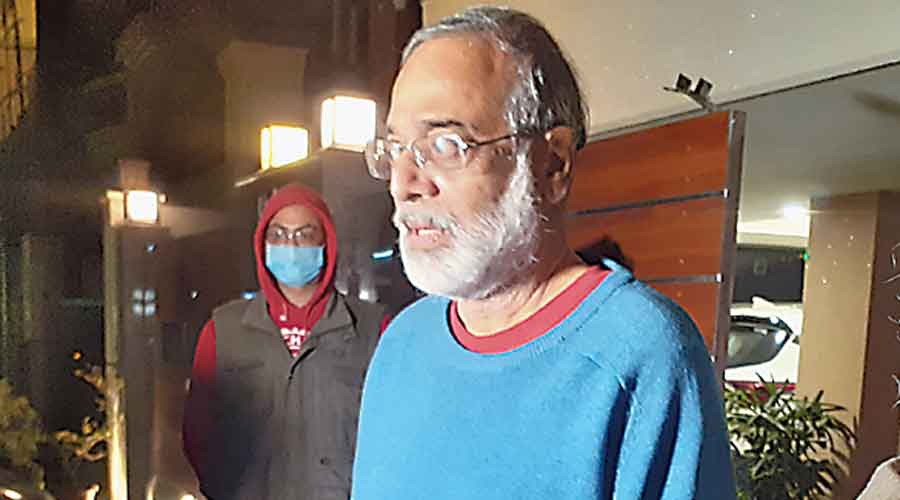 The editor-in-chief of one of the two anti-establishment news websites that income-tax officials “surveyed” for 12 hours on Friday has alleged an attempt “to stifle independent journalism”.

NewsClick boss Prabir Purkayastha, 71, who is suffering from a spasm in his lower back, was detained in his office through the “survey” that ended after midnight and had his phone impounded.

“The raid yesterday appears to relate to the same false and unfounded allegations being investigated by the Enforcement Directorate and the economic offences wing, Delhi police,” Purkayastha said in a statement.

“We have these allegations challenged in the courts. These investigations by various agencies, and these selective allegations, are attempts to stifle the independent journalism of media organisations — including NewsClick.”

The ED’s case is based on an FIR the EOW had registered last year alleging NewsClick had violated FDI rules by receiving Rs 9.59 crore from a defunct US-based firm, Worldwide Media Holdings LLC, in 2018.

A Reserve Bank report to the police does not support this claim. NewsClick has underlined that this investment was received before an FDI cap of 26 per cent for digital media was imposed in 2019.

The Editors Guild too spoke out against the way the “surveys” were conducted.

“While they were officially labelled as ‘surveys’ by the IT (income-tax) officials, but as per the statement issued by Abhinandan Sekhri, co-founder of Newslaundry, this was a clear intimidatory and blatant attack on their rights, and therefore press freedom,” a Guild statement said.

“The Guild is deeply concerned that such indiscriminate seizure of journalists’ data, which could include sensitive information such as details of sources, stories under works and other journalistic data, is in violation of free speech and freedom of press.”

The Guild added: “The dangerous trend of government agencies harassing and intimidating independent media must stop as it undermines our constitutional democracy. In July 2021, income-tax raids were conducted at the offices of (the) country’s leading newspaper, Dainik Bhaskar, as well as a Lucknow-based news channel, Bharat Samachar. These raids were conducted against the backdrop of some very critical coverage by both the news organisations on government’s handling of the pandemic.”

Digipub News India Foundation, an association of online news outlets, expressed “great worry that the authorities have potentially gained access to confidential information that the journalists may have been privy to in the course of their work”.

The Delhi Union of Journalists condemned “attempts to browbeat media establishments and individual journalists” and also cited the FIR in Uttar Pradesh against journalist Rana Ayyub.