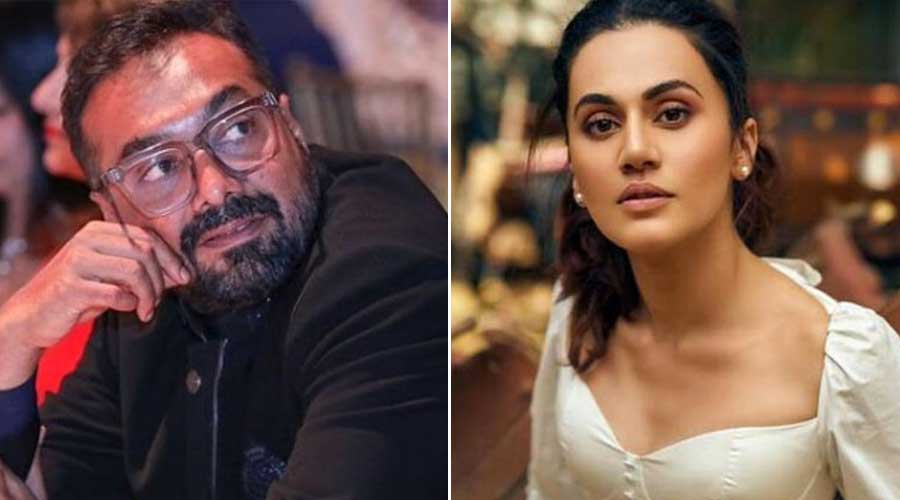 The searches are being carried out in over 30 locations in Mumbai and Pune, officials said. Some executives of celebrity and talent management company KWAN are also being raided.

The action is part of a tax evasion probe against Phantom Films, which was dissolved in 2018, and its then promoters Kashyap, director-producer Vikramaditya Motwane, producer Vikas Bahl and producer-distributor Madhu Mantena, they said.

Sources said some inter-linked transactions between the entities searched are under the scanner of the department and the raids are aimed at gathering more evidence to further probe tax evasion allegations.

The searches against Mantena are also being carried out in context of his links with KWAN, of which he was a co-promoter.

Pannu, 33, has worked in numerous Hindi, Tamil and Telugu movies.

Both Anurag Kashyap and Taapsee Pannu have been outspoken critics of the government and have spoken up against various causes, including the ongoing farmer protests against three farm laws. Recently, Taapsee had criticised the show of solidarity by celebrities towards the government in response to pop star Rihanna's post drawing attention to the farmers' agitation. The actor took a jibe at the pushback and said it was better to focus on strengthening one's own value system if one tweet rattled one's belief.

"If one tweet rattles your unity, one joke rattles your faith or one show rattles your religious belief, then it's you who has to work on strengthening your value system not become propaganda teachers for others," Pannu had said on social media last month.

Anurag Kashyap had been vocal about condemning the violence against anti-Citizenship Act protesters in 2019. Last year, he had expressed support for actor Rhea Chakraborty in the Sushant Singh Rajput case and had slammed Bollywood actors for not speaking up enough on the case.