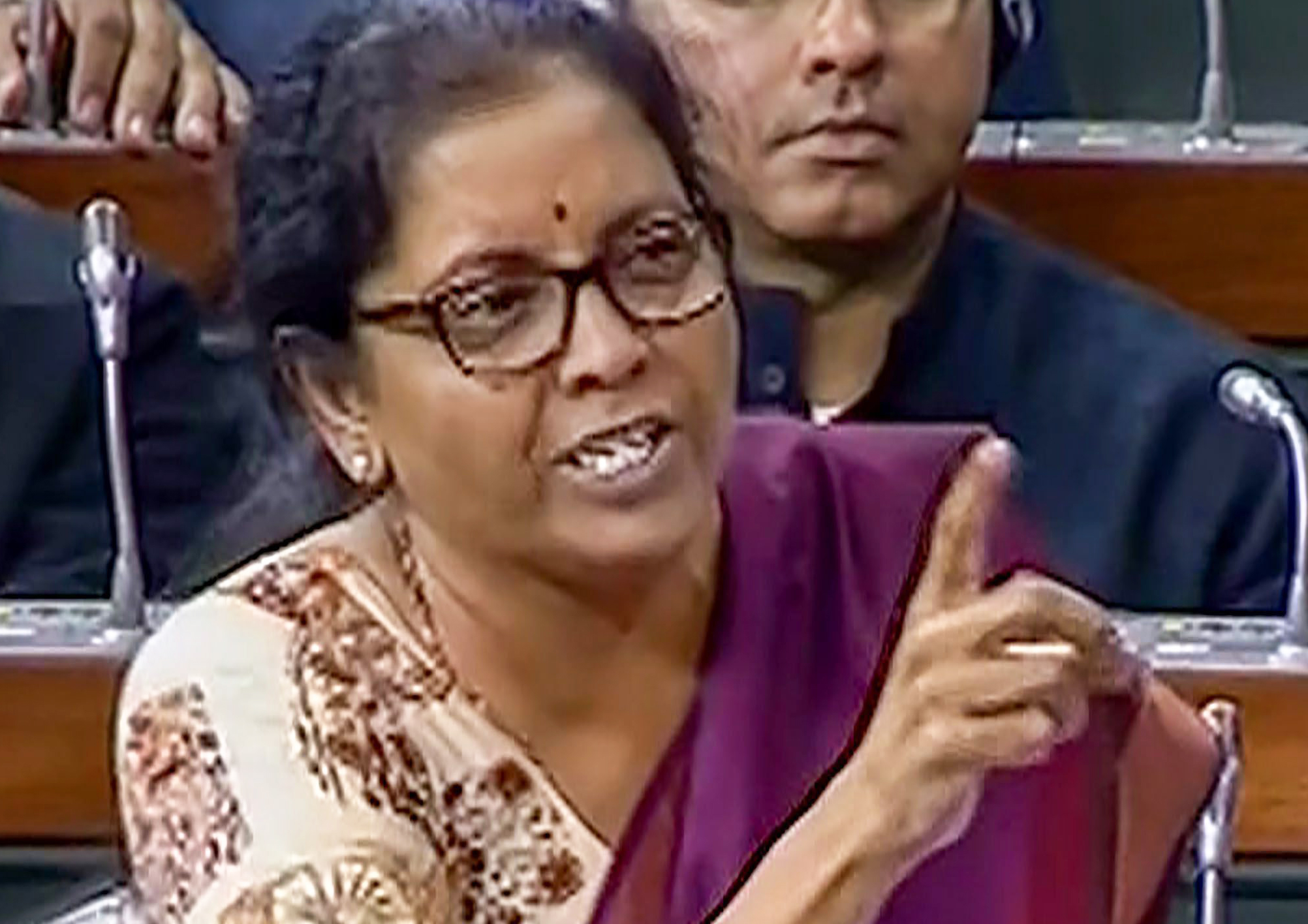 Defence minister Nirmala Sitharaman on Friday chose to launch an emotional offensive in the Lok Sabha to counter Rahul Gandhi’s Rafale attack, accusing the Gandhi “khandan” (dynasty) of “insulting” her and Prime Minister Narendra Modi because they come from a humble background.

The counter-attack, bordering on melodrama, came when Rahul intervened after the defence minister’s reply to the Rafale debate and accused Modi of being “directly involved in the Rafale scam”.

“I am not accusing you (Nirmala Sitharaman)…. I am clear Narendra Modi is directly involved in the scam,” Rahul told the Lok Sabha. He sought answers from the defence minister over Anil Ambani’s company being made the offset partner and whether Modi had bypassed the defence establishment to ink the deal.

The minister, who had already spoken at length while replying to the debate, responded with an emotional outburst.

“My honour and the Prime Minister’s honour, everything has been insulted in this House. Has your leader ever apologised?” Nirmala said. She went on and on, playing up the humble background of the Prime Minister and alleging he was being insulted by the “khandan” (dynasty).

Sitharaman recalled Rahul’s hug to Modi during the last session, followed by a wink. “It’s not only the prerogative of the khandan to protect itself. We have our honour intact…. From hugging the PM and going back winking, is it not insulting the Prime Minister?” she said. “You shouted me down. You called me ‘jhoothi’ (liar),” she added.

The minister continued: “The Prime Minister did a naman (bowed) on the floor… Coming from ordinary backgrounds, all of us feel honoured when we come to this House, where eminent people like Pandit Jawaharlal Nehru and Sardar Patel have been there. We feel touched and you feel our reputations are available for insult,” she said before concluding.

Rahul stood up, seeking an opportunity to clarify for a second time but was not allowed.

Earlier, during her reply to the debate too, Sitharaman attacked the Gandhi family repeatedly while trying to counter allegations of corruption in the Rafale deal.

The minister accused the Congress of scrapping the earlier deal of buying 126 Rafale jets because the party “didn’t get the money” but offered no evidence to back her claim.

Sitharaman did not answer Rahul’s questions on why Anil Ambani, who had no experience in defence production, was chosen for the offsets contract but said: “For every AA there is RV and there is a Q also.”

“AA” was the abbreviation Rahul used to refer to Ambani. “RV” appears to be Sitharaman’s reference to Rahul’s brother-in-law Robert Vadra and “Q” seems to be an allusion to Ottavio Quattrocchi, the Italian businessman linked to the Bofors controversy. She studiously avoided any mention of Ambani.

Seeking to rubbish a comparison of Rafale with Bofors, she said: “Bofors was a scam, Rafale is not. It is a decision in the national interest. They lost an election because of Bofors. Rafale will bring Prime Minister Narendra Modi back.”

The minister rejected the Congress’s claim that the UPA government had finalised the Rafale deal at Rs 526 crore per jet, saying there was no confirmation in official records of the price. She claimed that according to the UPA deal, which she called a “non-deal”, each basic Rafale jet would have cost Rs 737 crore.

“We have got the basic Rafale at Rs 670 crore per aircraft and it is 9 per cent cheaper than UPA’s,” she said, declining to disclose the price of a Rafale loaded with weaponry, citing the secrecy clause and national security.

At the same time she justified a hike in prices, referring to the “escalation clause” in the agreement.

On the question why the requirement for 126 Rafale jets was scrapped and replaced with just 36, the minister sought to give it a twist and claim that the NDA had ordered double the number — 18 — of aircraft that the UPA had decided to order in flyaway condition. The UPA’s deal was for 126 jets, of which 108 would have been made in India.

Sitharaman responded to questions over Qatar and Egypt buying Rafale jets at a cheaper price by saying the prices were not authenticated nor were they comparable.