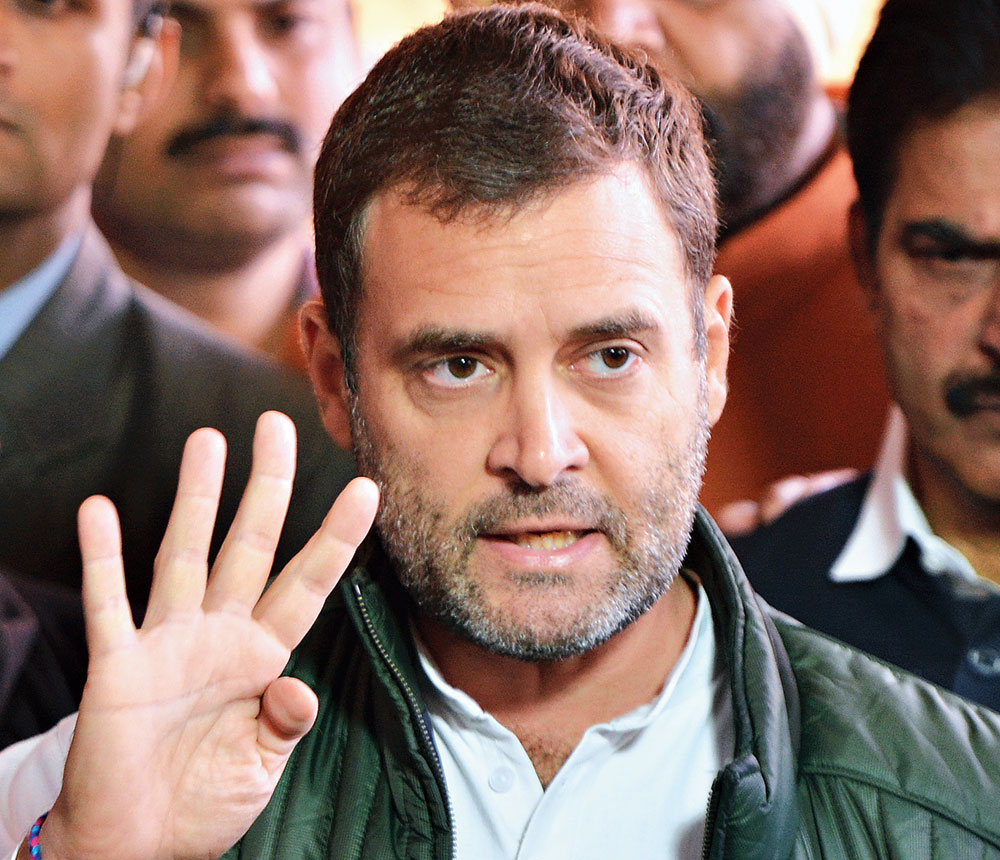 The slogan “gali gali mein shor hai… fhai” has dominated the political discourse for decades. Former Congress Prime Ministers from the Gandhi family — from Indira Gandhi during the Emergency to Rajiv Gandhi over allegations of corruption in the Bofors gun deal — have faced the slogan.

The previous Congress-led UPA government headed by Manmohan Singh too had been buffeted by corruption charges relating to allocation of 2G spectrum and coal mines. Rahul now wants to turn the tide and take on Modi with the same slogan.

The BJP, bruised by the electoral setbacks in the three heartland states of Madhya Pradesh, Rajasthan and Chhattisgarh and buoyed by the Supreme Court dismissing petitions questioning key aspects of the Rafale deal, has been hitting out at Rahul like never before.

On Monday, the ruling party BJP organised 70 media conferences addressed by Union ministers and chief ministers across the country to slam Rahul over the Rafale deal.

BJP managers have instructed MPs to display Rahul placards all through the ongoing winter session of Parliament, demanding that the Congress chief apologise for alleging corruption in the Rafale deal and also to return the “chor” slogan.

The acrimony building up between the BJP and the Congress was visible when Sonia Gandhi entered the Lok Sabha post-noon on Tuesday. The BJP MPs held out the placards and intensified their anti-Rahul slogan as the UPA chairperson and Rahul’s mother stepped into the House.

A visibly upset Sonia was seen standing up and urging the Speaker to allow Congress House leader Mallikarjun Kharge to speak. Speaker Sumitra Mahajan first urged the members, particularly the Opposition, to restore order for discussion on “any subject” and then allowed Kharge to speak.

Kharge said the Congress was ready to discuss the Rafale deal and other issues but wanted Modi to first come to the House and clarify his position on the fighter jet pact. Kharge also demanded a joint parliamentary committee probe into the Rafale deal with the French, prompting uproarious protest from the BJP members.

Parliamentary affairs minister Narendra Singh Tomar said the government was ready to discuss the Rafale issue but rubbished the demand for a parliamentary committee probe saying the Supreme Court had given a clean chit to the government on all parameters.

As both Congress and BJP parliamentarians began shouting slogans again the Speaker adjourned the House for the day. Members from both sides said the winter session was set to be a washout.

Cries of “chor” pervaded the hallowed Lok Sabha on Tuesday as the Congress and the BJP drew battle lines for the 2019 Lok Sabha polls.

Congress MPs trooped to the Well and shouted “gali gali mein shor hai, chowkidar chor hai (there is a cry in the streets that the sentinel is a thief)”, referring to Prime Minister Narendra Modi’s oft-repeated claim that he is the custodian of the country’s resources. BJP members countered with slogans of “Rahul Gandhi chor hai” and placards screaming “Rahul Gandhi maafi mango (apologise)”.

Congress MPs stood in the Well and demanded a joint parliamentary committee probe into the Rafale deal, but the slogan they raised loudly was “gali gali mein shor hai, chowkidar chor hai”. 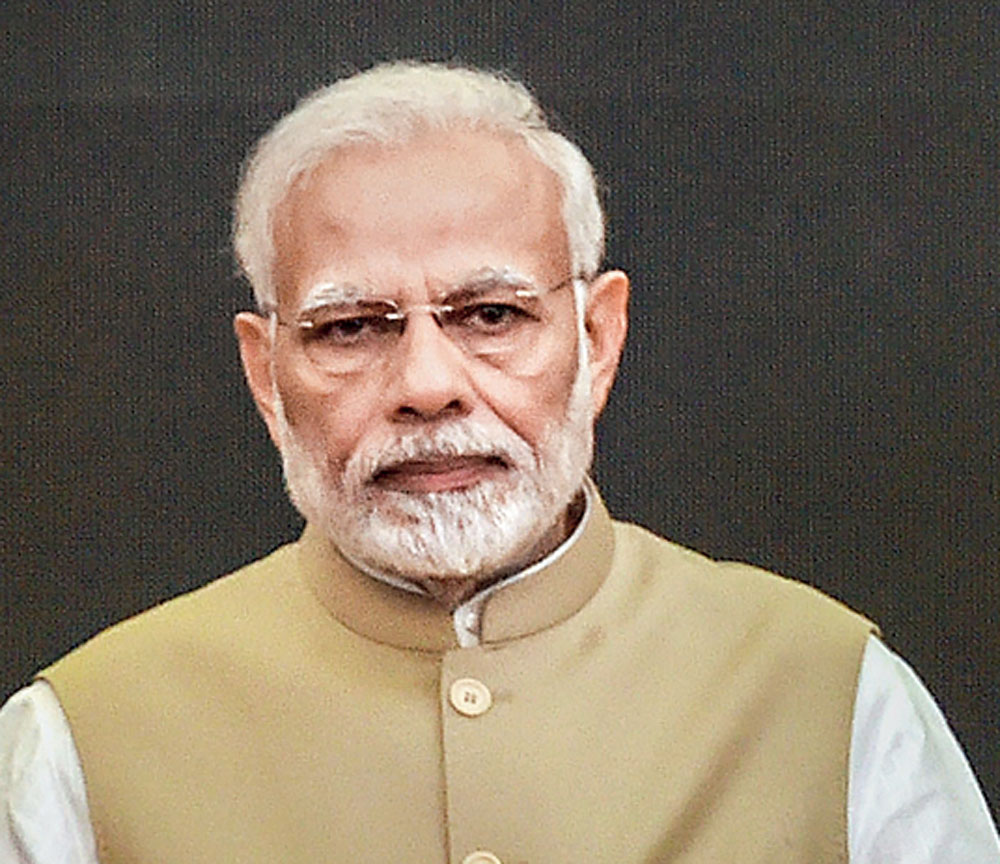 Prime Minister Narendra Modi at an event in Mumbai on Tuesday, December 19, 2018.
(PTI)