Advertisement
Home / India / Nirmala in a 'must watch' show, Modi yet to face Rafale test

Defence minister speaks for over 2 hours, but is accused of running away from Rahul Gandhi's questions 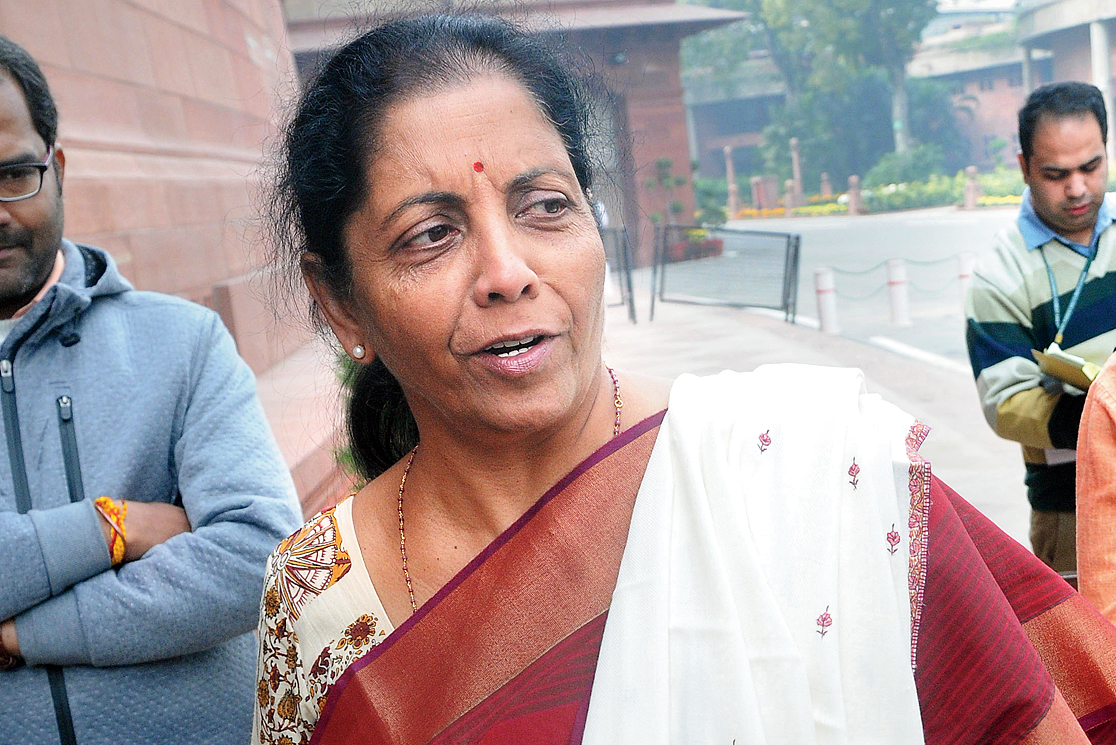 Defence minister Nirmala Sitharaman spoke for over two hours in the Lok Sabha, at the end of which Arun Jaitley, her predecessor who was deployed on Tuesday to defend the fighter deal, tweeted: “Well done! Smt. Nirmala Sitharaman ji, for an outstanding performance. You demolished the fake campaign. We are all proud of your performance.”

Although he himself skipped the test, Prime Minister Narendra Modi played examiner and gave Sitharaman full marks. Modi tweeted in the evening: “Defence Minister @nsitharaman’s speech in the Parliament demolishes the campaign of calumny on Rafale. Must watch!”

However, after the long and dramatic exercise, it boiled down to two objective-type questions that could have been easily answered with either a “Yes” or a “No”. The defence minister did not do so explicitly.

The questions were asked by Congress president Rahul Gandhi who had originally framed them for the Prime Minister.

“The crux of the matter is, Modi changed the deal. She accepted this that the Prime Minister had created a new deal owing to an emergency situation. I asked her to reply in ‘yes’ or ‘no’ to this simple question — Did defence ministry officials object when the Prime Minister was doing this bypass surgery? Did they tell him defence procurement procedures should not be bypassed?” Rahul told reporters in the evening outside Parliament.

In the House, Sitharaman had steered clear of a direct answer although the Congress had made public in the morning what it said were objections noted in the Rafale files by defence ministry officials.

Sitharaman told the Lok Sabha: “During the negotiation, a lot of opinions are recorded also. We did not hide anybody’s viewpoint. But that joint secretary, who they love quoting saying that he differed from the whole process, was the one who also signed the report. All the seven members signed the report and he was the one to sign the draft, which went for the CCS (cabinet committee on security) approval. So, do not constantly raise that question without hearing the reply.

“During the discussion, a lot of things are said and they are recorded. They are not hidden. They are not wiped off. It is the same joint secretary who signed the report, which went to the CCS for approval. He along with six others, who make up for the seven members in total, signed the INT (Indian negotiating team) report.”

In an interview last year, Sudhanshu Mohanty, the former head of finance in the defence ministry, had wondered why the benchmark price was changed and what the justification was for overruling senior ministry officials who had negotiated the contract.


The reality is, they don’t have the answers. Drama shuru kar diya. Insulted me, called me a liar. Phir bhag gayi (then ran away).
- Rahul Gandhi


On Friday morning, the Congress said the Prime Minister had overruled the objections at a meeting of the cabinet committee on security. The Opposition party asked why Modi had increased the benchmark price from Rs 39,422 crore to Rs 62,166 crore.

The Congress also made public what it said were file notings from the defence ministry.

The Congress said one noting on the file read “the Maintenance Terms and Conditions including PBG (performance-based guarantee) of 36 Rafale IGA (inter-government agreement) was not better than that of 126 MMRCA bid (the original bid for 126 aircraft when the UPA was in power).” (The italicised words are annotations by this newspaper.)

Another noting, according to the Congress, read: “The delivery schedule of 36 Rafale IGA was not better than that of 126 MMRCA bid.”

The Congress said that according to the deal cleared by the Modi government, the first Rafale aircraft is scheduled to be delivered in September 2019 and all the 36 aircraft by 2022, about seven years after the Prime Minister gave his nod on April 10, 2015.

Another purported noting that the Congress made public: “The 20% discount offer of EADS (the European aerospace corporation) in 126 MMRCA tender was ignored. The INT (Indian negotiating team) should take EADS quote for 36 Rafale delivery equivalent and then compare prices.”

The Congress said the Eurofighter Typhoon had written on July 4, 2014, to Jaitley, who was defence minister then, “offering to reduce the price by 20 per cent”.

Once Modi had decided to make a fresh purchase of Rafale in April 2015, Rafale and Eurofighter Typhoon should have been asked to bid afresh “so as to arrive at the lowest price in favour of public exchequer”, the Congress said, asking: “Why was this ignored?”

Another purported file noting cited by the Congress was “as per the prices reflected in Dassault’s financial results, it has sold Rafale at a cheaper rate to Qatar and Egypt as compared to India”.

The Congress estimated the additional payment by India at Rs 10,487.16 crore, compared with the price of 48 Rafale aircraft Egypt and Qatar had bought in 2015.

Sitharaman said in the House that the Egyptian and Qatari figures were neither official nor comparable.

Later, Rahul told reporters outside the House: “The reality is, they don’t have the answers. Drama shuru kar diya. Insulted me, called me a liar. Phir bhag gayi (then ran away).”

What the Rafale controversy is about