The premises of Bhupinder Singh, nephew of chief minister Channi, in Mohali were among those searched 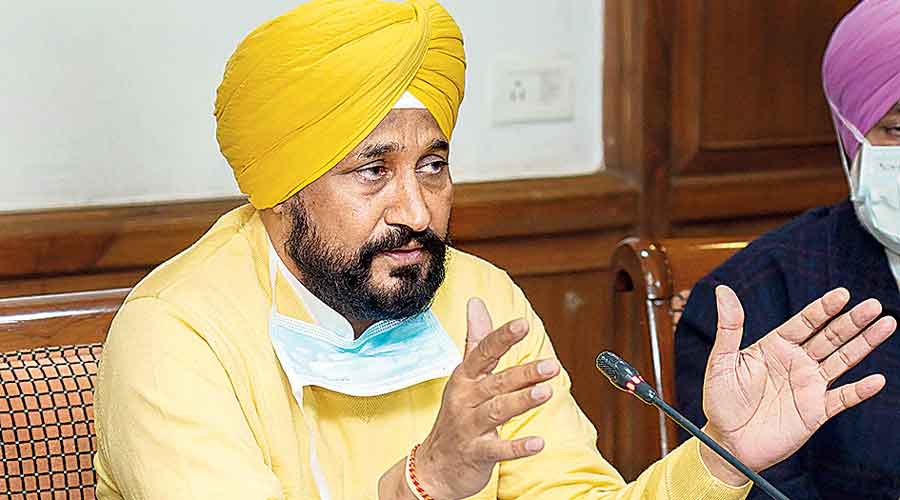 The Enforcement Directorate (ED) on Tuesday carried out searches on the premises of a relative of chief minister and Congress leader Charanjit Singh Channi and in nine other places in poll-bound Punjab.

The searches were conducted in connection with a money-laundering case linked to illegal sand mining, sources in the central agency claimed.

The premises of Bhupinder Singh, nephew of chief minister Channi, in Mohali were among those searched.

“The agency is investigating a money-laundering case based on an FIR registered in 2018 by Punjab police against the main accused, Kudrat Deep Singh, who owns quarries. He had floated several companies to get sand mining contracts, and Bhupinder Singh was the director of one of the companies,” an ED official said.

Opposition parties have long accused the Narendra Modi government of letting loose investigating agencies on their leaders to intimidate or malign them. Punjab votes on February 20.

Channi described the swoop as a “pressure tactic” and a repeat of what happened with Bengal chief minister Mamata Banerjee’s relatives during last year’s Assembly elections.

“They are targeting me and putting pressure on me in view of the upcoming Assembly polls. This is not good for democracy. We are ready to fight this. The same thing happened during the Bengal elections,” he told reporters.

Channi said the “entire issue is to settle scores with us for what happened a few days ago in Punjab”. He was referring to the face-off between the state government and the Centre over the alleged security breach during Prime Minister Modi’s January 5 visit to Ferozepur.

There are 26 accused in the sand mining money-laundering case, most of them truck drivers, the ED official said. After the police’s FIR, the ED had taken over the probe.

“The police had intercepted 30 trucks filled with sand, most of which had been taken from an area that was not marked for mining. The searches on Tuesday in Mohali, Ludhiana and Pathankot are part of a money-laundering probe against the directors and proprietors of the companies,” the official said.

Terming the searches as the BJP’s election gimmick, she said: “The BJP is shocked due to increasing popularity of Punjab CM Channi. The people of Punjab will give them a befitting reply in the polls.”