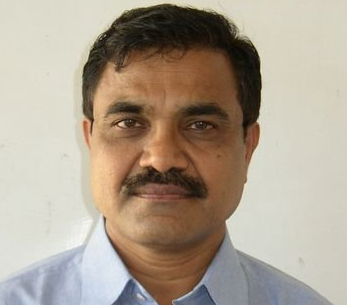 An IIM alumnus accused in the Bhima-Koregaon conspiracy case has launched a signature campaign petitioning Prime Minister Narendra Modi to have the charges quashed against him after the Supreme Court turned down his plea on Monday.

“My hopes stand completely shattered and I am left with just seeking bail right from the sessions court Pune to the Supreme Court,” Dalit intellectual Anand Teltumbde said in his petition.

“The time has come to build a visible campaign in support of me from various sections of people so as to save me from imminent arrest.”

Last year, on August 28, a Pune police team had raided Teltumbde’s house in Goa in connection with the Bhima-Koregaon violence in January that left one person dead.

Several other rights activists were arrested in a multi-state swoop on the charge of being involved in a Maoist conspiracy to assassinate Modi, among other allegations.

On Monday, the Supreme Court had rejected Teltumbde’s plea to quash the FIR filed against him by Pune police in connection with the violence. The court, however, granted the former IIM Ahmedabad student interim protection from arrest for four weeks and asked him to seek bail from the trial court by then.

Teltumbde, general secretary of the rights body Committee for Protection of Democratic Rights, said in the petition he was in Pune on December 31 and January 1 — the day of the Elgar Parishad, a Dalit congregation at Bhima-Koregaon village near Pune — but did not attend the meet, though he was its co-convener.

Teltumbde, who teaches at the Goa Institute of Management, said he was in favour of the event being held but was “uncomfortable with the projection of the Elgar Parishad that the Bhima-Koregaon battle was won by Mahar soldiers to avenge their oppression during the Brahmanic rule of the Peshwas”.

“I had come to Pune for the marriage of my closest friend’s son…. We stayed at Shreyas hotel, attended the marriage the next day and left the hotel at 12.40pm to reach back Goa…. Having come to Pune, I would have easily stayed on through the conference but for my discomfort with the premise (of the conference) and the need to reach early for my work in the institute I avoided it,” Teltumbde wrote.

Dalits commemorate the anniversary of the Bhima-Koregaon battle of January 1, 1818, when 834 mainly Mahar troops of the East India Company defeated the 28,000-strong Peshwa army in Bhima-Koregaon, 28km from Pune. But the violence had marred the celebrations last year on January 2.

Writer Arundhati Roy voiced fears about Teltumbde’s “impending” arrest. “To arrest him is to try and silence a powerful and unique Dalit voice with an unimpeachable intellectual track record. His impending arrest cannot but be seen as a political act,” she said in a statement on the online portal Scroll.

Teltumbde, in his petition, referred to letters addressed to a “Comrade Anand” that Maharashtra police had produced in court. Teltumbde said the letters were fake and the insinuation “hilarious”.

But the context of one of the letters, he said, appeared to be true. “Letter written by someone supposed to be a Maoist to some Com Anand referring to a Paris conference in April 2018, appeared to be true. I did attend an academic conference along with many scholars from all over the world, which was organised by the American University of Paris. It was hilarious in its narrative and indicated that the Maoists gave money to this university and asked them to invite me for that conference,” he said.