'It is a report which is adverse to Verma, after which an opportunity has been given to him. Still, it remains an inquiry report.' 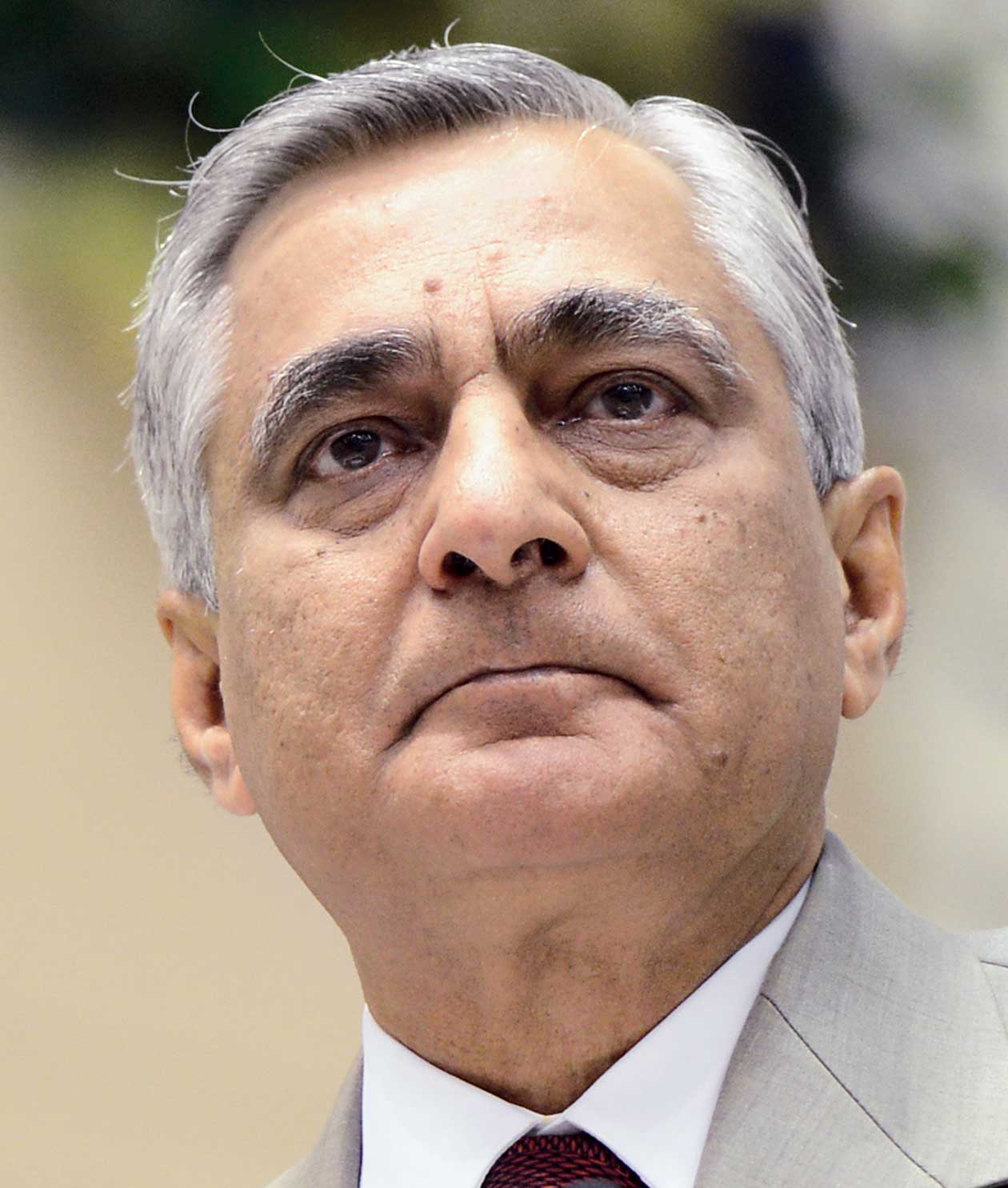 If the selection committee that removed Alok Verma as CBI director did not give him “adequate opportunity to present his point of view, it amounts to a violation of the principles of natural justice”, former Chief Justice of India T.S. Thakur told The Telegraph on Saturday.

The selection committee of Prime Minister Narendra Modi, Justice A.K. Sikri and Congress leader Mallikarjun Kharge had met on Wednesday night and Thursday evening and removed Verma in a 2:1 decision with the Opposition leader dissenting. Verma was not called by the selection committee and the decision was taken in less than 60 hours after the Supreme Court had referred it to the committee.

Given the sensitivity of the subject, Justice Thakur, counted among the most respected former Chief Justices in the country, articulated his opinion in detail in spite of attending to his ailing mother in Jammu and Kashmir.

The veteran judge addressed the core issue of whether Verma should have been heard out by the selection committee even after the CVC had given him an opportunity to present his case before the vigilance chief.

Justice Thakur said: “We will assume the CVC (central vigilance commissioner) conducted an inquiry under the supervision of Justice A.K. Patnaik. The CVC may have even given him an opportunity to say whatever he wants to say. We will assume he was given an opportunity. The CVC makes a report that is adverse to Verma.

“It is a report which is adverse to Verma, after which an opportunity has been given to him. Still, it remains an inquiry report.

“Now, when Verma is given a full opportunity and the CVC makes a report and the report is adverse, which means Verma’s version has been rejected. Now, it is a finding which is adverse to Verma. Such an adverse finding is presented to the Supreme Court. The Supreme Court does not say anything about the correctness of the findings of the report. They didn’t say anything about it. The matter is sent to the high-powered committee.

“The point is if you are taking a decision on the basis of a report which is adverse to an individual, then you must share that report with that individual. You cannot act upon the report which is adverse without disclosing the report to him and without giving him an opportunity to give him representation or without giving an opportunity to present his point of view.”

(According to information available in the public domain so far, the CVC was unable to substantiate with direct evidence the key charge that Verma took bribe to protect a businessman from inquiry. The CVC concluded that Verma’s conduct was “suspicious” and the circumstantial evidence required more investigations.

Of the 11 principal charges, six are yet to be substantiated, one has been proved incorrect and four were found prima facie substantiated. Congress leader Kharge told the selection committee that in the four cases where the CVC “returned unflattering conclusions, there is no proof of any monetary benefit, no unimpeachable witnesses corroborating the story and the conclusion is arrived at on the basis of circumstantial evidence”.

Justice Patnaik told The Indian Express newspaper that there was no evidence of corruption against Verma and that the decision of the committee was “very, very hasty”.)

Justice Thakur said the committee should not have taken the decision without hearing out Verma.

“It is only after you have given him an opportunity, they (the high-powered committee) could have taken a view. They could have gone into the whole thing. It is only then a judgment could be passed. If that process has not been followed — I am not fully aware if that process has not been followed and Verma has not been given an opportunity to respond to the findings recorded by the CVC — then any decision based on such adverse findings will be contrary to the principles of natural justice,” the former Chief Justice said.

On Saturday, Justice Thakur sought to bring clarity on another issue: demands that the Prime Minister should have recused himself from the committee meeting since there was conjecture that Verma would have ordered a probe into the Rafale deal.

Justice Thakur felt that since Verma had not made any complaint against Modi or given any indication in public that he would order a Rafale probe, the Prime Minister need not have recused himself.

“The Chief Justice of India (Ranjan Gogoi) was hearing the matter on the judicial side. To that extent, the CJI has to recuse himself. But whether the Prime Minister must recuse, I cannot possibly offhand make any comment because you are assuming that Verma was going to register a case against the Prime Minister.

“I don’t know whether that is factually correct. We don’t see any indication anywhere. I don’t think it is Verma’s version even in the Supreme Court that ‘I was removed, displaced like this because I was going to direct an inquiry into Rafale’. That is not his case. I don’t think that it is anywhere stated by Verma that ‘I was about to register a case or preferring an inquiry and therefore, I was removed’,” Justice Thakur said.

Findings CVC's, not mine: former judge who supervised its probe