Advertisement
Home / India / Findings CVC's, not mine: former judge who supervised its probe

Findings CVC's, not mine: former judge who supervised its probe 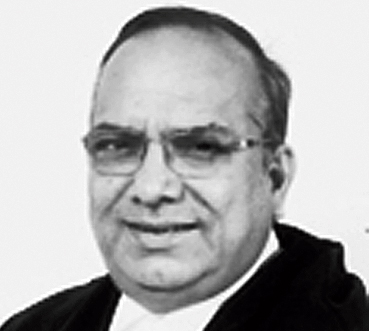 Justice A.K. Patnaik, the former Supreme Court judge who was assigned to supervise the Central Vigilance Commission probe against Alok Verma, has made it clear that the findings were those of the CVC and “not mine”.

Justice Patnaik’s confirmation assumes significance in the light of deposed CBI director Verma’s letter in which he declined to be the chief of fire-fighting and other allied services.

In the letter, Verma added: “It may be noted that the CVC only forwarded a purportedly signed statement of the complainant (benched special director Rakesh Asthana), and the complainant never came before Hon’ble Justice (Retd) A.K. Patnaik (supervising the enquiry). Also, Justice Patnaik has concluded that the findings/ conclusions of the report are not his.”

Verma also said that natural justice was scuttled as the selection committee, chaired by the Prime Minister, did not give him an opportunity to explain himself before it removed him on Thursday night.

As for the CVC probe, once it reached Justice Patnaik, the former judge said, he ensured that the principles of natural justice were followed.

“My role was that of supervising the inquiry, and for that purpose I just wanted to ensure that the principles of natural justice were followed and Sana’s (businessman Sathish Babu Sana, to whom was attributed the allegation that Verma had taken a bribe) evidence was recorded in my presence. I ensured that the evidence was correctly recorded,” Justice Patnaik said.

“Because in my presence, whatever Sana was saying was being recorded. Nothing else. Verma also made his verbal arguments while I was present. He made his arguments before the CVC. The principles of natural justice were followed and it was completed within the stipulated 14 days.”

Only Verma and Satish were examined by the CVC in his presence, Justice Patnaik said in reply to a question.