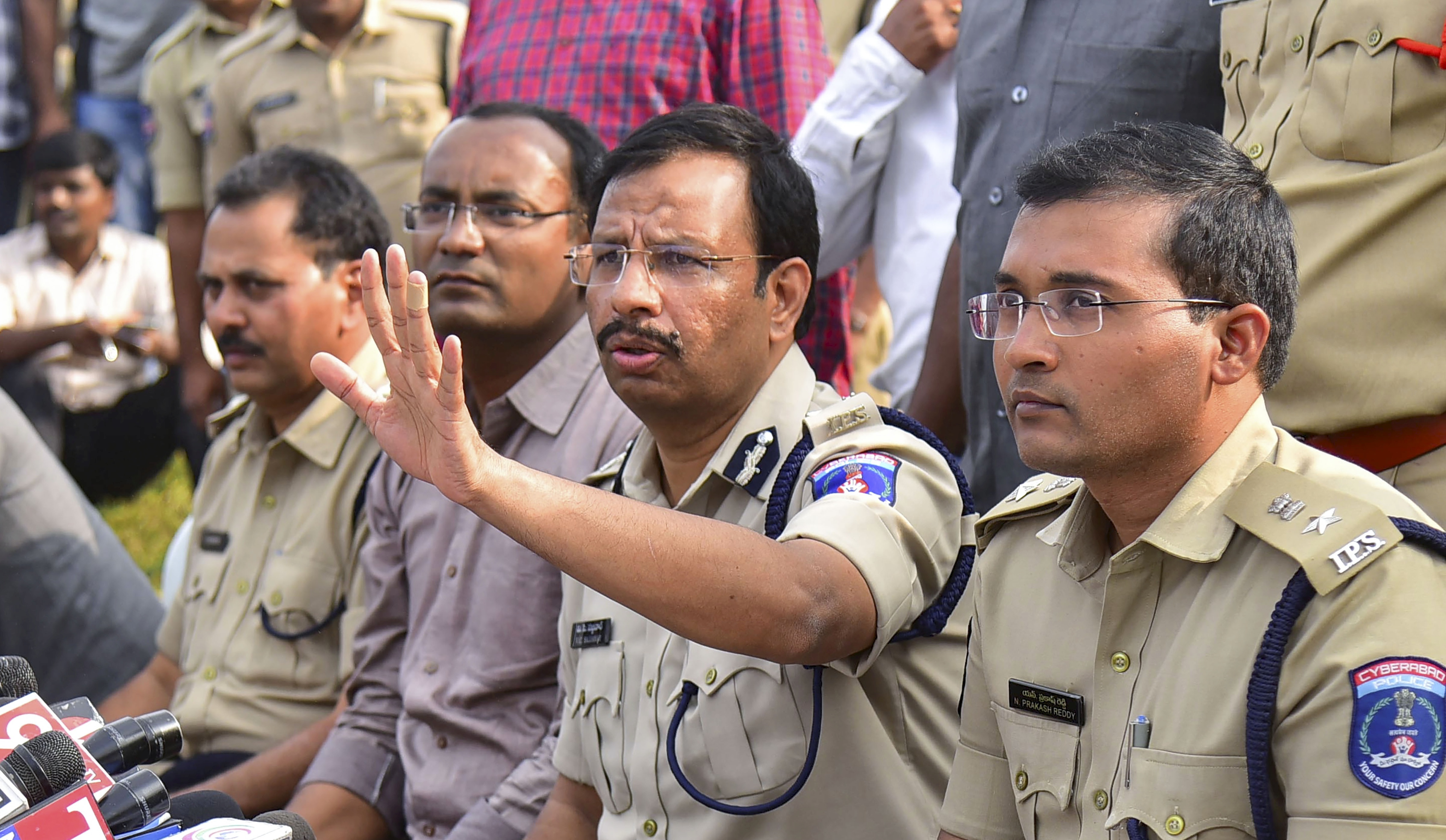 Cyberabad police commissioner V. C. Sajjanar, who carried out the encounter of the four accused in the Hyderabad veterinarian rape and murder case, addresses the media, in Hyderabad, Friday, December 6, 2019.
PTI
PTI   |   Hyderabad   |   Published 07.12.19, 06:58 AM

A case was registered against four accused, arrested for the alleged rape and murder of a woman veterinarian near Hyderabad last month and killed in an encounter, for 'attacking' the police personnel.

Case under IPC sections 307 (attempt to murder), 176 (omission to give notice or information to public servant by person legally bound to give it) and relevant sections of the Indian Arms Act were registered against the accused.

Based on a complaint filed by the in-charge of police team that accompanied the four accused, the FIR was booked on Friday, a senior police official told PTI.

Meanwhile, an National Human Rights Commission team is scheduled to visit on Saturday the place where the encounter took place.

All the four arrested accused in the rape and murder of the veterinarian were killed in 'retaliatory' firing by the police at Chattanpalli on Friday morning, when they were taken to the scene of crime to recover the victim's phone pertaining to the case.

The Cyberabad police had said its personnel resorted to 'retaliatory' firing after two of the accused opened fire at them by snatching their weapons besides attacking the latter with stones and sticks, resulting in injuries to two policemen.

The post-mortem of the four accused was done in the government district hospital at Mahabubnagar district and it was videographed.

The four men, all lorry workers, aged between 20 and 26, were arrested on November 29 for allegedly raping and killing the woman by smothering her and later burning her body.