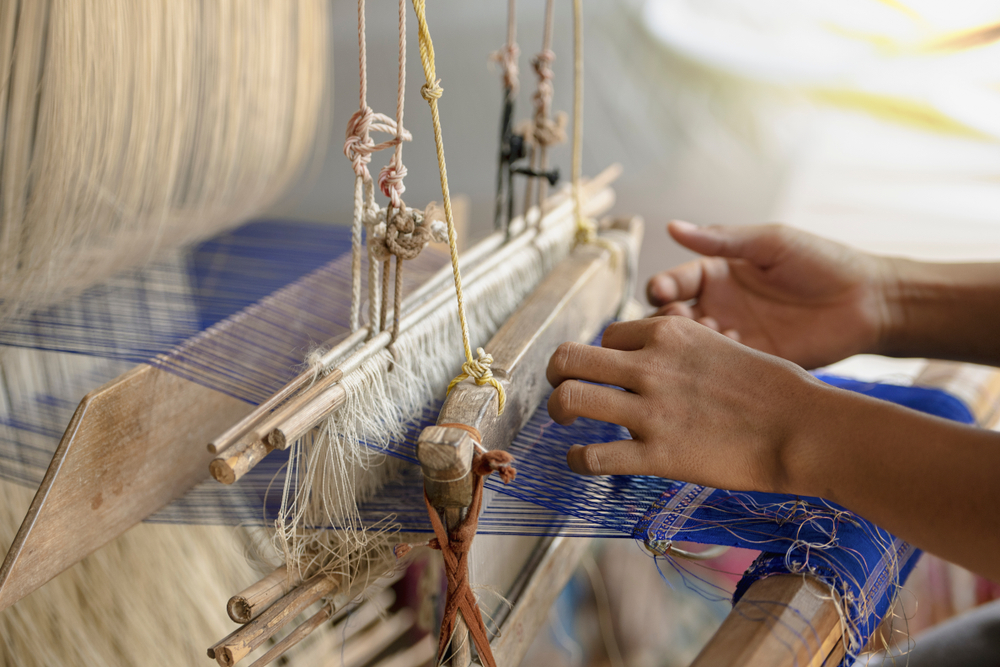 Three radio stations now give a voice to the thousands of garment workers whose plight has long been ignored by manufacturers and brands.
Shutterstock picture
Reuters   |   Chennai   |   Published 20.02.19, 09:22 PM

The caller broke down in tears as she described how she queued three times to use one of only two toilets provided for 200 garment employees at the spinning mill where she works in Tamil Nadu.

Her turn never came, forcing the factory worker to use a corner of the mill where waste cotton is discarded.

Humiliated and angry, the worker decided to share her daily ordeal at the mill with a local radio phone-in show. Listeners included labour unions and factory managers and work has now begun to add more toilets at the mill.

Three radio stations, which are free and broadcast through mobile phones, have been set up across Tamil Nadu over the last year and now give a voice to the thousands of garment workers whose plight has long been ignored by manufacturers and brands.

Operating in the regions of Dindigul, Chennai and Tirupur, they attract more than 200 callers per day and have quickly become a huge hit among the state’s garment workers.

Many of the factories and mills in Tamil Nadu — the largest hub in India’s $40-billion-a-year textile and garment industry — operate informally, with poor regulation, and provide few formal grievance mechanisms for workers, union leaders say.

Existing grievance systems, like anonymous complaint boxes and internal committees to deal with sexual harassment, are rarely used by workers who fear they will lose their jobs or distrust management, they add.

“What they cannot openly say for fear of losing their jobs, they say here,” said Thivyarakhini Sesuraj, president of the all-women Tamilnadu Textile and Common Labour Union (TTCU), which runs the Voice of TTCU station in Dindigul. “These are firsthand reports of what goes on inside the factories. And they reflect everyday abuse and hardship.”

Every day on her way to work, Chennai-based garment worker Padma listens to the Voice of Rights station on her mobile phone, pressing it against her ear and straining to hear the callers over the traffic sounds during her daily commute. Padma describes the show as an ”addiction that empowers” her.

Paul Kani tunes in to the same station each morning, putting her phone on loudspeaker as she cooks for her family before heading to work at her garment factory in Ambattur, a suburb near Chennai.

Kani says she can no longer cook unless she has the station playing in the background and likes to get involved. “I love talking about various issues on the show,” she said. “So many people can hear me and I don’t feel alone in my struggles.”

Supported by technology company Gram Vaani, the Voice of Tirupur station hit the airwaves last week, making it the third interactive platform available to the more than one million workers employed in Tamil Nadu.

Run in collaboration with garment workers’ unions like TTCU, Garment and Fashion Workers Union, and Penn Thozhilalargal Sangam, these channels are helping to track and find solutions to grievances, labour rights campaigners say.

“We have had more than 80 cases where the problem has been resolved and impacted hundreds of workers in just one year,” said Lamuel Enoch, programme manager at Gram Vaani.

As well as spoof shows that give a light-hearted take on the lives of factory workers, Village Talk is a segment that invites listeners to share a short clip of them singing or talking on a work-related or everyday issue.

“We use comedy, music and drama to talk about issues ... (and) broadcast updates on union activities, ongoing court cases and policy,” Enoch said. “Our latest edition also includes multiple language options to cater to the migrant worker.”

Sesuraj at TTCU, who has campaigned for many years to improve the rights of mill workers, said she is often surprised by the nature of complaints and concerns raised by workers who call the radio shows.

“A recent caller said that she was being ridiculed for not fitting into a uniform shirt provided by the management,” Sesuraj said. “All the shirts were in medium size but she needed a large, which they refused to give her. She could not even negotiate for that. She wanted help.”

The silence around sexual harassment is also being broken by the three new radio networks.

Despite nationwide awareness campaigns and the introduction of mandatory complaints committees in factories since 2013, no sexual harassment complaints have been made in the Tamil Nadu garment industry, according to a 2018 government report.

However, on air, garment workers have found their voice, often mentioning the abuse they are subjected to each day, Sesuraj said.

Three cases of sexual harassment described by callers on Voice of TTCU shows are now being formally pursued by the union in Dindigul.

“The users are growing, awareness is growing, and we have received complaints in large numbers,” said Sujata Mody, president of Garment and Fashion Workers’ Union that runs the Voice of Rights broadcast.

“But are brands listening to voices of the women ... and is the industry willing to meet their basic needs? Everyone needs to tune in and listen carefully for change to come.”