Six-foot gap for MPs, not more than two witnesses 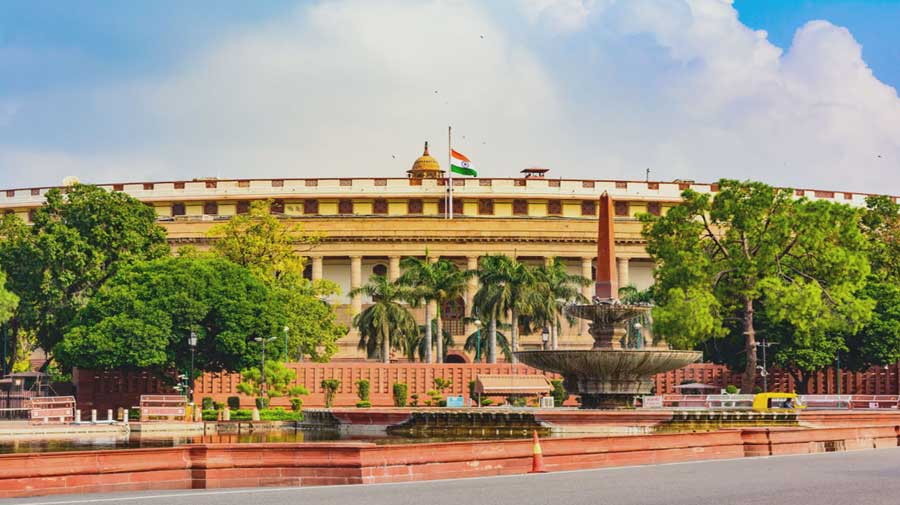 The Rajya Sabha secretariat has issued an eight-point protocol for MPs ahead of meetings of the standing committees on science and technology and home affairs on July 10 and 15.

The protocol, which has been set keeping in mind the Covid-19 pandemic, demand the MPs to sit 6ft apart, and not more than two witnesses from the ministry concerned can appear before the panel at a time.

Chairman Anand Sharma had convened the meeting of the standing committee on home affairs on June 3, but it had to be called off as members had expressed their inability to attend it in view of the prevailing situation.

Congress leader Jairam Ramesh, who is the chairman of the standing committee on science and technology, environment and climate change, had written to Rajya Sabha Chairman M. Venkaiah Naidu to allow virtual participation of members in the meeting because of the quarantine restrictions and curbs on travelling.

As members were facing difficulty in travelling,   the presiding officers of the Lok Sabha and the Rajya Sabha had earlier deliberated on the issue of holding virtual panel meetings.

However, they have not given their approval because of rules that require changes to be made by the Rules Committee of Parliament and the passing of a resolution by the House, according to sources.

The Rajya Sabha has eight departments related to the parliamentary standing committees of the House, of which two are chaired by Congress leaders Sharma and Ramesh.

“Respected M. Venkaiah Naidu garu, Standing Committee on Science & Technology is scheduled to meet on July 10th. MPs across parties have asked for virtual sitting of Committee to discuss S&T issues related to COVID-19. I hope you will allow. Where there is will, there is skill,” Ramesh said on Twitter.

In his letter to Naidu, Ramesh said the panel would discuss ongoing S&T-related issues concerning the pandemic and current and future S&T programmes to enhance resilience and capacity to deal with such crises.

“Many members of the Committee have expressed their inability to attend this meeting because of travel restrictions, quarantine and other constraints. I am doubtful if we can muster up a quorum.

“But every member irrespective of party affiliation has asked for a virtual sitting of the Committee. Surely, this can be arranged — a number of other countries have held even full Parliament sessions in a virtual mode. I once again request you to allow virtual meetings of the Standing Committees,” Ramesh wrote.

The Rajya Sabha secretariat had discussed the protocol to be followed on May 28, anticipating meetings of some committees after the restrictions on domestic air travel were lifted on May 25.

Officials discussed the issue again and announced the updated protocol ahead of the two scheduled meetings.

The protocol also stated that materials related to the meetings would be supplied to members as soft copies, and reporters would be accommodated in the well of the committee rooms for taking verbatim note of the proceedings.

Hand sanitisers, disposable masks and gloves for the members, witnesses, officers and staff of the secretariat will be ensured at the entrance of the committee rooms and their attendance will also be taken outside under the new protocols, the sources said.