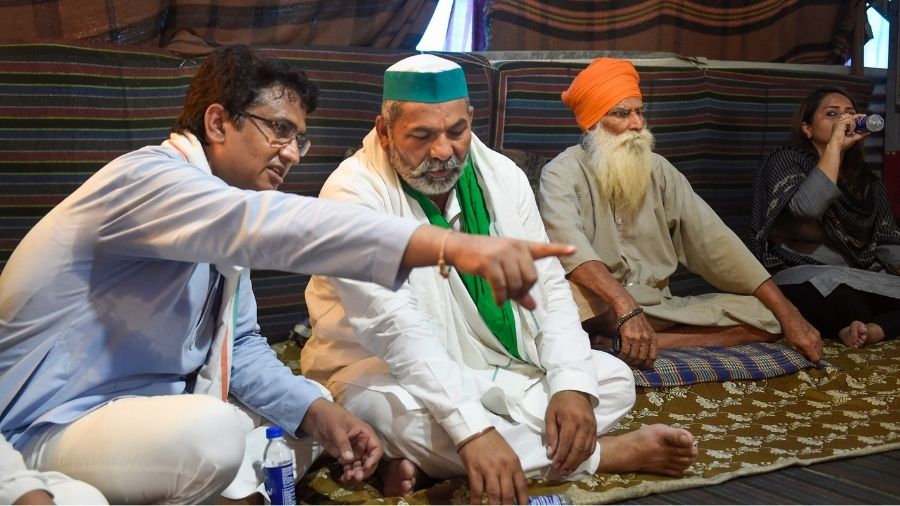 The Samyukta Kisan Morcha (SKM), a united front of over 40 farmer unions protesting against three agriculture laws of the Centre, on Monday said its call for a "Bharat Bandh" received an "unprecedented and historic" response from more than 23 states and not a single untoward incident was reported from anywhere.

It, however, said Monday's events were "unfortunately marked by three farmer deaths", adding that more details are awaited.

The morcha claimed that the response to the bandh call was "more widespread than before" and nearly all opposition political parties extended an unconditional support to it.

"Reports have been pouring in about the overwhelmingly positive and resounding response to the Bharat Bandh call to mark 10 months of peaceful protests with rightful demands from the 'annadaatas' of the country. Spontaneous participation from various sections of the society was witnessed at most places," it said in a statement.

The SKM said the bandh was observed peacefully in "more than 23 states" and not a single untoward incident was reported.

In Punjab alone, people gathered at more than 500 locations to express their support to the bandh. Numerous non-farmer associations also stood in solidarity with the farmers, it said.

"Life came to a near standstill in several states like Kerala, Punjab, Haryana, Jharkhand and Bihar. Reports indicate that in several parts of southern Assam, Karnataka, Tamil Nadu, Maharashtra, Rajasthan and Uttarakhand, this was the situation. Scores of protests marked the day in states like Tamil Nadu, Telangana, Karnataka, Rajasthan, Uttar Pradesh and Uttarakhand," the SKM said.

"It is patently clear that the people of India are tired of the government's adamant and unreasonable stand on the protesting farmers' legitimate demands and anti-people policies in numerous sectors," it added.

The morcha also said the Uttar Pradesh government insulted farmers by offering a meagre Rs 25 hike per quintal of sugarcane.

Farmers are not ready to settle for anything less than Rs 425 per quintal of sugarcane, it said.

Earlier in the day, several trains were cancelled, highways and key roads blocked and many thousands stranded for hours as the 10-hour shutdown against the three farm laws disrupted lives in parts of the country, particularly in the north.

Protesters blocked highways and arterial roads and squatted on railway tracks at several places from 6 am as the shutdown called by the SKM got underway.

The blockade was lifted at 4 pm.

The day marks a year since President Ram Nath Kovind gave his assent to the three controversial laws and 10 months since thousands of farmers set up camps at Delhi's border points to voice their protest.