Himachal Pradesh: Cable car with 11 onboard stuck mid-air in Parwanoo, all rescued 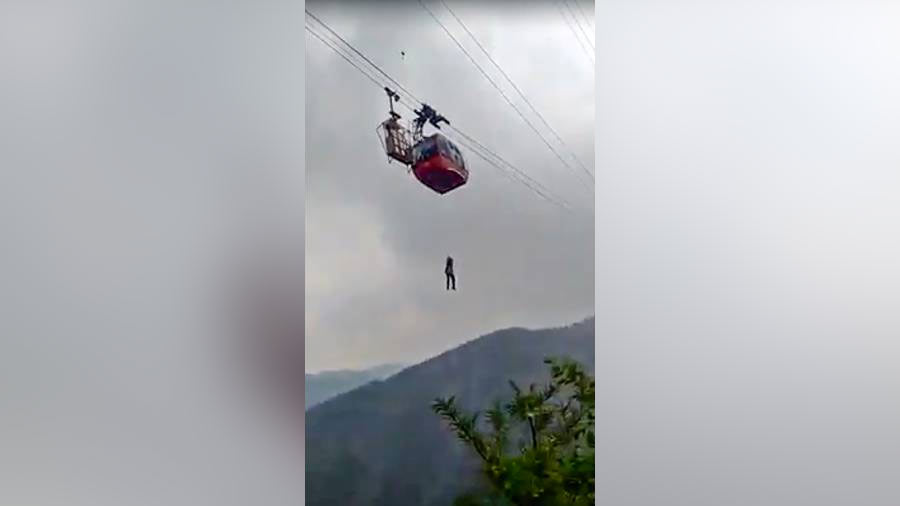 Eleven people were stranded mid-air in a cable car at Parwanoo Timber Trail in Himachal Pradesh's Solan district as rescuers began bringing them to safety one by one, a state disaster management official said on Monday.

Nine of them have been rescued and efforts are on to rescue the remaining two, Parwanoo Deputy Superintendent of Police Pranav Chauhan said, adding the incident was reported around 11 am.

Chief Minister Jai Ram Thakur said that the rescue operation is going on at Parwanoo Timber Trail in Solan. I will also reach the site soon. Teams from NDRF and district administration are at the spot and all the passengers will be rescued, Thakur said in a tweet in Hindi.

One of the rescued persons told the media that all 11 tourists were from Delhi.

Earlier, State Disaster Management Director Sudesh Mokhta said eight people were stuck in the timber trail due to some technical snag in the cable car.

According to Solan Superintendent of Police Virendra Sharma, another cable car trolley was deployed to rescue the people.

The technical team of the Timber Trail operator has been deployed and a police team is monitoring the situation, the SP added.

A similar scene was seen on October 13, 1992, when the haulage cable broke near the docking station and the cable car carrying 11 passengers slid backwards. In panic, the operator had jumped off the car just as it began its slide and died after his head had hit a rock. The joint operation was carried out by the 152-helicopter unit based at Sarsawa in Uttar Pradesh, 1 Para Commando unit at Nahan, Himachal Pradesh, and an engineers’ unit at Chandimandir. The operatIon was helmed by then Group Capt Fali H Major, who became the IAF chief later in his career.

Trek to Lady of Keylong