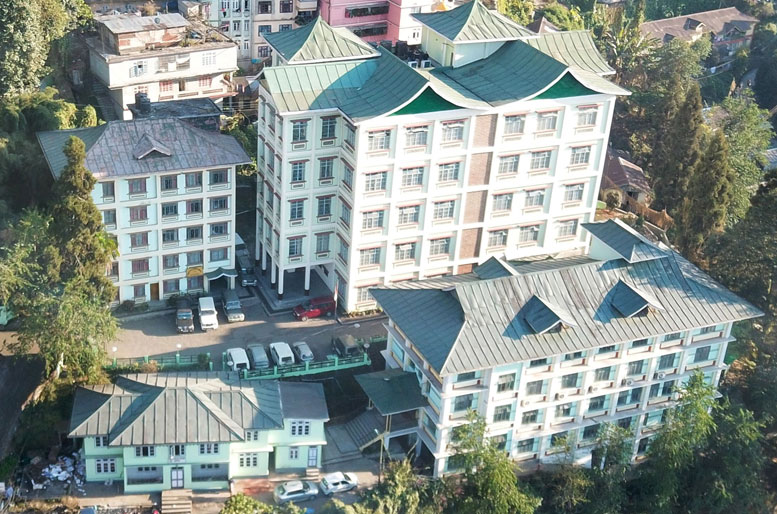 High Court of Sikkim has barred the state government from felling any more trees to facilitate the execution of the Gangtok Smart City Project and sought details on the 121 trees that had already been chopped down in three different areas of the town.

Hearing a Public Interest Litigation filed by a Gangtok-based architect, Kailash Pradhan, Justices Meenakshi Madan Rasaily and Bhaskar Raj Pradhan in their order issued on Monday demanded all relevant documents pertaining to the felling of trees as part of the project before the next date of hearing.

“The State Government shall not fell any further trees whatsoever, either in Zero Point Junction, Development Area Junction or High Court Junction or in the remaining 6 (six) venues…,” ordered the judges.

Responding to a point raised by Jorgay Namka, the amicus curiae in the case, about the trees being felt in dedicated Green Belt areas, the court stated: “The State-Respondents shall also furnish all relevant documents pertaining to the Green Belt areas in and around Gangtok, rules regarding felling of trees and shall explain as to how trees were felled in the Green Belt areas.”

The work on the Rs 2,284 Gangtok project started in June 2018. It is being executed by the state government-owned Gangtok Smart City Development Limited (GSCDL), and is expected to be completed by 2024.

Namka had also pointed out that a large number of trees had been felled on the plea that 10 saplings would be planted in lieu of every tree felled.

Pradhan, in his petition, also questioned the government’s justification of planting 10 saplings elsewhere for every tree felled in the city as part of the project. “For city dwellers, trees are precious and cannot be compared to trees in a forest,” he said.

Seeking the intervention of the high court on the matter, Pradhan said: “I, as a resident of Gangtok, am deeply troubled by the callous way that the trees of the city are being felled. A city should try to save the trees as much as it can…Trees will play an important part if we are to become the city of our aspirations.”

The Gangtok Smart City Project is part of the Union ministry for urban development’s pan-India Smart City Mission to promote cities that provide core infrastructure and give a decent quality of life to its citizens, a clean and sustainable environment and application of smart solutions.