Most parts of the Outer Ring Road, which houses several IT companies, resembled lakes, hobbling traffic 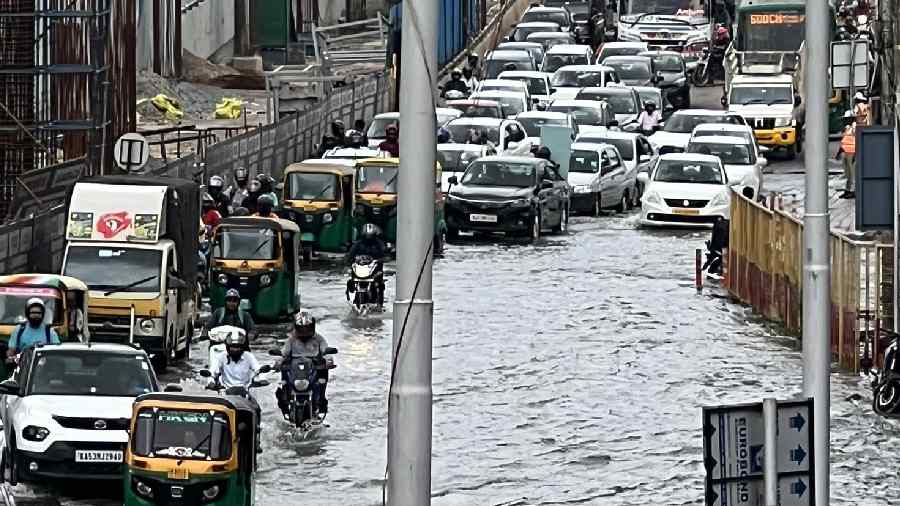 Life in the country’s IT capital was crippled by the rain, which caused lakes and stormwater drains to overflow and flood low-lying areas. Cars and two-wheelers parked in basements and in front of houses were submerged in parts of the city. Whitefield, Indiranagar, Kengeri, R.R. Nagar, Bommanahalli, Marathalli and Mahadevapura were badly affected.

Most parts of the Outer Ring Road, which houses several IT companies, resembled lakes, hobbling traffic. The unavailability of buses, autos and cabs left commuters in the lurch. Ambulances got stuck in traffic snarls.

The Bangalore Water Supply and Sewerage Board's (BWSSB) pump-house unit at T.K. Halli near Mandya, which manages water supply from the Cauvery to the city, was flooded. Work on draining the water out was underway, chief minister Basavaraj Bommai said. The BWSSB warned of disruption in water supply in several areas of Bangalore on Monday and Tuesday.

According to the weather office forecast for the next 48 hours, a few spells of light to moderate rain or thundershowers were “very likely” in the city.