Advertisement
Home / India / Lathi-happy UP police graduate from CAA protesters to public figures. Your turn next

Lathi-happy UP police graduate from CAA protesters to public figures. Your turn next 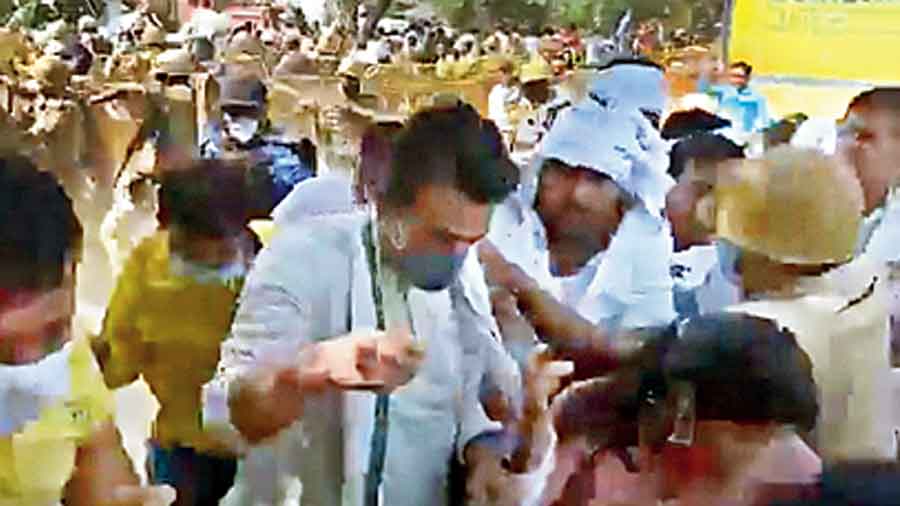 Video clips show former MP Jayant Chaudhary (second from left) being shielded by his supporters as Uttar Pradesh police mount a lathicharge near the house of the victim in Hathras on Sunday
Telegraph picture
Piyush Srivastava, Our Bureau   |   Lucknow, New Delhi   |   Published 05.10.20, 02:25 AM

When Uttar Pradesh police ran amok during the citizenship protests last winter and were accused of unspeakable brutality, the relative obscurity of the victims probably afforded many in the country an excuse to look the other way and go about their business as usual.

Since then, Yogi Adityanath’s law-enforcement machine has raised the bar, graduating to strong-arming elected representatives and other public figures. 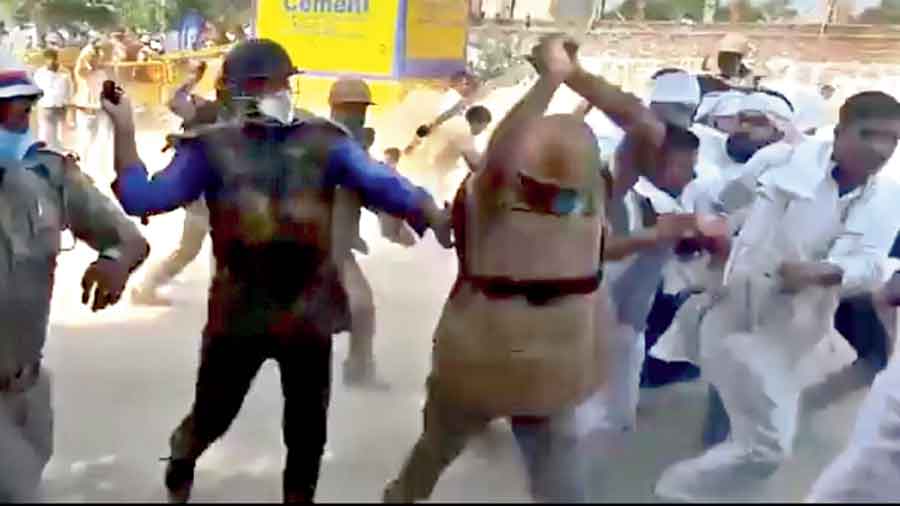 The events that have unfolded in Hathras, the Uttar Pradesh district were a Dalit girl was brutalised and murdered, in the past few days have one common factor: the deployment of muscle power on public figures.

Some citizens are indeed drawing vicarious pleasure from the sight of politicians getting roughed up — a daily occurrence in the lives of many a common man.

Some have portrayed it as an essential rite of passage in public life, suggesting you are not an Opposition leader until you have taken a few lathi blows.

But such wisecracks have deflected attention from a frightening prospect: if this is how the political elite is being treated in this country, what does it augur for the faceless citizen?

On Sunday, police in Noida apologised to Priyanka Gandhi Vadra for a policeman holding her by her kurta on Saturday and said an inquiry by “a senior lady officer” had been ordered.

“We, at Noida police, are committed to ensuring the safety and dignity of women,” the district police said in a statement, presumably unaware of the irony.

But that did not prevent the police in Hathras from wielding the lathi on a group led by Jayant Chaudhary, former MP and grandson of former Prime Minister and peasant rights crusader Chaudhary Charan Singh. Jayant was saved only because his supporters formed a protective ring around him and took several blows on themselves.

The police, who wielded the baton at least a dozen times on Sunday to break up any form of gathering in the village, rushed towards Jayant as soon as he had stepped out of the victim’s house and begun speaking to the media.

Footage showed policemen beating back Jayant and those accompanying him.

Jayant, a Rashtriya Lok Dal leader who had represented Mathura from 2009 to 2014, later uploaded a video of the assault and tweeted in Hindi: “If you have the right to wield the baton, I have the right to stand by my people. Wield the baton as much as you want, our resolve will only grow stronger…. Save democracy.”

Jayant, a graduate from the London School of Economics, told journalists while leaving the village: “I was talking to reporters when the police suddenly started wielding batons. My supporters saved me, but many got injured in the process.”

At least two dozen villagers in Hathras suffered injuries as the police attacked them with sticks through the day to prevent people from gathering. Many of them had merely stepped out of their homes out of curiosity at the flurry of activity in the village.

Samajwadi Party members who had also gone to meet the victim’s family were assaulted. Samajwadi president and former chief minister Akhilesh Yadav, who was not part of the team, said: “The government will not be able to suppress the movement as long as the guilty are not punished.” 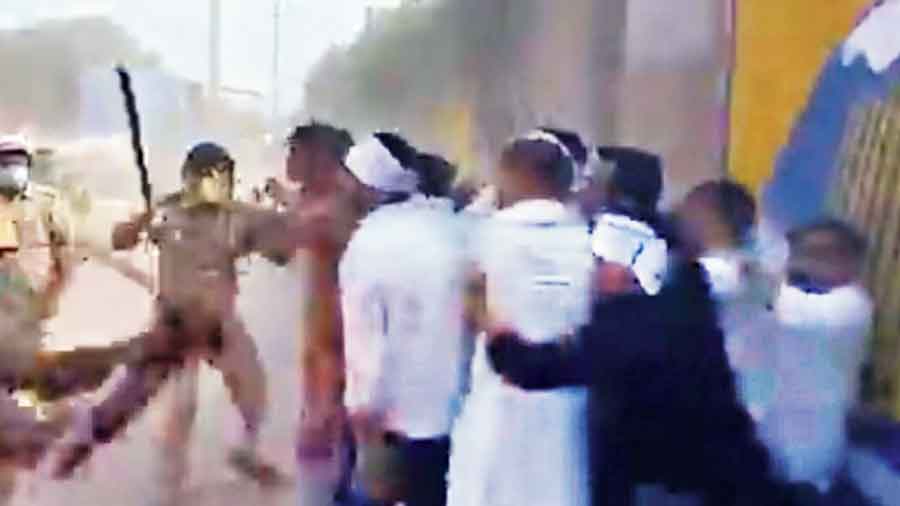 Awanish Awasthi, additional chief secretary, home, did not respond to a message from this newspaper asking the reason behind the frequent police beatings.

Not that the police are wielding the lathi indiscriminately. “The police are offering chairs to Rajput goondas. Our lives are in danger,” said the brother of the Hathras victim on Sunday.

He said upper caste Rajputs were camping in and around the village to harm the family. “They were helping the police lathicharge those demanding justice for us,” the brother added.

A video clip showed a man wearing a tilak on his forehead threatening and shouting at unseen villagers. He accuses them of not having faith in the CBI or the SIT and adds: “Ek baar mulakaat kar, hum tujhe bharosa dilayenge (Meet us once, we will ensure you have faith.)”

The fault dear Brutus is in our cars: Kailash Vijayvargiya on Yogi Adityanath's Uttar Pradesh and the Hathras rape case