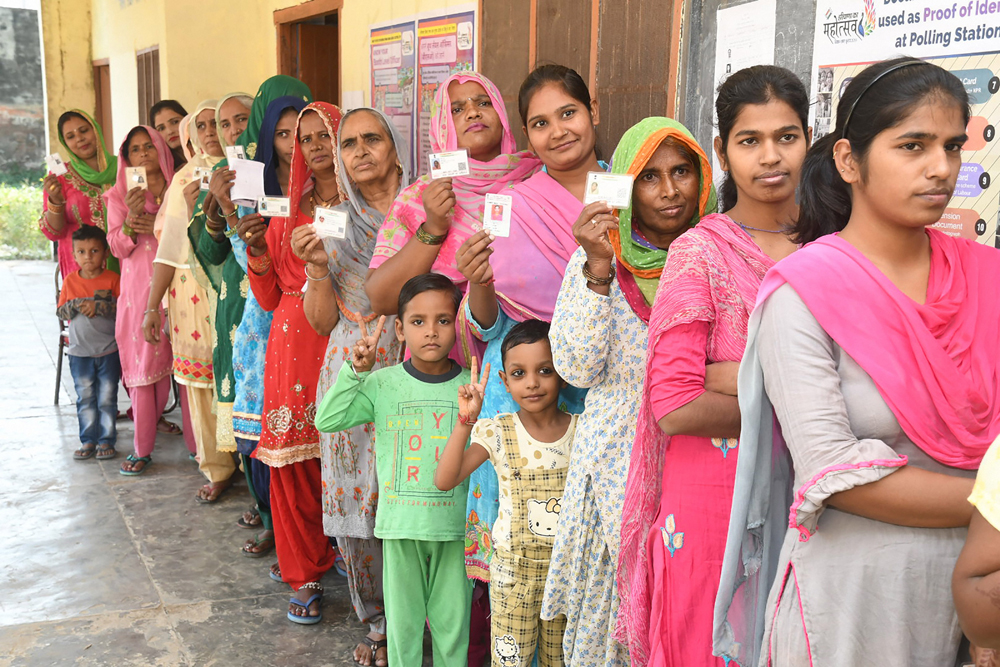 An exit poll conducted by Axis My India for India Today TV on Tuesday projected a neck-and-neck fight between the ruling BJP and the Congress in Haryana, striking a completely different note from a bunch of other predictions of a cake-walk for the saffron party.

The exit poll projected the BJP could get between 32 and 44 seats in the 90-member House, where the majority mark is 46. It said the Congress, written off by most pollsters, could get between 30 and 42 seats. The kingmaker, according to the poll, would be Chaudhary Devi Lal’s great-grandson Dushyant Chautala, who leads the Jannayak Janta Party, projected to get 6-10 seats.