Guilty should be given exemplary punishment: IRS association on police-lawyers clash 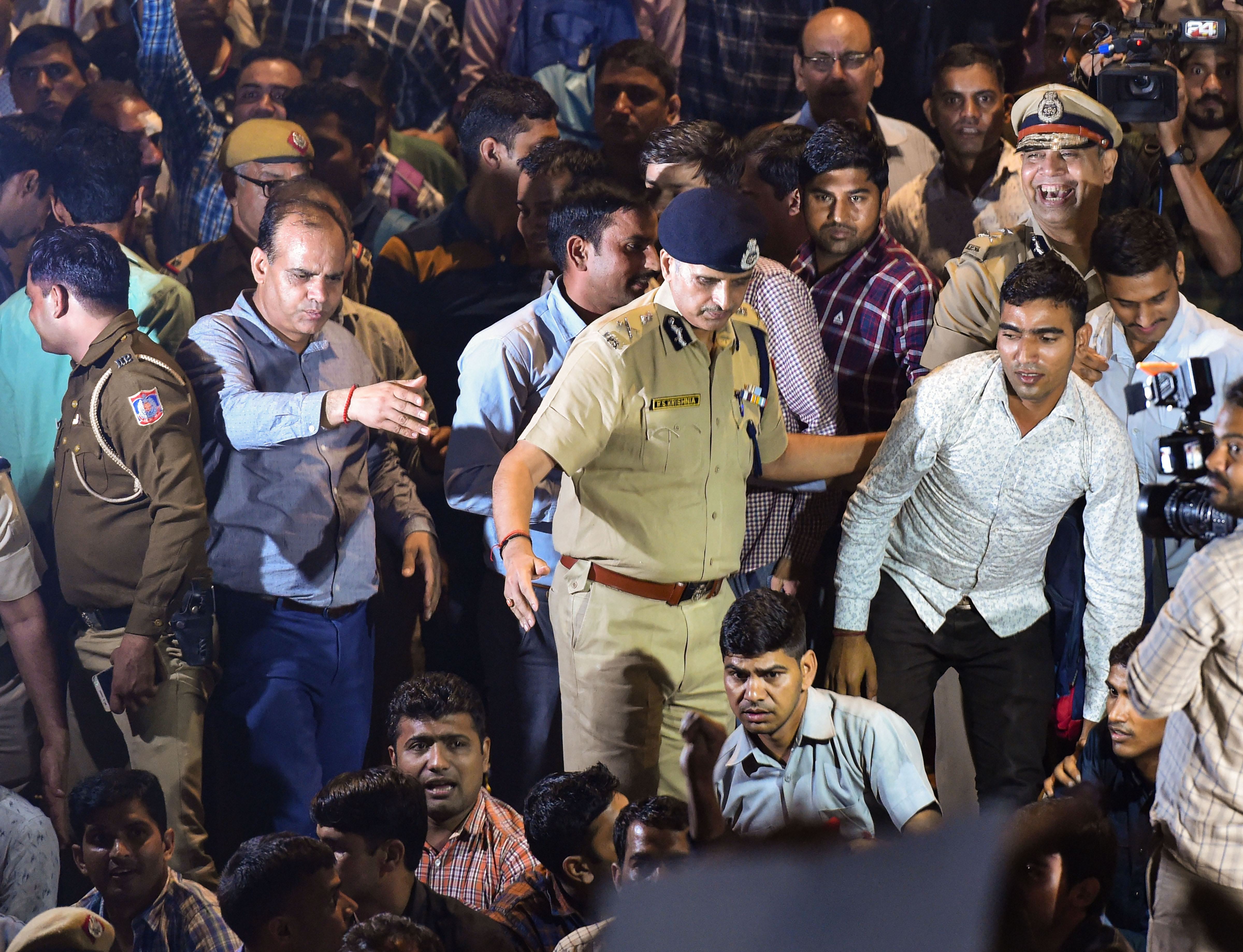 The guilty involved in the Delhi police-lawyers violent standoff should be given 'exemplary punishment,' the all-India association of Indian Revenue Service (IRS) officers said.

The IRS officers association also expressed their solidarity with their 'IPS brethren.'

'The recent incident involving police and lawyers in Delhi is very unfortunate and against all norms of civilised behaviour,' the resolution of the association said.

'Violence by anybody and in any form is condemnable. We express solidarity with our IPS brethren. Guilty should be given exemplary punishment,' it said.

The IRS association of the Income Tax department represents about 4,000 officers working across the country.

Thousands of Delhi police personnel laid siege outside the police headquarters for almost 11 hours on Tuesday and staged a virtual revolt, which was sparked by clashes between lawyers and police personnel.

A purported video on Monday showed a police personnel was allegedly attacked by lawyers outside Saket district court, following a dispute on Saturday over parking vehicles between an on-duty policeman and a lawyer at the Tis Hazari Court complex, which resulted in injuries to at least 20 security personnel and several lawyers.