No militant group had claimed responsibility till late Monday evening 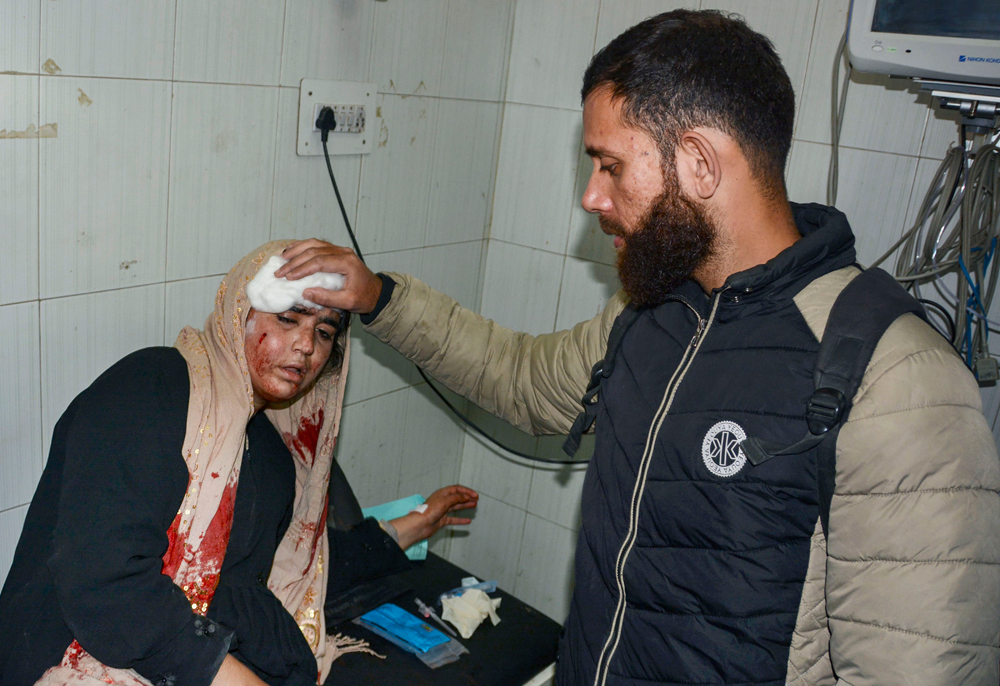 A grenade attack in a crowded Srinagar shopping hub on Monday killed a non-local toy seller and injured at least 40 people, two of them critically.

A police spokesperson linked the suspected militant attack to the “return of normalcy”, saying the “opening of shops is unnerving the terrorists and their handlers in Pakistan”.

No militant group had claimed responsibility for the attack till late Monday evening.

The police had earlier blamed militants for the killing of 11 non-Kashmiris in attacks in south Kashmir, but some posts attributed to the militants claimed they were not involved.

On Monday, the grenade was tossed towards a busy Hari Singh High Street at the city centre around 1.30pm when it was packed with roadside vendors and shoppers.

Nazir Ahmad, the medical superintendent of SMHS Hospital, said two of the 40 injured were critical. Three personnel of the Sasashtra Seema Bal are among those injured.

This has been the second grenade attack on the street and the fifth in the Valley in the past one month.

“The shops in the locality were closed (because of the continuing shutdown) but many roadside vendors had opened their stalls today. There were many people buying fruits and vegetables,” a fruit seller said.

“I pushed my cart and ran for cover, like many others did. The injured were lying scattered on the road. Moments later, people rushed in to shift the injured to hospital.”

CCTV footage released by the police showed smoke billowing from a corner of the street after the blast. People could be seen running for cover but many returned immediately to help the injured.

“We are looking at the CCTV footage to zero in on the militants,” an officer said.

The police spokesperson said a “local terrorist was arrested two days ago at Sopore, who too was tasked to throw grenades at busy markets and petrol pumps”.