The explosion near the Anantnag deputy commissioner's office injured 14 persons, including a traffic policeman and a local journalist 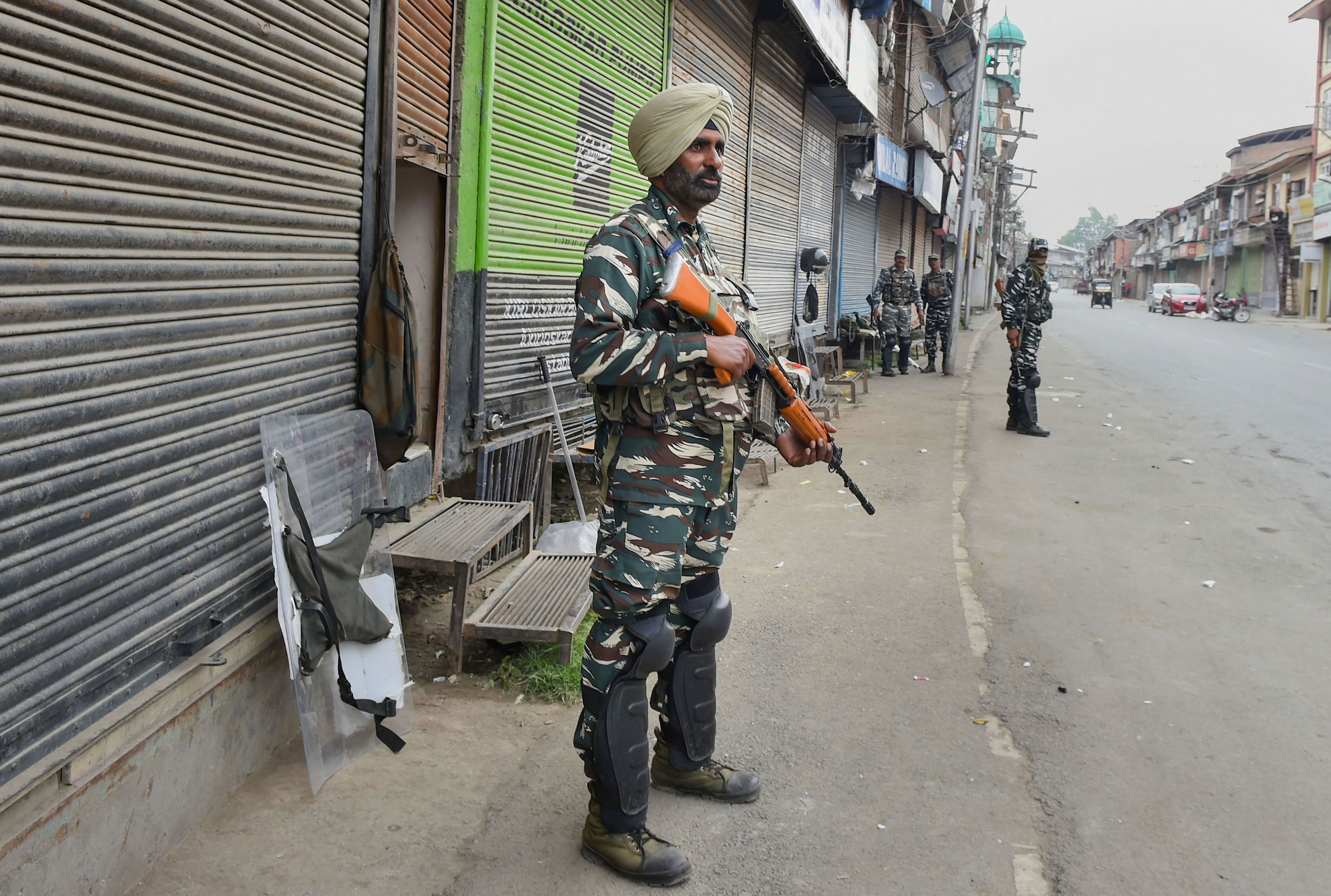 At least 14 persons, including a traffic policeman, were injured in a grenade attack outside the deputy commissioner’s office in Anantnag, south Kashmir, on Saturday, a police officer said.

This was the second grenade attack in the Valley since Jammu and Kashmir’s special status was revoked on August 5. Suspected terrorists hurled a grenade on a security patrol outside the heavily guarded office complex in Anantnag, 55 km from Srinagar, around 11 am, the officer said.

He said the grenade missed the intended target and exploded on a side of the road, causing splinter injuries to 14 persons, including a traffic policeman and a local journalist. All the injured were admitted to a hospital and 13 of them were discharged after treatment.

One person was still in hospital but he was stated to be out of danger. The blast sparked panic among people in the town.

The area has been cordoned off by security forces and a hunt has been launched to nab those behind the attack, the officer said.

No terrorist outfit has so far claimed responsibility for the attack.

On September 28, suspected terrorists had hurled a grenade at the CRPF’s 38 battalion personnel in the Nawa Kadal area of downtown Srinagar. There was no casualty.