The former PM asked his son, the chief minister, to focus on governance and to carefully watch his words 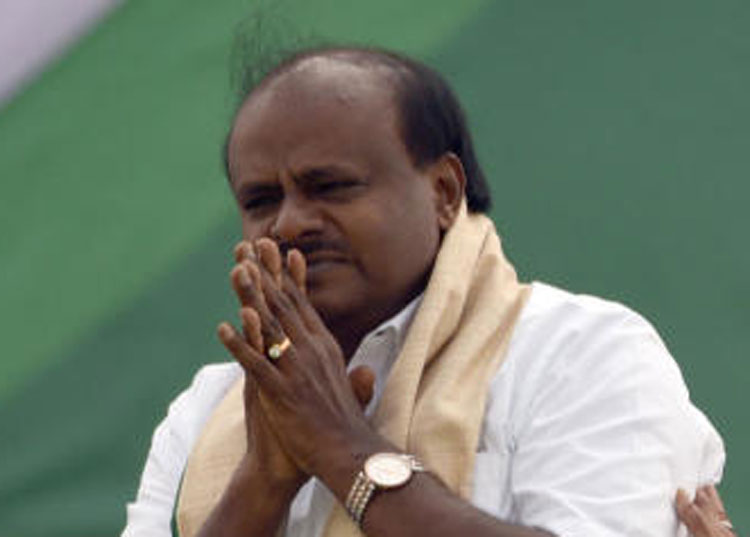 Former Prime Minister H.D. Deve Gowda has stepped in to rein in the frequent emotional outbursts of his son and Karnataka chief minister H.D. Kumaraswamy, which are said to be straining the JDS’s alliance with the Congress at a time the BJP is allegedly trying to topple the government.

Hours after Kumaraswamy said on Monday that he was ready to quit, Gowda met him in the night and asked him to refrain from making such statements that could be interpreted as his weakness or be projected as signs of instability of the coalition government the son is heading, JDS sources said.

A JDS functionary who was present at the meeting said Gowda had a “friendly” talk with Kumaraswamy on why it was important to watch one’s words.

“He was quite worried about his son repeatedly making emotional statements about the difficulties in handling the coalition and now threatening to quit,” said the party official who declined to be named.

Gowda told Kumaraswamy about the ramifications of such open threats to resign.

“Basically he was worried about his son’s health as well. That’s why he took the initiative to calm him down,” the JDS functionary said.

Gowda, along with Kumaraswamy, had attended the Mamata Banerjee-organised Opposition rally at Calcutta’s Brigade Parade Grounds on January 19 and had spoken about the need to come together to take on the BJP, the challenges before such a proposed alliance and the importance of seat-sharing initiatives.

Kumaraswamy’s latest outburst came after Congress ministers openly accused the coalition government in Karnataka of not doing enough for development and said P.C. Siddaramaiah continued to be their chief minister.

Congress leaders including AICC general secretary in charge of the state, K.C. Venugopal, have spoken to Kumaraswamy since, expressing complete support to his government.

With Lok Sabha elections months away, neither the Congress nor the JDS wants to rock the coalition boat and hand over the advantage to the BJP.

“Gowdaru (Gowda) told Kumaraswamy that it would be very damaging if he continued to react like this since the BJP is already gearing up to dislodge the government,” said the JDS official.

“He asked Kumaraswamy to ignore what has been said (by the Congress ministers) and focus on governance,” he added.

At a party event held late on Monday to install legislator Y.S.V. Datta as the campaign committee chairman, Gowda said he decided to form the coalition with the Congress to safeguard secular forces.

“I have the endurance to protect the coalition government. The Congress and the JDS have the ability to address the grievances of everyone,” said Gowda.

“I know why some Congress legislators claimed Siddaramaiah as their chief minister. But I don’t want to go into that issue,” he said in an attempt to treat it as a closed chapter.