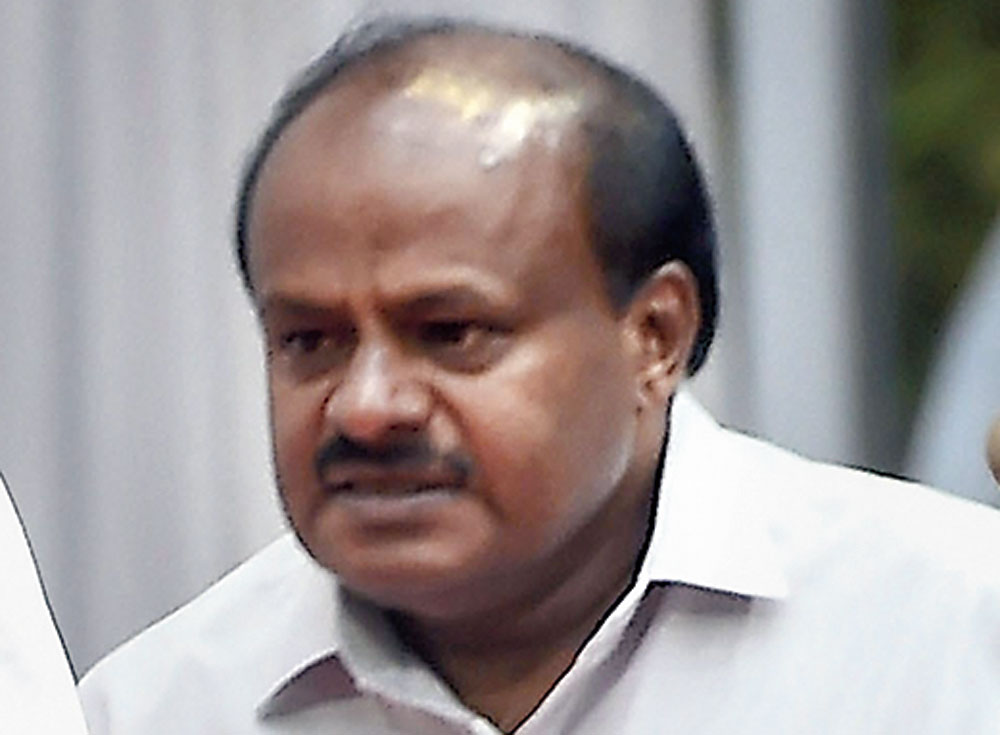 The December 22 ministry shuffle by the Congress in Karnataka has caused friction with junior coalition partner Janata Dal Secular, which has broken a week’s uneasy silence to publicly warn the ally not to take it for granted.

Chief minister H.D. Kumaraswamy’s more vociferous elder brother and PWD minister H.D. Revanna on Friday night accused the Congress of failing to inform the head of the government before releasing the list of its new ministers to the media.

“Kumaraswamy will put up with it as long as he can. We don’t know what will happen after that, and we are not scared,” Revanna told reporters.

The Congress and the JDS, which have 80 and 37 seats in a House of 224, had decided on splitting the ministry berths 22-12. The Congress, which had only filled 16 of its ministerial slots during government formation in the summer, sacked two ministers and inducted eight on December 22.

Revanna objected to the Congress stripping deputy chief minister G. Parameshwara of the key home portfolio and handing it to new inductee M.B. Patil. “It will send a wrong signal as Parameshwara is a Dalit. He was doing a good job as home minister too,” Revanna said.

The Congress’s unilateral recommendations about a host of other appointments — including the chairpersonships of key boards and corporations — has also angered the JDS, which feels the bigger partner is riding roughshod over it.

Revanna objected to the Congress recommending one of its MLAs, V. Muniyappa, as political secretary to the chief minister. “Such positions are best handled by people from the same party,” he said.

Kumaraswamy sat over the recommendation for several days, neither sanctioning nor rejecting it before he left for Singapore a couple of days ago. He will have to decide when he returns sometime after New Year’s Day.

As for the appointments of board and corporation heads— sops for ambitious and restless legislators — they will need to be cleared by the chief minister and the coalition coordination committee.

A JDS source confirmed that while the partners had agreed to share the boards and corporations 20-10, the Congress had picked 19 of its 20 chairpersons without consulting the ally over which bodies should go to which party.

For instance, the Congress has recommended its MLAs as heads of public transport corporations although transport minister D.C. Thammanna is from the JDS.

“The original idea was to make appointments to the boards and corporations under one’s own portfolios,” the JDS source said. He said his party was trying to avoid a confrontation lest it harm the coalition.

The Congress’s objective behind the ministry shuffle was to mollify disgruntled party seniors and “correct a regional imbalance” — seven of the eight inductees are from the northern districts. Six of the inductees are supporters of P.C. Siddaramaiah, head of the coalition coordination committee and former chief minister.

“We lost heavily from north Karnataka in the Assembly elections; so it was important to appoint ministers from these districts,” said a former Congress legislator.

The BJP has 104 seats in the Assembly, while JDS ally Bahujan Samaj Party and the Karnataka Pragnyavantha Janata Party hold one each. There’s a lone Independent.