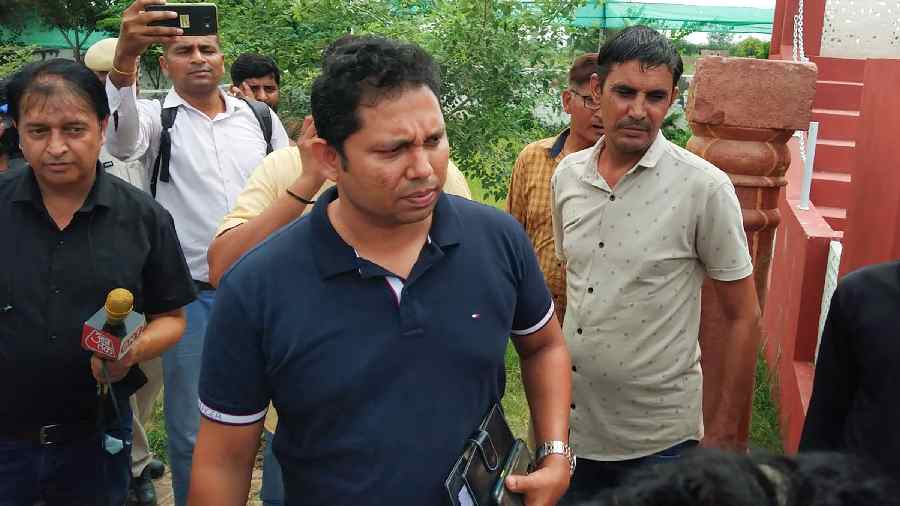 The team first went to Sadar police station here and is later expected to visit Phogat's farmhouse here to collect evidence related to the case.

Goa Chief Minister Pramod Sawant on Tuesday said his government has submitted a "confidential report" on the investigation into the case to Haryana chief minister and director general of police.

A team of Goa Police will record some statements in Haryana as part of the investigation, Sawant had said.

Phogat, a former Tik Tok star from Hisar, and a contestant on the reality TV show "Big Boss", was brought dead to a hospital in north Goa on August 23, a day after arriving in the coastal state with two of her male companions.

In another development, the Hisar Police had taken into custody an accused who had allegedly disappeared with CCTV's DVR, laptop and other documents from Phogat's farm house.

The Haryana Police had on Tuesday visited the farmhouse of Phogat to probe a complaint of theft lodged by her family members.

Her family alleged that a laptop, digital video recorder of the CCTV cameras and some documents were stolen from the farmhouse recently, police had said.

They claimed that Shivam, an aide of the BJP leader's associate Sudhir Sangwan, had taken these things from the farmhouse after the news of her death on August 23.

The family had also met Hisar's Superintendent of Police Lokender Singh on Tuesday and demanded a thorough probe into the matter.

While Phogat's family has raised suspicion of foul play in her death, her teenage daughter Yashodhara had Tuesday reiterated their demand of a CBI probe into the incident.

The Goa Police has so far arrested five persons, including two of Phogat's associates, in connection with the case.