Advertisement
Home / India / Girl who made Jinnah walk many miles

Girl who made Jinnah walk many miles

Dina Wadia, the only child of Muhammad Ali Jinnah and his Parsi wife Ruttie Petit, had retained her Indian nationality and angered her father by marrying a Parsi who had converted to Christianity, Neville Wadia. 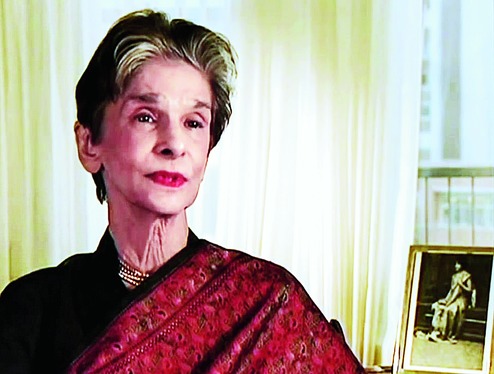 Bhopal: Dina Wadia, the only child of Muhammad Ali Jinnah and his Parsi wife Ruttie Petit, had retained her Indian nationality and angered her father by marrying a Parsi who had converted to Christianity, Neville Wadia.

She had barely been 10 when her mother died. She was raised by Jinnah's sister Fatima. Dina later admitted in an interview that she lacked a good rapport with her aunt, whom she accused of becoming a barrier between her and Jinnah.

Fatima had tried to raise the young Dina as a Muslim, teaching her the Quran and Islamic prayers.

When Dina married Neville, Jinnah was furious despite having himself married a Parsi.

In the recent book, Mr And Mrs Jinnah: The Marriage That Shook India, author Sheela Reddy says that Jinnah saw Dina's marriage to a Parsi Christian as a serious political embarrassment.

"He tried to dissuade her (Dina) but finding her adamant, Jinnah threatened to disown her. Instead of relenting, she moved into her grandmother's home, determined to go ahead with the marriage," Reddy writes.

"For two weeks, he would not receive visitors. He would just go on smoking his cigars and pacing up and down in his room. He must have walked hundreds of miles in those two weeks," Manto has written.

Dina and Neville were said to have separated in 1943, but a formal divorce never took place.

Dina found Jinnah an "affectionate but undemonstrative" father, whom she in a moment of anger described as a "grey wolf".

When Jinnah decided to sell his Bombay home in 1941, Dina broke her long silence to pen a letter to "My darling Papa".

Dated April 28, 1941, the letter is reproduced in Reddy's book. It reads: "First of all I must congratulate you - on having got Pakistan, that is to say, the principle has been accepted. I am so proud and happy for you - how hard you have worked for it."

Dina then comes to the subject of her primary interest. "I hear you have sold 'South Court' to Dalmia for 20 lakhs. It's a very good price and you must be very pleased," she writes.

"If you have sold (it), I wanted to make one suggestion of you - if you are not moving your books, could I please have a few of Ruttie's old poetry books - Byron, Shelley and a few others and the Oscar Wilde series?

"This request is only made if you are selling the books and furniture and if you don't intend to keep them, perhaps you could give me just a few for sentimental reasons. I always wanted to read them and as you know I am very fond of reading and it is difficult to get nice editions in Bombay."

Jinnah's reply was to summarily dismiss the purported house sale as a "wild rumour".

When Jinnah died on September 9, 1948, a chartered plane flew Dina from Bombay to Karachi to attend his funeral. Dina visited Lahore in March 2004 to watch a cricket match between India and Pakistan.

Dina's son, the industrialist Nusli Wadia, and her grandchildren did not mind the Jinnah legacy and visited Pakistan quite often.

Once, on a flight, a Pakistani was taken aback when one of Nusli's sons pointed to Jinnah's picture on a Pakistani currency note and declared proudly that he was his great-grandfather.