Prejudice against women based on notions of impurity and pollution associated with menstruation is a symbol of exclusion, says Justice Chandrachud 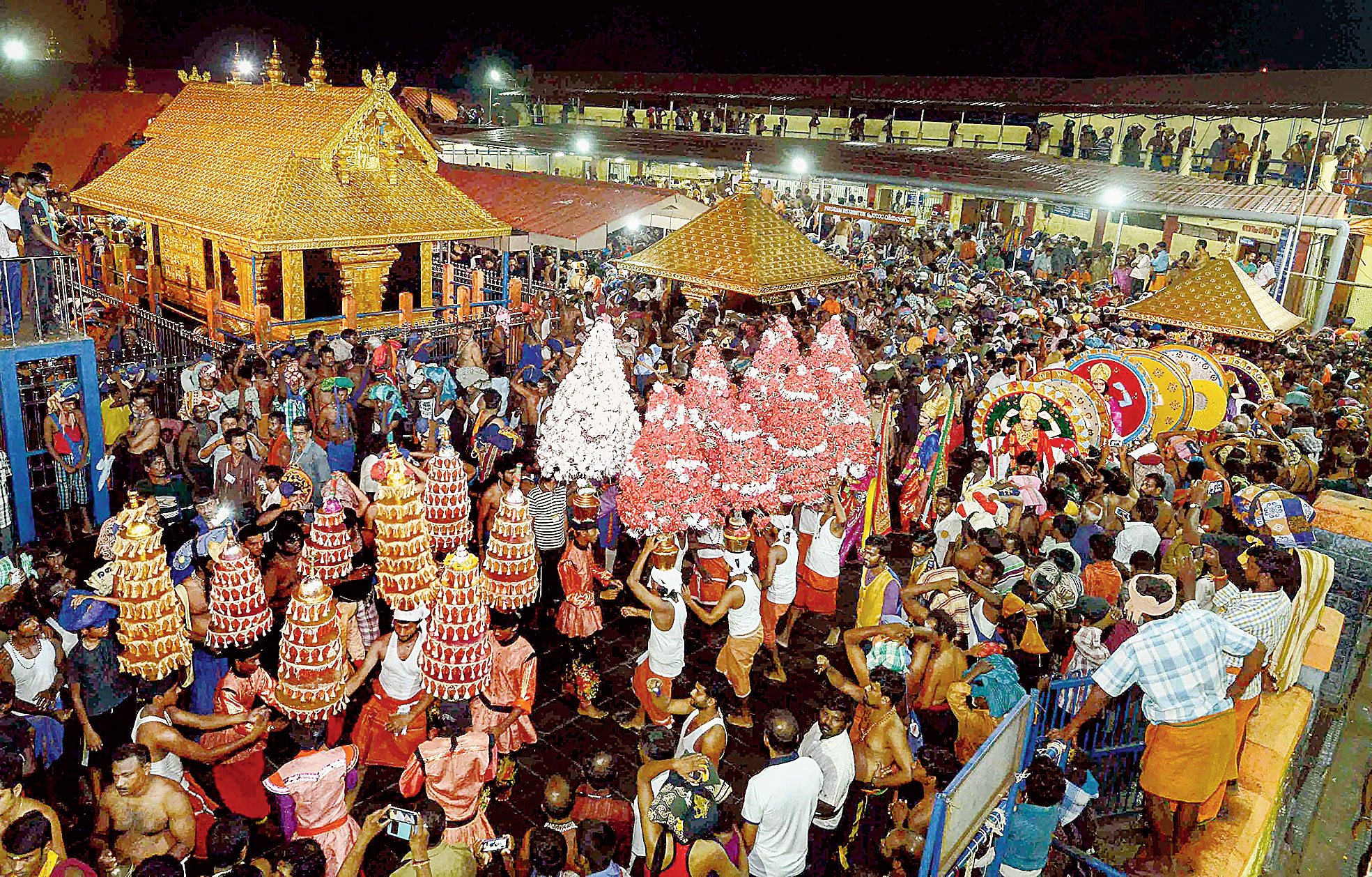 The Supreme Court on Friday quashed by a 4:1 verdict the centuries-old ban on women in the “menstrual age” entering the Sabarimala temple in Kerala, terming the practice “unconstitutional” and a form of “untouchability”.

Justice Indu Malhotra, the lone woman on the five-judge constitution bench, gave a dissenting verdict defending the ban as an “essential and integral part of the religion” in which the courts could not interfere.

“Prejudice against women based on notions of impurity and pollution associated with menstruation is a symbol of exclusion. The social exclusion of women, based on menstrual status, is but a form of untouchability, which is anathema to constitutional values,” said Justice D.Y. Chandrachud, who like Justice R.F. Nariman gave his own judgment while concurring with the majority verdict.

Any woman therefore can now enter the temple, although it’s a moot question how many women from the debarred age group (10 to 50 years) would want to, or summon the courage to, breach tradition and visit the shrine.

The court rejected the temple management’s claim that Ayyappa devotees formed a separate religious denomination with their own practices, and their invocation of Article 25 and 26, which accord citizens the right to practise their religion and manage religious institutions.

Dipak Misra, who authored the judgment for himself and Justice A.M. Khanwilkar, said.

He denied that Ayyappa devotees were a separate religious denomination, and argued that no temple ban on women from any age group could be an essential part of Hinduism, nor did it have any scriptural sanction.

Neither public order nor public health would be endangered by allowing women aged 10 to 50 to enter the temple, nor would “the nature of Hindu religion be fundamentally altered”, the court said.

Justice Nariman cited how, by the management’s own admission, even Muslims and Christians were allowed to visit the temple. Also, the court said, there was no age bar on women at the thousand-odd other Ayyappa temples in the country.

Some devotees are, however, planning to move a review petition.

Two rival legends purport to explain why women in the “menstrual age” (10 to 50 years) were denied entry into the Sabarimala temple, a bar that the Supreme Court removed on Friday.

One legend says that the presiding deity, Lord Ayyappa, had decided that if he had to answer the prayers of all who came to him, he needed to stay a naishtika brahmachari, an eternal celibate.

The other legend narrates a story of love and sacrifice.

According to this legend, Ayyappa was born to a union between Lord Shiva and Lord Vishnu who had taken the form of Mohini, the only female avatar of Vishnu, to destroy the demon Bhasmasura who had attained the power to reduce anyone to ashes.

When Ayyappa was still a minor, a female demon created havoc in his neighbourhood. Armed with the boon that only a child born out of a marriage between Shiva and Vishnu — a virtual impossibility — could defeat her in a fight, the demon went about destroying habitats.

Defeat at the hands of the young Ayyappa led to the demon regaining her beautiful self, overcoming the curse that had reduced her to a demon.

She begged Ayyappa to marry her but the god said he could not marry until the last of the kanni swamis (first-time pilgrims) had visited him. So she decided to wait.

Legend has it that she continues to wait at the Malikapurathamma Temple near the Ayyappa shrine, and that menstruating women themselves decided not to visit the temple out of respect for her love.