The diamantaire and uncle of Nirav Modi was last seen around 5.15pm on Sunday before leaving home in a car that has since been recovered 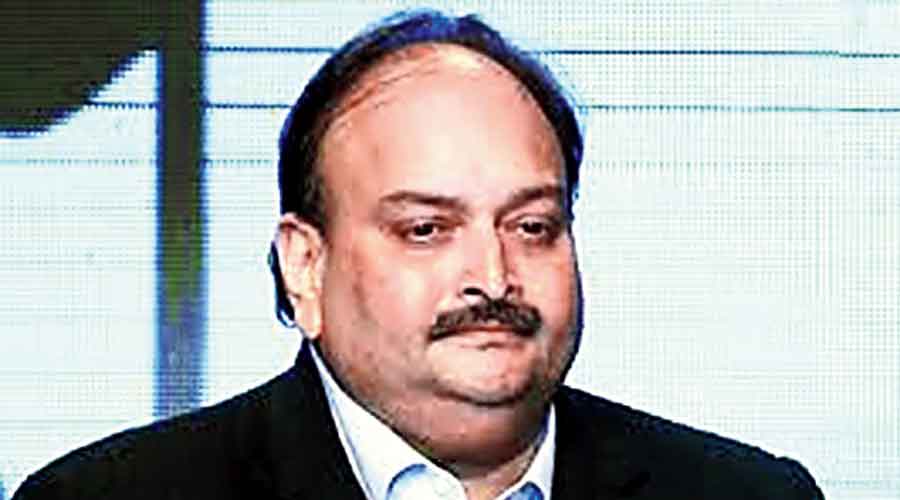 Mehul Choksi, the fugitive diamantaire and uncle of Nirav Modi, has disappeared mysteriously from Antigua where he had sought refuge in January 2018 after being accused of defrauding Punjab National Bank of close to Rs 5,000 crore through fake credit instruments.

Choksi, the 62-year-old former chairperson and MD of Gitanjali Gems, went missing on Sunday from the Caribbean island where he had obtained citizenship of Antigua and Barbuda in November 2017 using the Citizenship by Investment programme — possibly in anticipation of his flight from justice.

Nirav Modi and Choksi, his maternal uncle, were embroiled in the Rs 14,000-crore PNB fraud case that came to light in February 2018.

Reports from Antigua say Choksi disappeared on Sunday evening from Jolly Harbour, which has a large marina and is popular with expatriates who live in the island’s gated communities. He was last seen around 5.15pm on Sunday before leaving home in a car that has since been recovered.

A missing report was filed with Johnson Point police station, reports in Antiguan newspapers said but it could not be ascertained whether he had masterminded another audacious getaway.

Choksi’s lawyer Vijay Aggarwal said in Mumbai that his family members were worried and anxious after his disappearance. They were apparently unaware of his whereabouts.

Some reports have speculated that Choksi may have fled to Cuba where he owns property. Neither Antigua nor Cuba has an extradition treaty with India.

Choksi’s mysterious disappearance comes at a time the Indian government is close to clinching the extradition of Nirav Modi who has virtually exhausted all his legal options as he sits in Wandsworth prison in south-west London.

The uncle-nephew nexus had together defrauded PNB in connivance with rogue officials of the bank at its Brady House branch in Mumbai.

Three Choksi-owned entities were sucked into the fraud: Gitanjali Gems, Gili India and Nakshatra Brands, all of which have since shuttered operations.

The Indian government has often been able to strike clandestine deals with countries to secure the extradition of fugitives — the most recent being the one it negotiated with the UAE to seek the return of Christian Michel, the British businessman implicated in the Westland helicopter scam.

Antiguan Prime Minister Gaston Browne had said in 2019 that Choksi’s citizenship would be revoked and he would be extradited after he had exhausted all his legal options. There have been virtually no reports to indicate any progress of the extradition process in Antigua and whether these were being aggressively pursued.

Some reports have suggested that an Antiguan court had revoked his citizenship recently but his lawyer denied such a development.

In contrast, every twist and turn of the extradition process in the UK relating to Nirav Modi has been covered extensively in the media.

The CBI chargesheet against Choksi had claimed that bank officials at PNB’s Brady House branch in Mumbai had issued 143 fake letters of understanding (LoUs) and 224 foreign letters of credit with a validity of 360 days, flouting Reserve Bank of India rules that capped the validity of credit for the import of semi-precious and precious stones including pearls at no more than 90 days.