Fidel Castro's government in Cuba was only in its seventh month after overthrowing dictator Fulgencio Batista's regime when the country's new leader decided he needed to build ties with 14 freshly independent countries, including India. 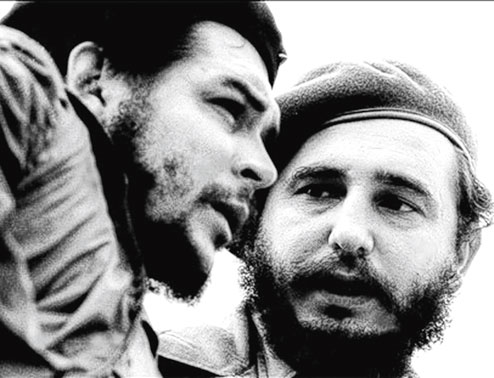 New Delhi, Nov. 26: Fidel Castro's government in Cuba was only in its seventh month after overthrowing dictator Fulgencio Batista's regime when the country's new leader decided he needed to build ties with 14 freshly independent countries, including India.

He picked the man who had emerged as his effective second-in-command, Argentine doctor-turned-revolutionary Ernesto "Che" Guevara, to travel for three months across the countries as the face of a new Cuba.

Castro's death on Friday bookends the living history of their friendship that began when they met in Mexico City, grew as they sailed on the Granma to Cuba, and blossomed through the months of battle and the early stewarding of socialist Cuba.

But India's much-celebrated friendship with Cuba serves as a continuing reminder of that friendship and the role it has played decades after Guevara died after his capture by Bolivian soldiers in 1967.

It is the image of Castro embracing then Prime Minister Indira Gandhi in New Delhi in 1983 that has come to define the warmth and friendship India and Cuba have shared since the tiny Caribbean nation's revolution.

But in July 1959, it was Guevara - who visited New Delhi and Calcutta - who laid the ground for that relationship.

"He received full honours - meeting everyone from Prime Minister Jawaharlal Nehru to other ministers and the military chiefs," said journalist Om Thanvi, whose research in 2007 uncovered details and photographs, including from Guevara's own diaries, that most even in the Indian government were unaware of. "That was the visit that laid the foundations for what we know today as the India-Cuba relationship."

Guevara had risen in prominence during the war against Batista's regime, through his heroics and his medical expertise in treating Cuban revolutionaries in the Sierra Maestra mountains.

By the time the revolutionaries rolled into Havana victorious on New Year's Day in 1959, Guevara, Fidel and his brother Raul were the three senior-most leaders of the revolution.

"If we wish to express what we want the men of future generations to be, we must say: Let them be like Che!" Fidel Castro had said of Guevara. "If we wish to say how we want our children to be educated, we must say without hesitation: We want them to be educated in Che's spirit! If we want the model of a man, who does not belong to our times but to the future, I say from the depths of my heart that such a model, without a single stain on his conduct, without a single stain on his action, is Che!"

Guevara too was effusive about Castro, not just in public, but also in private - including when he left the government in 1965 to pursue "revolution", first in Congo-Kinshasa and then in Bolivia.

"I carry to new battlefronts the faith that you taught me, the revolutionary spirit of my people, the feeling of fulfilling the most sacred of duties: to fight against imperialism wherever it may be," Guevara wrote to Castro in a farewell letter. "This is a source of strength, and more than heals the deepest of wounds."

After Fidel became Prime Minister, he appointed Guevara in charge of land reforms and the economy.

But Guevara was also a trusted aide and an emissary - the capacity in which he travelled to India.

Besides Nehru, Guevara met defence minister V.K. Krishna Menon, visited the commerce ministry and the Planning Commission, and met the chiefs of the army, navy and the air force.

Nehru, Guevara later wrote in his diaries, displayed the "affection of a patriarchal grandfather".

Guevara also took at least four photos of his visit to Calcutta - many of them featuring cows lazing on the sidewalk.

It was also a visit that showed Indian officials just how crucial cigars were to the Cuban revolutionaries. During that visit, Thanvi's research shows, Guevara and his team ran out of cigars - they had been travelling for two months.

"Guevara's diaries show that at that point, they had to ration cigars," Thanvi said. "They had to wait till a fresh lot arrived in India from Cuba."