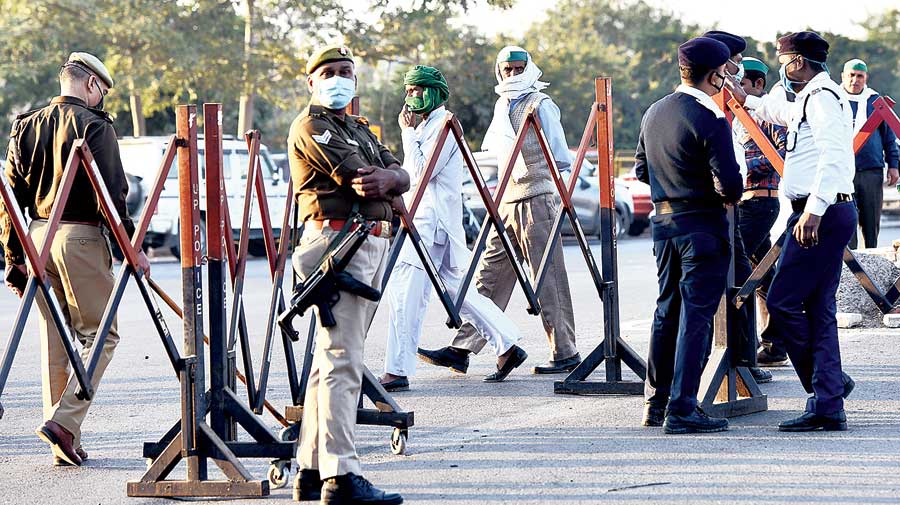 He said the first hotspot will be installed within a day or two and more such facilities will be set up depending on the demand.
PTI file picture
Our Bureau, Agencies   |   New Delhi   |   Published 29.12.20, 06:46 PM

AAP leader Raghav Chadha on Tuesday said free WiFi hotspots will be set up at Singhu border for the farmers who have been camping there for over a month protesting the three Central farm laws.

Addressing a press conference, he said the decision has been taken by "farmers' 'sevadar Arvind Kejriwal".

"We want the farmers to stay in touch with their family. We have identified a few spots to install the WiFi hotspots. This is an initiative of (Chief Minister) Arvind Kejriwal and the party," Chadha said.

He said the first hotspot will be installed within a day or two and more such facilities will be set up depending on the demand.

"Each WiFi hotspot will cover a radius of 100 metre. The initiative has been taken after the farmers complained of limited availability of Internet in the area," the AAP leader said.

"We are starting with the Singhu border. But as and when demand arises we will expand it to other border points too (where farmers are protesting) and install more such hotspots," Chadha added.

Farmers from various parts of the country have been camping at different border points of Delhi for over a month now to demand repeal of the three agri laws which were voted through in Parliament in September amid strong protests by opposition parties.

Kejriwal and his Aam Aadmi Party have come out strongly in support of protesting farmers. Earlier this month, he had visited Singhu border sites, and reviewed arrangements made for farmers by the AAP-led city government.