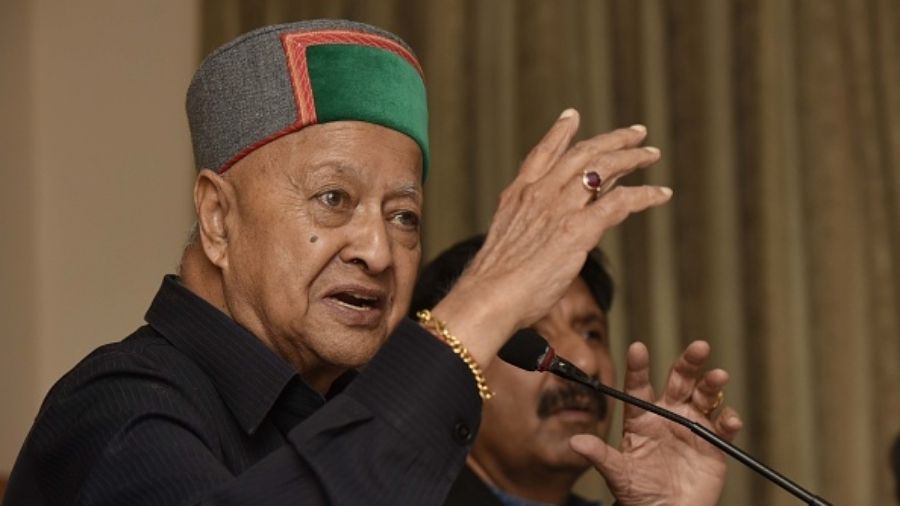 Former Himachal Pradesh chief minister and senior Congress leader Virbhadra Singh died in Shimla in the wee hours of Thursday after a prolonged illness. He was 87.

He suffered from heart attack on Monday and was critical. He was in the critical care unit of IGMC.

Virbhadra was put on ventilator under the supervision of the doctors of the cardiology department on Wednesday after he had breathing problem, he added.

Virbhadra was tested positive for COVID-19 on June 11 for the second time in two months.

He had earlier tested positive for the disease on April 12.

Earlier, he was admitted to a hospital in Chandigarh after he tested positive for coronavirus on April 12.

Singh had returned home in Holly Lodge here on April 30 from the Chandigarh hospital after getting cured of the first infection.

However, he was admitted to IGMC within hours after reaching home, as he complained of cardiac and breathing problems. He was under treatment in the hospital ever since then.

They had celebrated Singh's 87th birthday at their residence at Holly Lodge in a simple manner by cutting a cake in the presence of their supporters on June 23. At that time, Virbhadra was convalescing at the IGMC.

Singh also remained the leader of Opposition from March 1998 to March 2003.

He was re-elected to the 13th Vidhan Sabha in December 2017 from Arki Assembly Constituency in Solan district.

Son of Late Raja Sir Padam Singh of Bushahr state, he was born on June 23, 1934 at Sarahan.