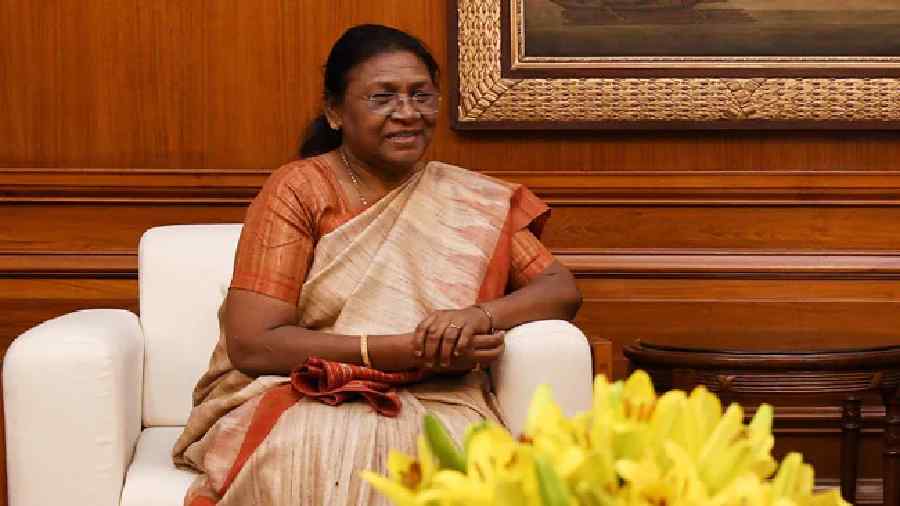 The decision was taken by the party a day after BJP president J P Nadda reached out to SAD president Sukhbir Singh Badal to seek support for Murmu. The SAD had snapped ties with the BJP over the now-withdrawn farm laws.

Addressing the media here, Badal said, "We have unanimously decided to support Droupadi Murmu for the post of the President."

Citing issues of farm laws and the release of Sikh prisoners, Badal said his party has "many differences with the BJP" but the SAD always worked for the poor and weaker section of society.

"This issue is of a woman who belongs to a poor family and she is getting an opportunity to become the President," he said.

"Keeping our political differences aside, we have decided to choose the right path. The SAD's history says that it always fought for the poor, minorities and the weaker section. After considering for almost three hours, we (in the core committee meeting) unanimously decided that we will support Murmuji," said Badal.

The SAD chief said Nadda had called him on Thursday to seek support for Murmu. He said Murmu, a tribal leader from Odisha, also called him for his party's support.

The SAD had parted ways with the NDA in 2020 over the issue of three farm laws, which were later repealed. Harsimrat Kaur Badal had also resigned from the post of a Union minister over the same issue.

SAD president Badal is an MP from Ferozepur while his wife Harsimrat represents Bathinda parliamentary seat. The SAD has three members in the state Assembly.

Calcutta: Meanwhile, West Bengal Chief Minister Mamata Banerjee on Friday said Opposition parties might have considered backing NDA's presidential candidate Droupadi Murmu, a tribal leader of the saffron party from Odisha, had the BJP held a discussion with them before fielding her.

Maintaining that Murmu had better chances to win the July 18 presidential election, with NDA's numbers having got boosted after the change of guard in Maharashtra, Banerjee stressed that "a consensus candidate is always better for the country".

"BJP's presidential candidate Droupadi Murmu has better chances (to win presidential polls) because of Maharashtra development. If the BJP had asked for our suggestion before announcing the name of Murmu, we could have considered it, too, bearing greater interests in mind," Mamata told reporters on the sidelines of a Rath Yatra programme here.

The TMC supremo said that she "will go by what the opposition parties decide".

Non-BJP parties, including the Congress as well as the TMC, have named former Union minister Yashwant Sinha as the joint nominee for the presidential polls.