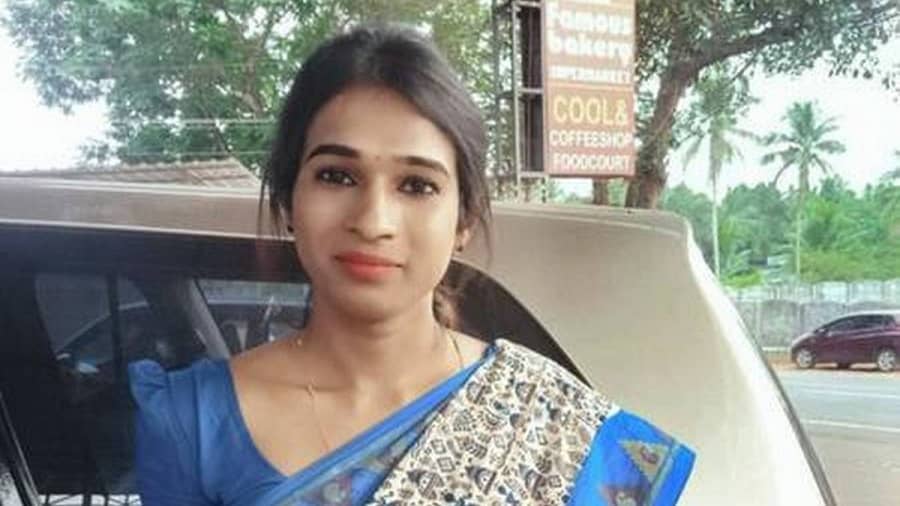 Noted trans activist Anannyah Kumari Alex, Kerala's first radio jockey from the third gender community, was found dead at her apartment in Ernnakulam district, following which the government ordered an immediate inquiry into the incident.

The 28-year old trans-woman was found hanging from the fan in the bedroom of the apartment near Edappally on Tuesday night and a case of suicide was suspected, police said.

Health Minister Veena George asked the medical director to carry out a probe into the incident as the organisation of the third gender community alleged that the deceased trans-woman was suffering from severe pain for some time following a sex reassignment surgery.

Meanwhile, the health minister's office here also said an expert panel would be set up soon to study the issues related to the gender reassignment surgery.

Also a celebrity makeup artist, a TV news reader and an established stage show anchor, Anannyah recently grabbed media attention as the first transgender candidate in the assembly elections in the state when she became the candidate of theDemocratic Social Justice Party in Vengara in the April 6 polls.

Her fellow transgenders alleged that Anannyah was suffering from severe physical pain for some time after undergoing a sex reassignment surgery at a private hospital here last year and complained of medical negligence against the doctor who conducted the procedure.

A trans-woman also said Anannyah was suffering from severe pain after the surgery and she had told the friends that she could not even stand for long or do any work due to the physical discomfort post the medical procedure.

"She was actually a victim of medical negligence and surgical error. We have to depend private hospitals and subject to their exploitation as there is no facility for the sex reassignment surgery in the government sector," the transgender person added.

Police said an investigation was on into the incident.

Hailing from an ordinary family in Perumon in Kollam district, Ananyah, a plus-two drop out, had to leave home and family as they could not understand her worries over the gender.