Verma told the CVC he was benched to scuttle the CBI probe against Asthana, seen as close to Modi 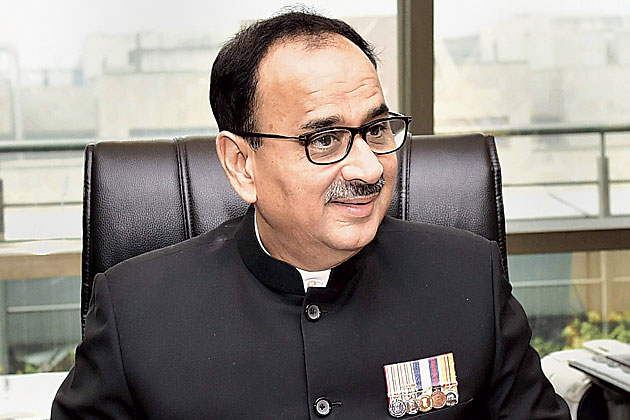 They said Verma made these allegations when he deposed last week before the anti-corruption watchdog, which is probing special director Asthana’s corruption charges against him under apex court supervision.

Verma and Asthana were both benched last month after accusing each other of taking bribes from the same businessman to provide him relief in a particular case. Verma told the CVC he was benched to scuttle the CBI probe against Asthana, seen as close to Prime Minister Narendra Modi.

“In his deposition, Verma said some PMO officials had hindered the CBI from functioning independently and influenced several probes, including one against RJD chief Lalu Prasad. They gave directions to Asthana how to go about those cases,” a CVC official said.

“Verma blamed the PMO and the government for the current mess in the CBI. He alleged the government had divested him of his powers in a midnight purge only to save Asthana as he had been named accused No. 1 in a bribery case.”

PMO spokesperson Atul Tiwari did not take calls to his mobile or respond to the text messages and emails sent by this newspaper seeking his reaction.

The CVC had on Friday submitted its inquiry report on Verma to the Supreme Court saying some of the charges against him needed further investigation. The top court asked Verma to file his response to the report by Monday.

Asthana had in August accused Verma of interfering in several investigations that the special director was supervising, including the one against Lalu Prasad and his family.

Lalu Prasad is accused of transferring two railway-run hotels to a private company violating tender norms in 2006, when he was railway minister.

Both Verma and Asthana have denied each other’s charges.

During his deposition, Verma also criticised the CVC for failing to act against Asthana despite his complaints and helping elevate the officer to the post of special director last year, the sources said.

In October last year, Verma had issued a secret note to the CVC, which supervises the CBI, mentioning half-a-dozen corruption cases against Asthana and saying he should not be promoted to special director. But the government and the corruption watchdog overruled Verma.

In July this year, Verma had again complained to the CVC accusing Asthana of trying to induct into the CBI officers who were “suspects/accused in criminal cases”. He had also accused Asthana of representing the agency in his absence, which he said the deputy wasn’t authorised to do.

His letter said Asthana should not be “consulted for inducting officers into CBI” in Verma’s absence as the special director was being probed in graft cases,

During his deposition last week, Verma accused the CVC of bias citing its failure to act on his complaints, the sources said.

But a CVC official dismissed Verma’s allegation, saying that after sending the secret note in October last year, he had despite several reminders failed to send any report on the action taken against Asthana or furnish any evidence corroborating the charges.

Verma told the CVC that the bribery charges against him were an afterthought on the part of Asthana following his complaints to the CVC.

Verma and Asthana had been locked in a turf war for a year before it burst into the public domain on October 15 this year, when the agency registered a bribery FIR against Asthana and arrested a deputy superintendent close to him.