Jammu and Kashmir is now up for sale and the poorer small land holding owners will suffer: Omar Abdullah 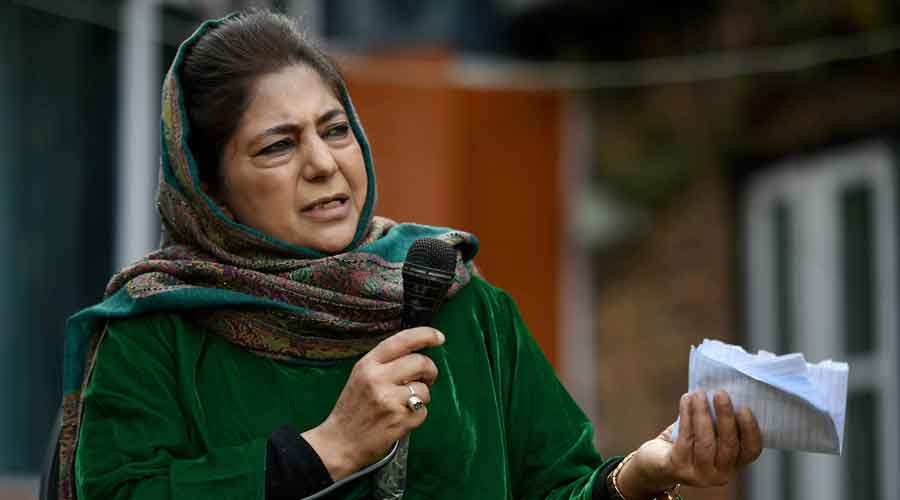 A central notification has allowed Indian citizens living outside Jammu and Kashmir to buy non-agricultural land in the Union Territory.

The notification puts in place the biggest change facilitated by the abrogation of the special status last year, igniting fears of an eventual demographic shift in the Muslim-majority tip of India and triggering outrage in the Valley and in Jammu as well as across faiths.

Until now, only permanent residents were allowed to buy immovable property in Jammu and Kashmir.

The Centre’s notification has omitted the phrase “permanent resident of the state” from Section 17 of the Jammu and Kashmir Development Act that deals with sale of land in the fledgling Union Territory.

Article 370 and 35A had barred outsiders from owning land. But the special status granted through these laws was scrapped last year.

Jammu and Kashmir lieutenant governor Manoj Sinha tried to play down the fears and said agricultural land was reserved for farmers.

“On the areas identified as ‘industrial areas’, we want good industries to come up here, like in the rest of the country, so that there is progress, development and employment,” Sinha said.

But the wording of the notification suggests even farmland can be transferred with the government’s approval.

“No sale, gift, exchange, or mortgage of any land will be valid in favour of a person who is not an agriculturist, unless the government or an officer authorised by it in this behalf may grant permission for the same,” the notification says.

The rules allow the government, on the request of an army officer not below the rank of corps commander, to declare an area as “strategic area within a local area” for direct operational and training requirements of armed forces.

“The government may satisfy itself about the reasons cited for declaring the area as a strategic area and will have such area notified accordingly with such conditions as may be required,” the rules state.

The seven-party alliance formed to fight for the restoration of the special status called the decisions a “betrayal” and a “massive assault on the rights of people of Jammu and Kashmir” and vowed to fight on all fronts.

“The repeal of the Big Estates Abolition Act — the first-ever agrarian reform in the subcontinent, is an insult to the sacrifices of thousands of freedom fighters and farmers who fought against an autocratic and oppressive rule and a crude attempt to rewrite history. The order made in exercise of powers under Reorganisation Act, 2019, it is stated, is yet another brazen violation of the principle of constitutional propriety that is of fundamental importance to a constitutional democracy,” spokesperson Sajad Lone said.

“The unconstitutional measure is clearly designed as an attempt to pre-empt the outcome of the challenge before the Supreme Court (which is hearing petitions challenging the abrogation of special status under Article 370).”

The assault on exclusive property rights apart, changes in urban development laws and creation of security zones is bound to prejudicially affect the environment and ecosystem in environmentally fragile regions of Jammu, Kashmir and Ladakh in utter disregard of grave environmental concerns.”

Kashmiri Pandit leader Satish Mahaldar called it a betrayal. “I, as a Kashmiri and a Kashmiri Pandit, feel betrayed. I and my community today fear that our land has been snatched. We are in great shock after reading the gazette notifications issued by the Union home ministry. We condemn such act,” he said.

Former chief minister Omar Abdullah said: “Even the tokenism of domicile has been done away with when purchasing non-agricultural land, and transfer of agricultural land has been made easier. J&K is now up for sale and the poorer small land holding owners will suffer.”

The Centre had introduced domicile laws earlier this year, allowing jobs to certain sections of outsiders.

Former chief minister Mehbooba Mufti said “such brazen measures reinforce the need of people of all three provinces of J&K to fight united.”