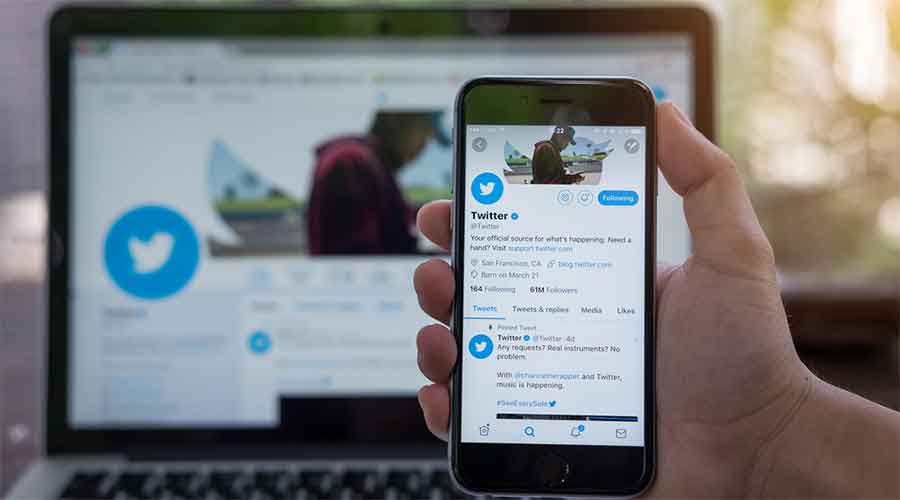 In the notice, the ministry said that Section 69A(3) of the IT Act specified the punishment for those failing to comply with directions issued under Section 69A.
Shutterstock
Anita Joshua   |   New Delhi   |   Published 04.02.21, 01:27 AM

The Narendra Modi government has threatened Twitter with penal action for unilaterally unblocking the accounts of those who had tweeted with the hashtag “ModiPlanningFarmersGenocide” within a few hours of
acting against them on Monday.

In the notice, the ministry said that Section 69A(3) of the IT Act specified the punishment for those failing to comply with directions issued under Section 69A.

Twitter has again been asked to block the handles and the hashtag immediately but the micro-blogging site had not complied till late Wednesday night, over a day after the notice had been sent.

According to the notice, Twitter had first been told to block these handles and hashtag around 3pm on Sunday but the compliance came only the following afternoon.

This was minutes before Twitter’s lawyer appeared before the inter-ministerial committee provided in the rules for examining such requests for blocking — in this instance, the home ministry.

The notice cites Twitter’s reply, in which it is said to have declined to abide by the order, citing freedom of speech. Twitter had apparently said that “stock phrases and exaggerations/ crude emotional appeals do not constitute inflammatory speech in light of the judgments of the Supreme Court”.

Twitter appears to have described the government’s directive as disproportionate and impractical.

Responding to this, the notice said: “The impracticability or disproportionality of the said measure cannot be decided at the instance of Twitter which is an intermediary bound by the orders of the central government”.

Under Section 2(1)(w) of the IT Act, Twitter is an “intermediary” and provides a platform for people’s opinions to be communicated across the world while being open for all to see.

The government’s premise is that Section 69A of the IT Act empowers it, in instances where it considers it necessary or expedient, to direct an intermediary to block handles/ content to “prevent incitement to the commission of any cognisable offence relating to public order”.

Efforts to contact Twitter, which had drawn flak online for complying with the directive on Monday, for a response were futile.