A song and a chant 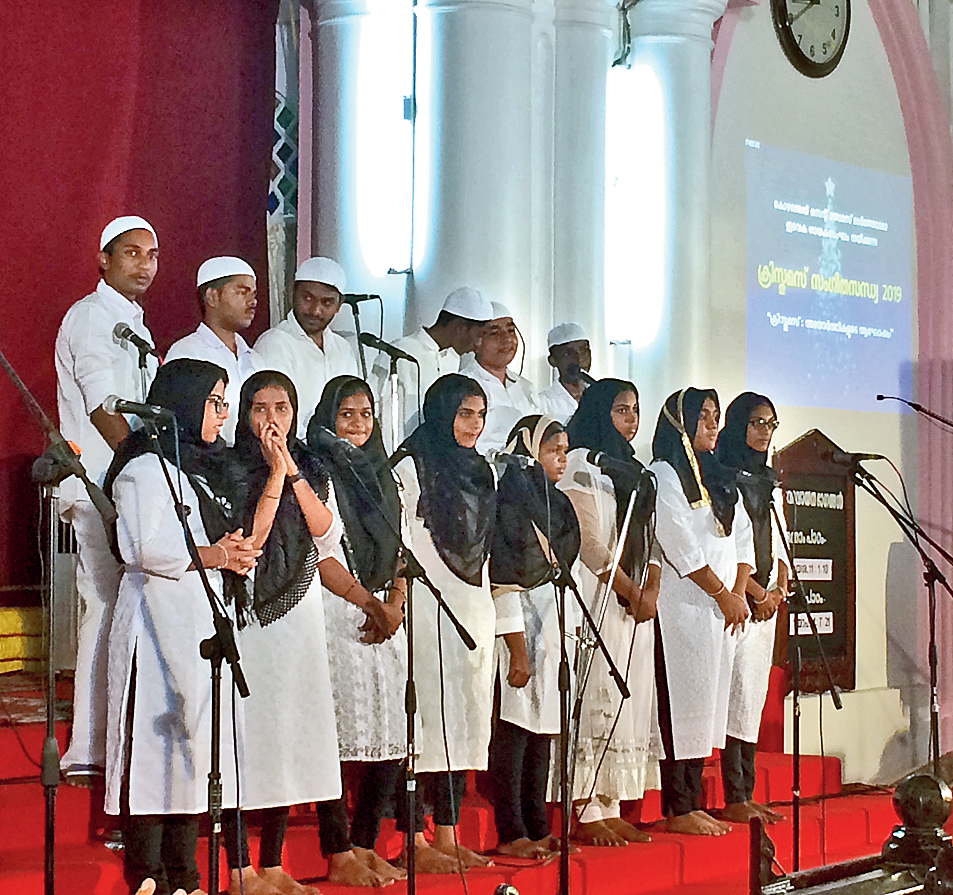 When the Kennedyesque challenge is reimagined as “ask what you did for your country in the winter of 2019”, many Indians will have many accounts to narrate.

This Monday, two such stories unfolded in two parts of Kerala, showing the faithful and football fans closing ranks with Muslims.

The youth choir at a church that falls in the “Bible Belt” of the southern state turned up in hijabs and skullcaps to sing. In the Yuletide season, the choir made it a point to pick a song from a genre that celebrates both Arabian and Indian cultures.

Over 250km away in Malappuram in the heart of the Malabar region in north Kerala, the spectators rose in one voice at a football match to demand “azadi (freedom)” from the Citizenship (Amendment) Act and the National Register of Citizens. Footage showed some people clapping to keep up the tempo.

The flood-lit ground reverberated with chants during half-time.

During the break, they chanted “azadi” in unison demanding the government withdraw the Citizenship (Amendment) Act and scrap plans for a countrywide rollout of the National Register of Citizens.

Tournament secretary Khalid Othukkungal said: “They used a microphone which all football stadiums have to make announcements and started the sloganeering. Then everyone joined in. The whole thing was against the CAA and the NRC and the fans picked up the sloganeering style so popular these days.”

Khalid said the organisers had nothing to do with the protest. “People protest in different ways. But this one became instantly popular on social media.” 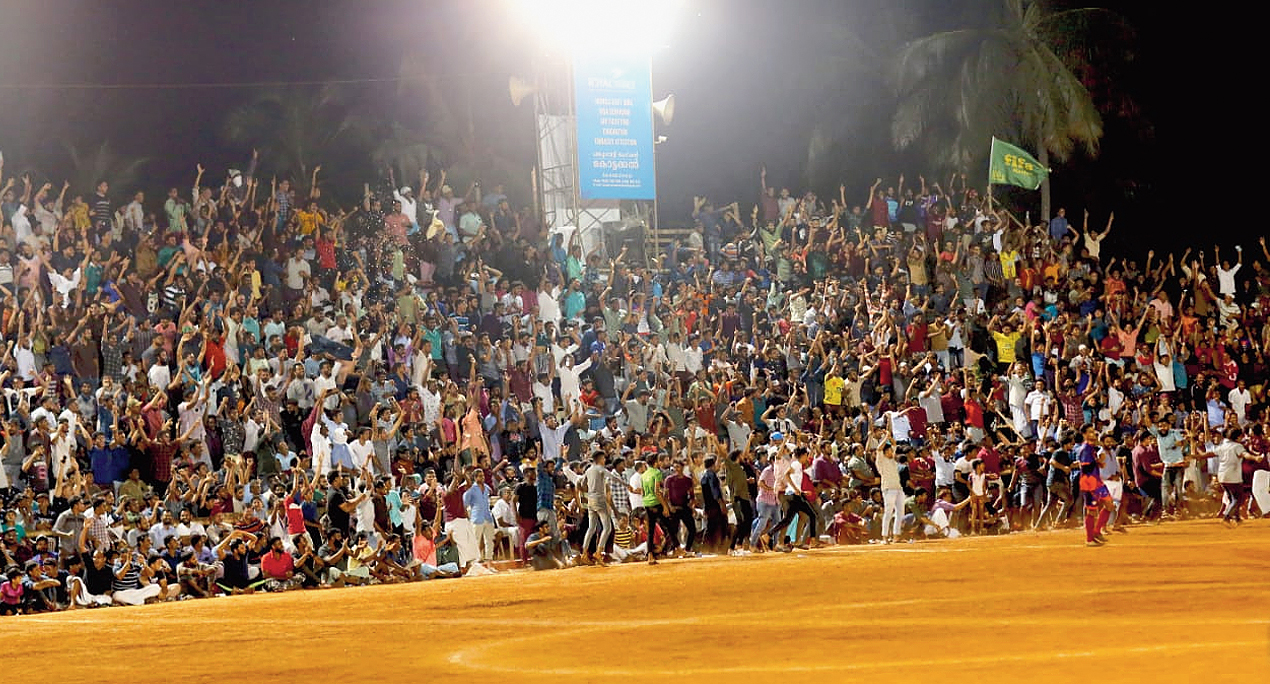 Spectators at the seven-a-side football game in Malappuram, Kerala, where they chanted azadi slogans on Monday
(Picture sourced by correspondent)

Malappuram, the hub of seven-a-side football in northern Kerala, where the game is hugely popular, is home to 25 tournaments every year. The rest of the north, such as Kozhikode, Kannur, Kasaragod and Wayanad, organise more than 25 tournaments that fans lap up because of the speed and deft movements required for a sevens’ game on a ground smaller than a football field.

Seven-a-side football is so popular in the state that team owners get foreign players, mainly from African countries.

The ground in Othukkungal that witnessed the “azadi” protest is where Sudani from Nigeria, an award-winning feature film, was shot. The entire crew of the film had recently boycotted the National Film Awards ceremony held in Delhi on December 23 as a mark of protest against the citizenship law and the NRC.

For the record, on Monday, Fifa Manjeri won the game 5-4 in a tiebreaker.

On the same day, when the stadium was erupting in sloganeering, no less a dramatic solidarity message was at play at St Thomas Mar Thoma Church in Kozhenchery in Pathanamthitta district in south Kerala. Kozhenchery, where the church is located, is near Maramon, which hosts one of the largest Christian conventions in Asia every year on a vast riverbed.

Female singers of the youth choir wore the hijab while the men sported skullcaps. They sang a song tuned to the traditional Mappilappattu (which literally means “Muslim song”), written in the local dialect with Arabic words and hugely popular in the northern districts.

“The song was tuned to Mappilappattu and the singers wore skullcaps and hijab to express solidarity in these times,” vicar Rev. Varughese Philip told The Telegraph. He lauded the youth choir group for coming up with the idea.

Referring to the Mappilappattu, choirmaster Eapen Mathew said: “That was our way of expressing solidarity with our Muslim brothers and sisters.”

The 15 singers, he added, enthralled the audience with the unusual event at any church.

“Even the regular choir songs we presented on Monday addressed the issue over the CAA and the NRC since that was our theme.”

Every year the church picks a socially relevant theme for its Christmas choir. “Last year it was about the floods that ravaged our state. This year we chose to take up the controversy over the CAA and the NRC since it affects so many people,” Mathew said.