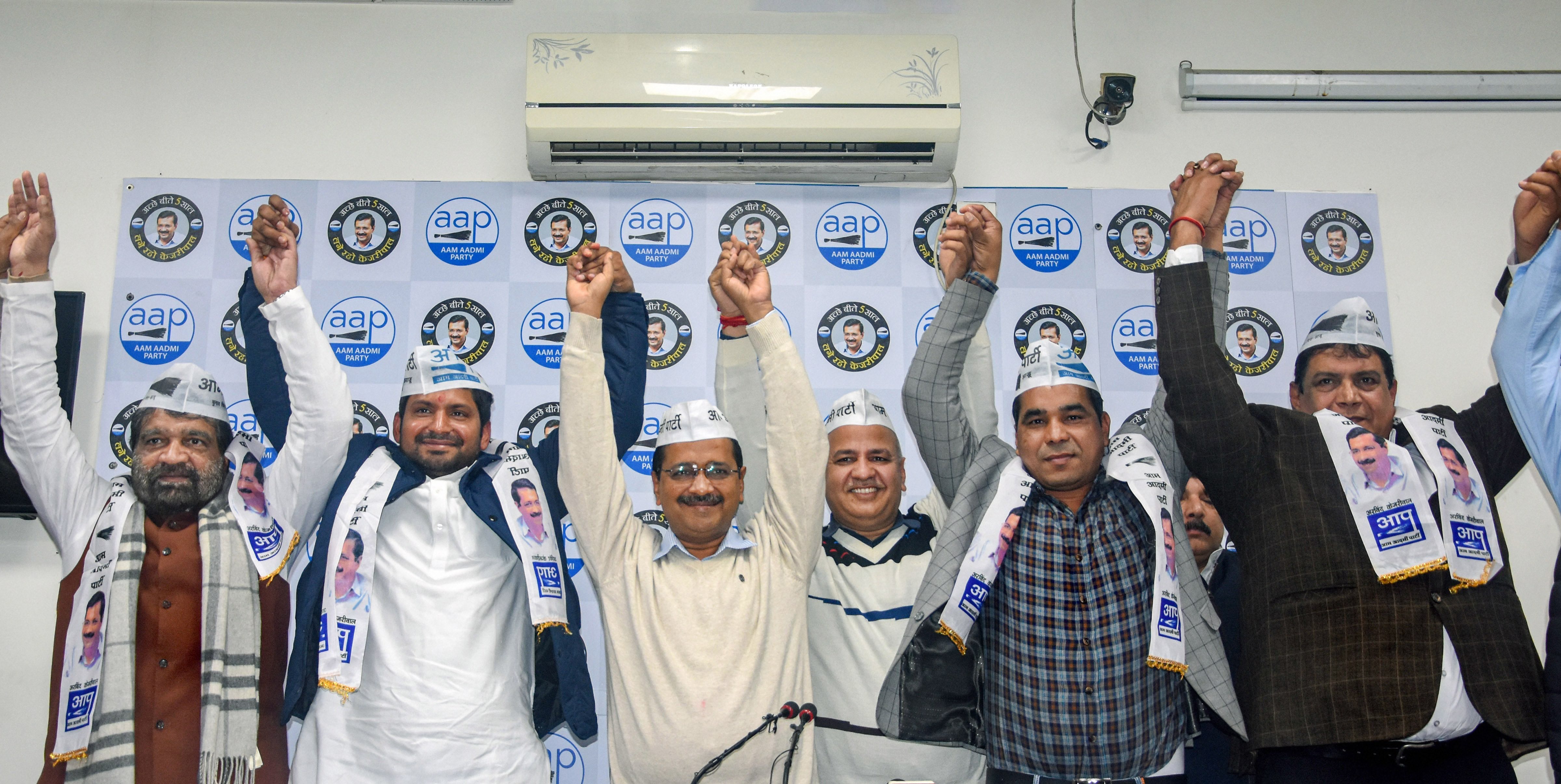 Ahead of the Delhi Assembly election, Congress leader and former MLA Ram Singh Netaji along with three others on Monday joined the Aam Aadmi Party (AAP)  in the presence of party's national convenor and chief minister Arvind Kejriwal.

Councillor and social worker Jai Bhagwan Upkar from the Rohini ward of Bawana Assembly and Naveen Dipu Chaudhary, a social activist working in the Gandhinagar area who has been associated with the Congress for a long time, too joined the AAP.

Netaji said he was impressed by the work done by the AAP government and 'that is the reason I decided to leave Congress'.

He won from the Badarpur Assembly constituency twice -- once as a BSP candidate and second time as an Independent.

Kejriwal said influenced by the policies of the party and the work of the AAP-led Delhi government, they are 'joining our family'.

'They are warmly welcomed in the Aam Aadmi Party,' he said.

Election to the 70-member Delhi Assembly will be held on February 8.