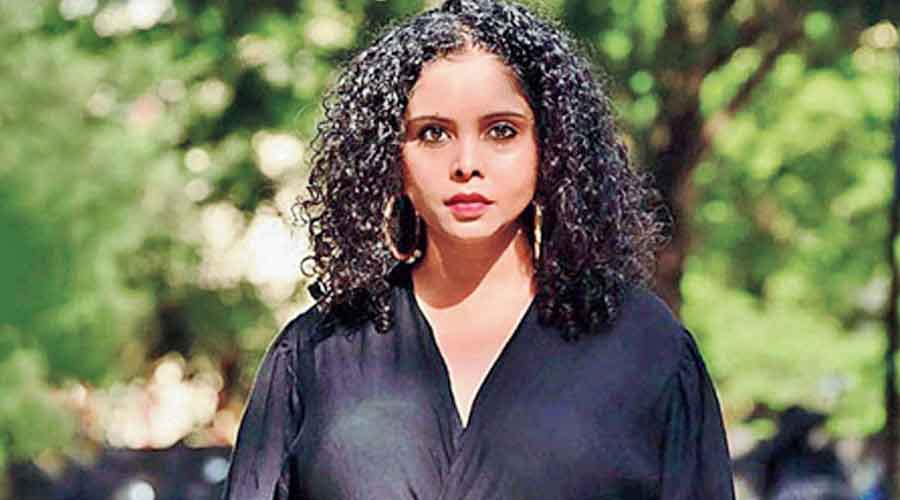 The Supreme Court on Wednesday asked a special court in Ghaziabad, which has summoned journalist Rana Ayyub in a money laundering case lodged by the Enforcement Directorate (ED), to adjourn the proceedings scheduled for January 27 to a date after January 31.

The apex court said it will hear on January 31 the petition of Ayyub challenging the summons issued to her by the special court.

A bench of Justices Krishna Murari and V Ramasubramanian was informed by advocate Vrinda Grover, appearing for Ayyub, that the petitioner has been summoned by the Ghaziabad court on January 27.

"List on January 31. In the meantime, the Ghaziabad special court is requested to adjourn the proceedings...fixed for January 27 to a date after January 31," the bench said.

The top court said this order is being passed because the hearing could not be concluded before it on Wednesday due to paucity of time and it is not a reflection on the merits of the matter.

At the outset, the bench asked why the petition has been filed directly in the apex court.

Grover said Ayyub can't be subjected to the jurisdiction of Uttar Pradesh in the matter which pertains to an alleged offence that was committed in Mumbai.

"Can't this question be decided by the jurisdictional high court?" the bench asked.

Grover raised the jurisdictional issue and said the complaint in the matter cannot be filed in a court in Uttar Pradesh as no part of the alleged offence has taken place in this state.

"Is the high court powerless to hold that?" the bench asked, adding, "Why cannot the high court look into this question, take a call and decide it. Tell us this." "My (Ayyub) liberty is at stake," she said, adding that investigation was done by the Delhi zonal office.

"All I am seeking then, if my lordships think that this should not be heard here, to give me at least four weeks protection. It will take that much time for my matter even to be heard before the Allahabad High Court," Grover said.

Solicitor General Tushar Mehta, appearing for the ED, urged the court not to accede to the request and said the complaint has not been placed on record by Ayyub.

"This is the most serious case. There is crowd funding. It is a new device," Mehta argued.

The bench observed it will post the matter for hearing next week and, instead of passing any interim order, it will request the court concerned to postpone the proceedings on January 27.

In her writ petition, Ayyub has sought quashing of the proceedings initiated by the ED in Ghaziabad citing lack of jurisdiction as the alleged offence of money laundering occurred in Mumbai.

On November 29 last year, the special PMLA court in Ghaziabad had taken cognisance of the prosecution complaint (charge sheet) filed by the ED and summoned Ayyub.

The ED charge sheet was filed under section 45 read with section 44 of the Prevention of Money Laundering Act, 2002.

"I have perused the above mentioned prosecution complaint and have also gone through the prosecution papers as well as documents including statements.

"From the perusal of the entire record there is sufficient evidence as to a prima facie case for taking cognisance against Ms Rana Ayyub with regard to commission of offence," the special court judge had said.

The special court had said Ayyub's alleged crime involves taking money illegally from the general public in the name of charity via Ketto -- an online crowdfunding platform -- in three campaigns without any approval, raising a huge sum in the bank account of her sister and father, and transferring it into her own bank account which was not used for the intended purpose.

On October 12 last year, the ED had filed a charge sheet against Ayyub, accusing her of cheating the public and using Rs 2.69 crore she got in charity for creating personal assets, and also violating the foreign contribution law.

"Rana Ayyub launched three fundraiser charity campaigns on the 'Ketto platform' starting from April 2020 and collected funds totalling Rs 2,69,44,680," the ED had said in a statement.

The campaigns, it had claimed, were meant to raise funds for slum dwellers and farmers, relief work for Assam, Bihar and Maharashtra, and help Ayyub and her team help those impacted by COVID-19 in India.

"Ayyub utilised these funds to create a fixed deposit of Rs 50 lakh for herself and also transferred Rs 50 lakh to a new bank account. Investigations found that only about Rs 29 lakh was used for relief work," the ED had claimed.

"In order to claim more expenses towards relief work, fake bills were submitted by Ayyub and subsequently, bank balances in the accounts of Ayyub amounting to Rs 1,77,27,704 (including FD of Rs 50 Lakh) were attached under the PMLA vide a provisional attachment order dated February 4, 2022," it had said.

The ED had initiated money laundering investigation on the basis of an FIR registered on September 7, 2021 by the Indirapuram Police Station of Ghaziabad in Uttar Pradesh under various sections of the IPC, Information Technology Amendment Act 2008, and Black Money Act against Ayyub.

It also alleged that Ayyub received foreign contributions without registration under FCRA.