A cottage and house in Somerset in UK, a tennis club located in Barcelona, Spain and properties in Tamil Nadu and Delhi have been attached by the ED 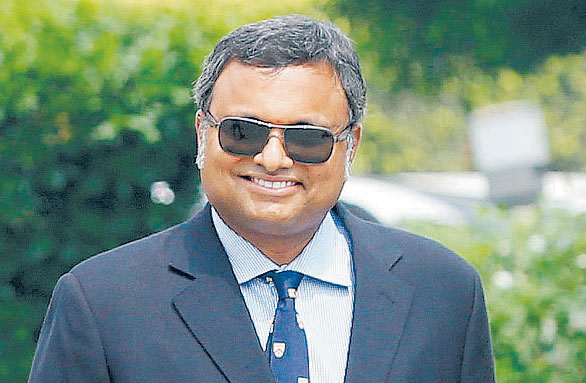 The Enforcement Directorate on Thursday said it has attached assets worth Rs 54 crore of Karti Chidambaram, son of former Finance Minister P. Chidambaram, in India, UK and Spain in connection with the INX Media money laundering case.

The central probe agency issued a provisional order under the Prevention of Money Laundering Act (PMLA) for attachment of Indian assets in Kodaikanal and Ooty in Tamil Nadu and a flat in Delhi's Jorbagh.

A cottage and house in Somerset in UK and a tennis club located in Barcelona, Spain have also been attached as part of the same order, the agency said.

Fixed Deposits worth Rs 90 lakh, kept in a bank in Chennai, in the name of Advantage Strategic Consulting Private Limited (ASCPL) have also been attached, it said.

The assets are in the name of Karti and ASCPL, the firm allegedly linked to him, it said.

”The attached assets collectively amount to Rs 54 crore,” it said.

The ED had registered a PMLA case in this deal case on the basis of a Central Bureau of Investigation FIR and had alleged that irregularities took place in the FIPB clearance to INX Media for receiving overseas funds to the tune of Rs 305 crore in 2007 when his father P. Chidambaram was the Union finance minister.

The ED had grilled Karti in this case in the past.