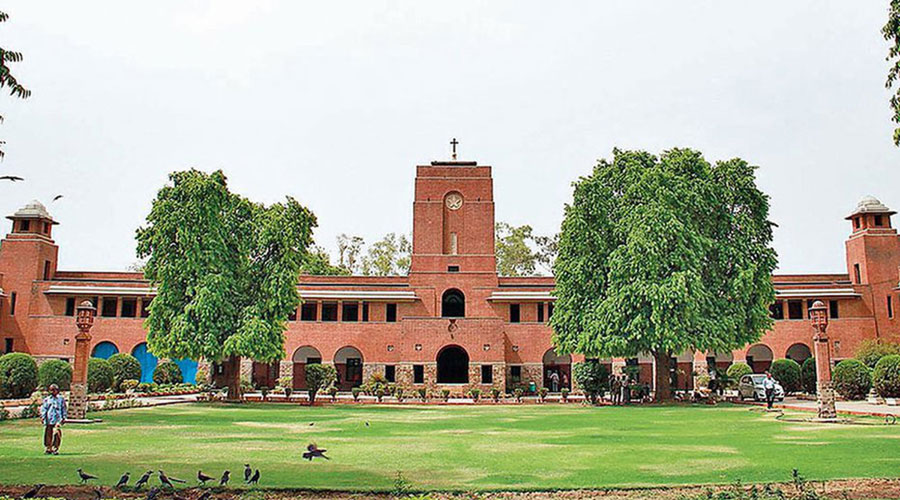 With Delhi University slated to resume offline teaching from Thursday, a section of outstation students especially those in the final year have demanded that classes be held in hybrid format.

DU colleges are set to reopen and resume offline classes from February 17. Some colleges will be holding classes for the first-year students in hybrid format, while second and third year students will have to attend classes in person.

Outstation final-year under-graduate and post-graduate students of the Delhi University have started a petition stating they should not be called back for just two months.

Addressed to the vice-chancellor, registrar, proctor and the dean of students welfare, the petition has been started on change.org, and over 40,000 people have already signed it.

"Several outstation students are worried about travelling to Delhi. But our voices are drowning amid all the excitement. There are several graduate and post-graduate students like me who are in the final year of their studies at DU," said the petition started by Kalyani AP.

"Outstation students who are in their final year should have the option to continue... virtually," it said, and added that the mandatory isolation of three days meant outstation students would have just three-four days to plan the travel and reach Delhi.

Tanya Pandey (25), a final-year Campus Law Centre student and one of the signatories of the petition, said, "I believe students should not be called back for just two months. Since the examinations are approaching and we are almost at the end of the semester and mid-semester breaks are also round the corner, there is no point in making new arrangements for accommodation and travelling to Delhi just for a couple of months."

Harshita, a first-year student of B.Sc from Uttarakhand, said online classes are a better option amid COVID-19 as health comes before everything.

"Though the last two years of the pandemic have been very tough for everyone around the world, it has indeed taught us about the importance of health and lives before all. So the online classes are far better an option to learn as health comes before everything, and it also saves our time of travelling which can be utilised to groom ourselves better," she said.

College principals, however, said there are no plans to hold online classes for the final-year students. The examinations will be held in offline mode as well.

Miranda House has said that it will be holding classes for the first-year students in hybrid format, while second and third year students will have to attend in person.

"We will have a blended/hybrid mode of education and students will be provided academic support to ease stress," Miranda House principal Bijayalaxmi Nanda told PTI.

She said second and third-year students will study in offline mode but they will also be provided with academic support through online materials.

Similarly, Rajdhani College will be holding only online classes for first-year students.

Aryabhatta College principal Manoj Sinha said there will not be any pressure on students to attend classes, and that they are trying to ensure that students can be provided recorded lectures online.

"We are thinking of solutions like providing lectures online, besides trying to provide technical support to students," he said.

Even Hansraj College has plans to offer hybrid mode of studies to first-year students.

Delhi University colleges were closed in March 2020 in the wake of the COVID-19 pandemic.

The university had given a go-ahead to the resumption of practical sessions in February last year, but after the emergence of the second wave, classes were suspended in March.

In September, the university allowed final-year under-graduate and post-graduate students to return to the campus but attendance was thin.