Advertisement
Home / India / Don't want to say anything on CAA, it is up to India: Donald Trump

Don't want to say anything on CAA, it is up to India: Donald Trump

'I'm gonna be not at all controversial because...I don't want to blow the two days [...] on one little answer' 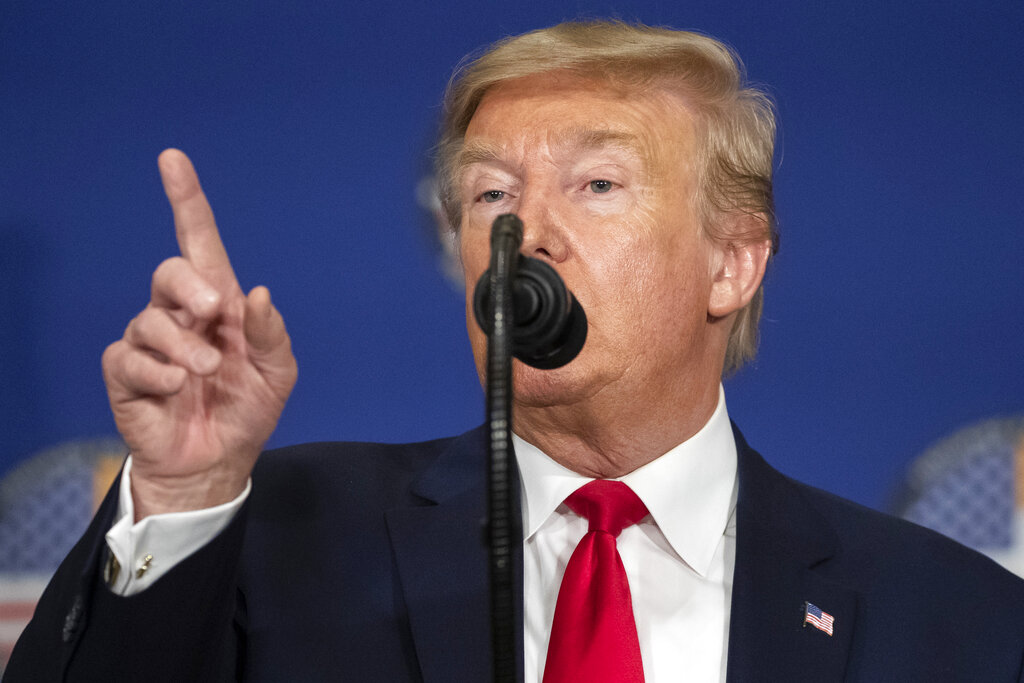 After talks with Prime Minister Narendra Modi, US President Donald Trump on Tuesday stressed that the Indian leader wants people to have religious freedom and also steered clear of the row over the contentious CAA. He said an over $ 3 billion defence deal was finalised for the supply of advanced American military equipment to India.

Trump also repeated his mediation offer to defuse tensions between India and Pakistan, noting Kashmir is a “big problem” and has been “thorn in lot of people's sides” for long time. He said there are two sides to every story, comments that came days ahead of the plans to sign a peace deal between the US and Taliban on February 29 for which Pakistan has been invited. “If anything I can do to mediate, I will do,” Trump said, adding Pakistan figured in his talks with Modi. “I have good equation with Pakistan PM Imran Khan. They are working to control cross-border terrorism,” Trump said after India flagged its concerns over terrorism emanating from across the border.

Trump went on to say that Modi is a very religious and calm man, but he is a very strong person. “He is very tough. He has got that foremost in his mind, terrorism and he will take care of it.” The President was effusive in his praise of Modi on multiple occasions, calling him a “terrific leader” and a “nice man who is doing a fantastic job”.

After the ceremonial reception on the second and final day of his whirlwind visit, Trump and his wife Melania paid homage to Mahatma Gandhi at Rajghat and planted a sapling at the memorial of the Father of the Nation. “The American people stand strongly with a sovereign and wonderful India -The vision of the great Mahatma – This is a tremendous honour!” Trump wrote in the visitors’ book at Rajghat. Trump also attended a banquet hosted by President Ram Nath Kovind at Rashtrapati Bhavan 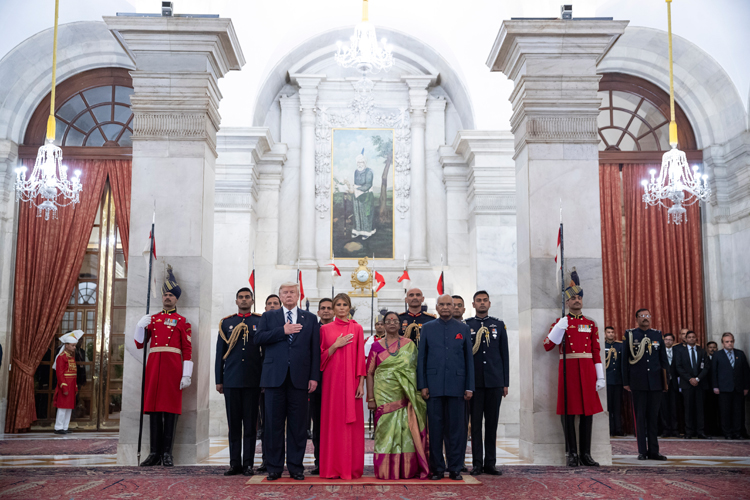 At the meeting between Modi and Trump at the stately Hyderabad, the two leaders said there has been “tremendous progress” in negotiations between India and the US for a “big and comprehensive” trade deal, which will be of great importance to both the countries. But Trump's press conference at the ITC Maurya hotel where he stayed overnight came as a surprise and generated a lot of excitement in the media fraternity amid speculation he may touch upon controversial issues like the Citizenship Amendment Act (CAA) against the backdrop of the violence in Delhi over the new law that has left 10 dead. “I'm gonna be not at all controversial...I don't want to blow the two days plus two days of travel on one answer, one little answer...So I will be very conservative in my answers if you don't mind,” Trump said at the start of the 45-minute packed news conference.

In reply to a question, Trump said issues involving the CAA are up to India and asserted that Prime Minister Modi wants people to have religious freedom. “We did talk about religious freedom. Prime Minister Modi wants people to have religious freedom in India...If you look back India has worked hard for religious freedom,” Trump said. On CAA, he said, “I don't want to say anything on CAA. It is up to India. I hope it will take the right decision for its people.” Asked if he discussed the incidents of violence taking place during his visit, he said he didn't discuss individual attacks and “that is up to India” He also talked about his country's peace deal with the Taliban with Modi, and said India will like to see it happen.

At a news conference, Foreign Secretary Harsh Vardhan Shringla said the new citizenship law did not come up during Modi-Trump talks, noting the two leaders talked about religious harmony in a “positive way”. “The issue of CAA did not come up, but with regard to what you mentioned, the term religious freedom, there was appreciation from both sides that pluralism and diversity are a common binding factor of both the countries,” he added. He said India and the US held talks in five major categories - security, defence, energy, technology and people-to-people contact, with Trump assuring India highest consideration for collaboration in defence sector. Trump said India and the US have expanded their defence cooperation with agreements for New Delhi to purchase more than $ 3 billion of advanced American military equipment, including Apache and MH-60 Romeo helicopters - the finest in the world.

After extensive talks with Modi during which strategic issues, including trade ties, counter-terror and energy cooperation were discussed, Trump at his joint press meet said they affirmed the two countries' commitment to protect their citizens from radical Islamic terrorism.“In this effort, the US is also working productively with Pakistan to confront terrorists who operate on its soil,” Trump said. The US president said “Earlier, today we expanded our defence cooperation with agreements for India to purchase more than $ 3 billion of advanced American military equipment, including Apache and MH-60 Romeo helicopters -- the finest in the world. These deals will enhance our joint defence capabilities as our militaries continue to train and operate side by side. Another major focus of my discussions with Prime Minister Modi was forging bilateral economic relationships that is fair and reciprocal.” Modi said as far as bilateral trade is concerned, there have been positive talks between the commerce ministers of the two countries. “President Trump and I have agreed that our teams will give a legal shape to the understanding that our commerce ministers have reached. We have also agreed to start negotiations for a big trade deal. We hope that it will yield good results in mutual interest,” the Prime Minister said. Describing the Indo-US relations as “one of the most important partnerships of the 21st century”, the prime minister said, “increasing defence and security cooperation between two countries is a very key aspect of the strategic partnership between India and the US. We also agreed on new mechanism to contain drug trafficking.” He also noted that he had met Trump five times in the last eight months.