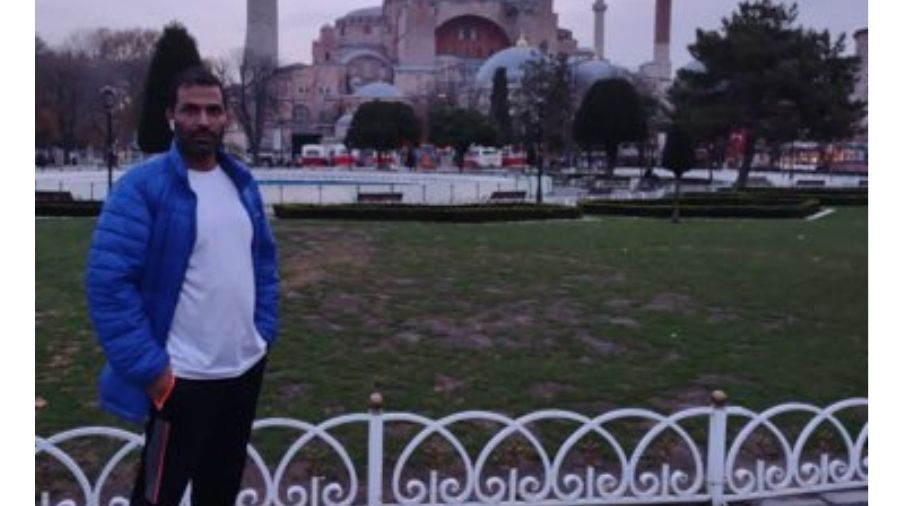 An anaesthesiologist Jammu and Kashmir police were keen on extraditing from Saudi Arabia moved to Pakistan on Sunday.

The police have been actively pursuing the deportation of Asif Maqbool Dar as part of a renewed government strategy to silence overseas Kashmiris who are actively espousing the azadi cause.

Dar took to Facebook on Sunday to announce his arrival at Islamabad International Airport. “Alhamdulillah (Thank God), finally,” he posted, seen as a rebuff to the agencies here looking for him.

It is not clear if the Kashmiri doctor has permanently moved to Pakistan. A police officer in Srinagar said Pakistan was the “safest haven” for the doctor and he was likely to continue his stay in that country.

On Thursday, the police had booked Dar in a militancy-related case after it arrested two militants who were allegedly involved in the murder of a property dealer.

“The arrested terrorists disclosed that they were operating in Srinagar City on the direction of one person, namely Asif Maqbool Dar of MIG Colony Bemina, at present Dammam, Saudi Arabia, and Sajjad Gul of HMT Parimpora, at present Pakistan,” the police said in a statement.

Dar had denied the allegations and said “no amount of intimidation” would silence his stand on the right to self-determination for Kashmir”.

“I believe in NON-VIOLENT measures of resistance & stick to it with my soul. I deny all forms of VIOLENCE, including what is being done in KASHMIR. FREEDOM it will be, INSHA Allah (God willing),” he had tweeted.

No amount of intimidation is going to silence me on my stance on RIGHT TO SELF DETERMINATION of KASHMIR.I believe in NON VIOLENT measures of resistance & stick to it with my soul. I deny all forms of VIOLENCE including what is being done in KASHMIR. FREEDOM it will be INSHA Allah

On Saturday, the police had registered a case under the anti-terrorism law, UAPA, against UK-based Muzzamil Ayyub Thakur, son of a top separatist, for promoting “enmity” between different groups and statements conducive to public mischief.

The crackdown on the pro-azadi Kashmiri civil society, particularly in the diaspora, has emerged as one of the top priorities of the Jammu and Kashmir administration after the special status was scrapped in 2019.

Security forces are making no bones about their intention to act against the civil society members, frequently referring to them as “white collar terrorists” or “overground workers” of the militants.

Many in Kashmir believe the drive is increasingly blurring the lines between civilians and militants.

On Saturday, Tahir Ashraf Bhatti, a senior police officer in the intelligence wing, tweeted that the extradition was the “next battle against terrorism”.

The 15 Corps chief, Lt Gen. D.P. Pandey, told an army seminar recently that “killing expendable terrorists is not the way towards durable peace and prosperity and the life which you want, free from fear”.

“Neutralising the effects of this curse on Kashmiri society in the form of overground workers is the only way forward. We need to take this water out to ensure peace returns,” he had said, unveiling a new front against several members of the civil society.

Lt Gen. Pandey had said several members of the Kashmiri diaspora were one of the two important players of the overground workers’ network who were allegedly “supported by an army of networks” and were “well paid through the ISI”.

The army officer called them distant “radicalisation groups” and claimed they were “adequately supported by well-read educated members, at times doctors, professionals, people in teaching jobs, educationists, businessmen, who in this side of the valley, in the Kashmir Valley, have got all privileges available to them in the world” and they “continue to poison the minds of youth”.

The police in the past two years achieved modest success in extraditing some Kashmiris from friendly Gulf countries. Early last year, Bijbehara resident Munib Sofi was arrested from the Indira Gandhi International Airport after his deportation from Qatar. The police said he was a wanted militant sympathiser.

In 2020, Tral resident Nisar Ahmad Tantray was arrested by the NIA after he was deported by the UAE for his alleged role in the 2017 fidayeen attack on a CRPF camp in south Kashmir.