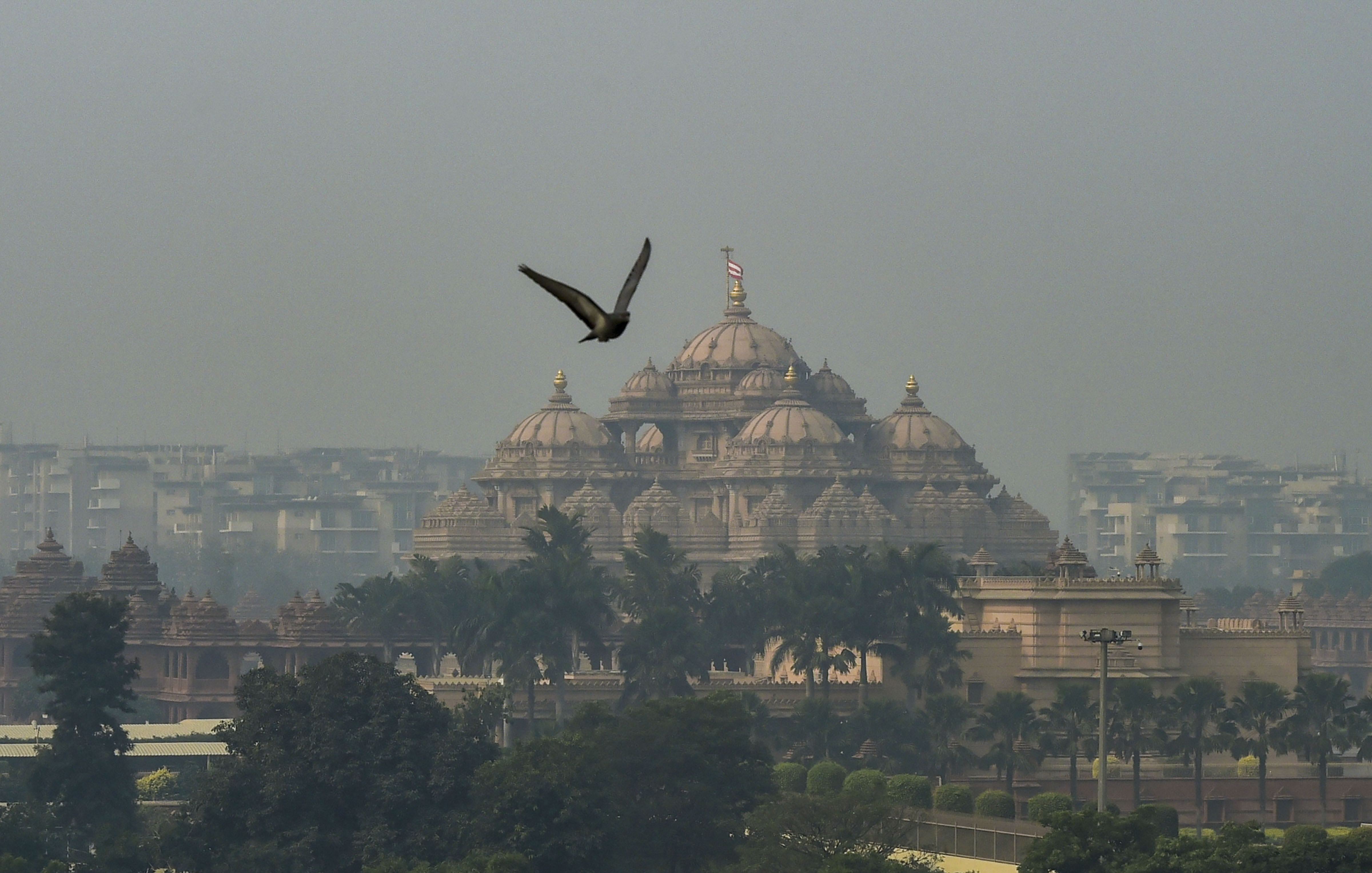 A layer of haze enveloped the national capital a day after Diwali as the city's air quality on Monday plummeted to the 'severe' category for the first time this season with a large number of revellers brazenly flouting the Supreme Court-enforced two-hour limit for bursting crackers.

Delhi's apprehensions came true despite the top court's order that only green firecrackers, which cause 30 per cent less pollution, can be manufactured and sold as well as Arvind Kejriwal government's decision to organise a mega laser show in an effort to dissuade people from bursting crackers.

According to the ministry of earth sciences' air quality monitor, Safar, levels of PM2.5 tiny particulate matter of diameter 2.5 or less than 2.5 microns that can enter deep into the lungs reached as high as 735 at Delhi University.

Delhi's overall air quality index (AQI) stood at 463 at 11.30 am, according to the System of Air Quality and Weather Forecasting and Research (Safar).

Safar said an increase in the wind speed will help disperse pollutants and the pollution levels are expected to come down by evening.

It had earlier predicted that Delhi's overall AQI would enter the severe category between 1 am and 6 am on Monday, primarily due to firecracker emissions, unfavourable weather and a significant spike in stubble burning.

People could also be seen bursting crackers before 8 pm, however, the intensity remained low.

With Delhi's air quality plummeting to dangerous levels around Diwali every year, the Supreme Court in 2018 banned polluting firecrackers and ordered that only green firecrackers, which is said to cause 30 per cent less pollution, can be manufactured and sold.

But the green pyrotechnics have failed to draw good response both from sellers and buyers, primarily due to lack of variety, limited stock and high prices.

The Delhi government had organised a four-day laser show from October 26 to encourage people not to burst crackers this Diwali and chief minister Kejriwal had said the move aims at encouraging a 'community-focused and pollution-free Diwali'.

Last year also, people continued to buy the conventional firecrackers and use them.