Two months ago, on June 19, Prime Minister Narendra Modi had claimed that no one had crossed into Indian territory or held Indian posts 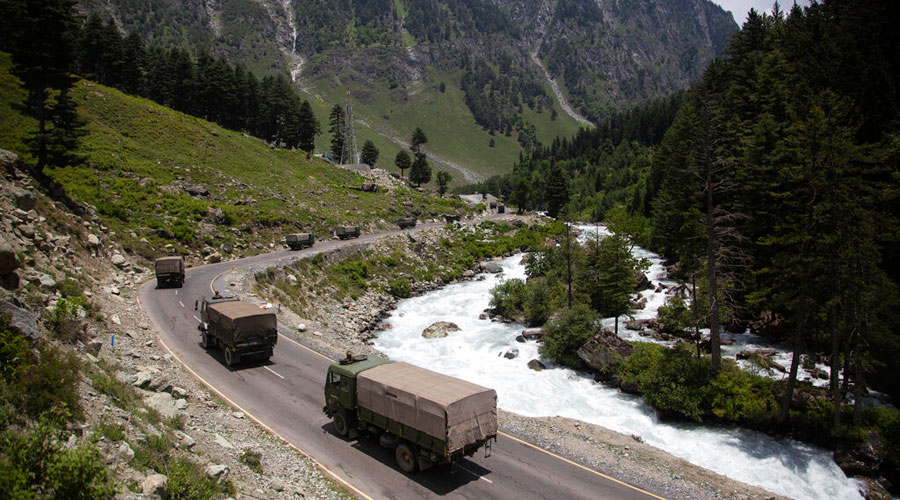 Diplomatic talks between India and China on Thursday failed to achieve any breakthrough, amid indications that Beijing was still resisting New Delhi’s demand for a restoration of status quo ante on the border and setting conditions for disengagement.

A brief statement the Indian foreign ministry issued after the talks seemed to suggest, for the umpteenth time, that achieving complete disengagement from all the friction points along the Line of Actual Control continued to be a challenge.

While India too spoke of the need to resolve “outstanding issues” speedily “in accordance with the existing agreements”, this was seen as an acknowledgement of the difficulties of restoring full status quo on the border.

China’s mention of “remaining issues” evoked memories of how, two days before the July 14 military talks, Beijing had laid fresh claims to the Pangong Lake areas where its army has reportedly occupied an 8km stretch within India-claimed lines.

Beijing’s statement said: “The two sides reviewed the recent situation in the border areas between China and India, positively evaluated the progress made in the disengagement of the frontline forces of the two countries, exchanged candid and in-depth views on the remaining issues on the ground, and enhanced mutual understanding.”

The two sides, it said, “continue to maintain dialogue and communication through military and diplomatic channels, (to) further cool down the border situation”.

The Chinese statement also said that the two sides would “properly handle the remaining issues on the ground, and jointly maintain peace and tranquillity in the border areas”.

India’s statement said: “The two sides will continue to sincerely work towards complete disengagement of the troops along the LAC in the western sector. In this context they agreed to resolve the outstanding issues in an expeditious manner and in accordance with the existing agreements and protocols.”

The statement said the two sides were in agreement that the restoration of peace and tranquillity at the border was key to the overall development of bilateral ties.

“The two sides further acknowledged the need to maintain close communication through both the diplomatic and military channels so as to ensure complete disengagement,” it said.

Two months ago, on June 19, Prime Minister Narendra Modi had claimed that no one had crossed into Indian territory or held Indian posts.

Sources in the security establishment and army veterans have long been saying the Chinese are working to establish a “revised status quo” that will allow them to hold on to their newly acquired positions within India-claimed lines.

During the last military talks, the Chinese are said to have asked the Indians to retreat further from their present positions at the Pangong Lake as a precondition for disengagement.

Despite a series of military and diplomatic talks since May, the Chinese have not disengaged from the areas they recently occupied along the Pangong Lake or in Hot Springs or the Depsang Plains.

A security official attached to the Union home ministry said the Chinese had “rushed in additional high-speed boats to the Pangong Lake to strengthen their positions and patrol more aggressively”.

He said India too had brought in a few boats to counter them. “Tension is simmering and another round of conflict at the lake looks inevitable.”

The current standoff had first escalated with a battle of stones and fists near the Pangong Lake on May 5 that had left several Indian and Chinese soldiers injured.

A military veteran accused both sides of trying to suggest normality in relations through choreographed statements but underlined that this was more surprising on India’s part since it had lost territory.

“It’s shocking that even after a series of unfruitful meetings, including the latest one, India continues to project an ‘all is well’ picture,” he said.

“Denial seems to have become our policy. Our top political leadership has long decided not to acknowledge the Chinese incursion. But it has boomeranged and may lead to (permanent) territory loss.”